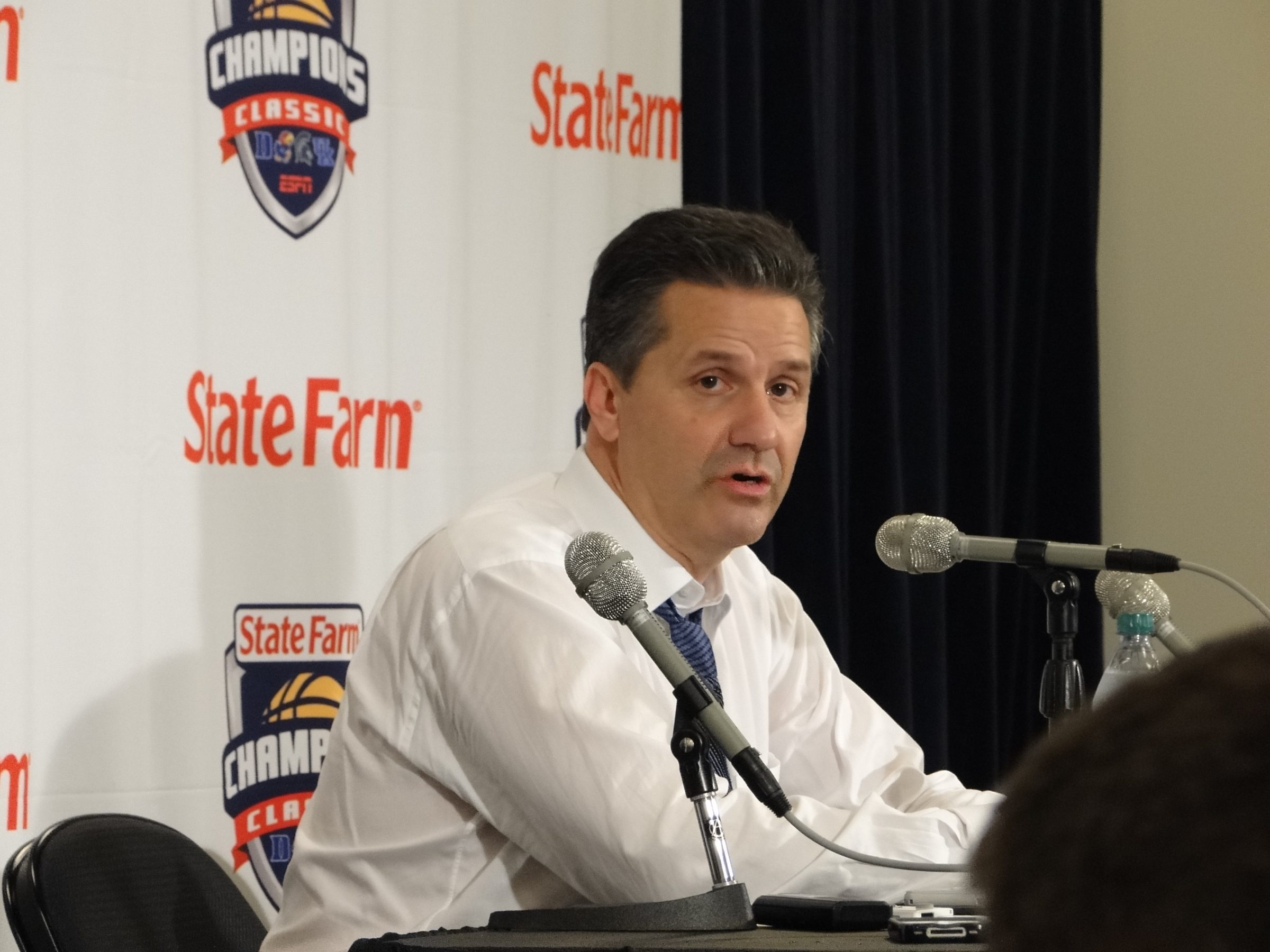 This year, college basketball fans across the nation are in a love affair with John Calipari’s Kentucky Wildcats. Currently at 16-0, Kentucky sits atop both the AP Top 25 and USA Today Coaches’ Poll, as well as the ESPN power rankings and basketball power index. According to vegasinsider.com, the odds for Kentucky to win a national championship are now two-to-three. No, that is not a typo. The odds for the University of Kentucky to win a national championship right now are two-to-three. In other words, you must bet $3 on Kentucky to run the table in order to collect only $2. As a comparison, the next hottest bet, Duke, is currently at nine-to-one odds (bet $1 to win $9 in the event of a Duke national title), followed by Arizona and Wisconsin, which are both at twelve-to-one.

It is clear that Kentucky is the best team in America. They beat a #5 Kansas team (now #9) by over 30, #6 Texas (now #20) by double digits, #21 UNC (now #15) by double digits, and #4 Louisville (now #6) by 8. These wins are impressive, and Kentucky is undoubtedly deserving of the top spot in college basketball. But two-to-three odds to win it all? Two-to-three? Seriously? This team is good, but they’re not the 1972 UCLA Bruins.

Here are 10 reasons why a Kentucky championship is far from certain:

Those still not sold on Kentucky will point out these games as two red flags that cannot be overlooked. On January 6th, Ole Miss, an unranked team with a then 9-5 record, took Kentucky to overtime. Four days later, in Kentucky’s next game, an unranked and then 9-4 Texas A&M team took Kentucky to not one, but two overtimes. In both of these games, Ole Miss and A&M exposed the soft spot of Kentucky’s offense—their relatively lackluster outside shooting ability. By denying anything on the inside to the Wildcats, both of these clearly inferior teams managed to take Kentucky down to the wire. The outstanding Wildcat defense was able to keep Kentucky in the games and ultimately weather a looming upset, but Kentucky’s kryptonite was clearly exposed in the process.

This game hasn’t received much attention because the final score shows a double-digit Kentucky victory, but up until midway through the second half, Kentucky trailed to a substantially weaker team in Columbia. They allowed the Lions to get off to an 11-0 run to begin the game, and subsequently let the Lions maintain control until the late stages. This was the first time we saw an underwhelming energy from Kentucky. They obviously need to bring a higher level of emotion when playing weaker teams, or they will face similar outcomes to the first two-thirds of the Columbia game.

This statistic is another glaring red flag—Kentucky shoots only 45.6 percent from the field, good for 83rd in the country. Kentucky’s saving grace is that they are one of the best offensive rebounding teams in the country, which allows them to extend possessions that would be otherwise cut short by missed shots. Still, coming down the stretch in March, we can all remember teams getting hot from the field at the right time to pull out big games. This team does not have that propensity, and if any team is able to turn a game into a shootout, Kentucky’s odds decrease dramatically.

Conventional methods of measuring opposing strength of schedule indicate that Kentucky is playing as difficult a schedule as almost anyone in the country, but there is another line of statistical analysis that suggests that Kentucky has played teams far weaker on the defensive side of the ball than conventional SOS stats show. Ken Pomeroy’s formula for defensive efficiency ranks Kentucky’s opponents’ aggregate defensive efficiency at 112th in the country. It is just one statistic, but it does not help the case for Kentucky’s offense.

If one team has a legitimate case of challenging Kentucky right now, it is the Virginia Cavaliers. Very quietly, they have been playing championship level basketball. Their offense appears unthreatening at only 70 points per game, but they are highly efficient with their possessions. A head-to-head matchup between Virginia and Kentucky would be a low-scoring game pitting an efficient offense against a formidable defense, and would leave fans everywhere on the edge of their seats.

This point is less damaging to Kentucky because of their depth, but it is worth noting. Aaron Harrison and Devin Booker provide the majority of scoring with Andrew Harrison dishing them the ball and Tyler Ulis responsible for the occasional bomb from downtown off the bench.  Any of these players can serve as a spark on offense, but if an opponent is on an 8-0 scoring run late in the second half of a tournament game, who do they go to with the season hanging in the balance?  This answer is unclear, and without one go-to weapon it can be very difficult to stop the bleeding when they need to in the clutch.

Kentucky’s defense is outstanding. No doubt about it. Far and away the best defense in the country this year, and the best we have seen in a while. However, this point is more about offense than defense. At 7.8 steals per game, they rank 53rd in the country. They are effective in this regard, especially considering they also lead the country in blocks, but not as active as you might expect from an elite defense. This could make it difficult to get out in transition and get easy baskets in a struggle, and could be especially problematic during an offensive dry spell in March.

With the exception of A&M, Ole Miss, and Louisville to a degree, Kentucky hasn’t been forced to play with many different styles. Their formula is simple—tough defense to get stops and an inside presence to score on the other side. However, other than the three teams mentioned above, nobody has been able to starve Kentucky of what they do best. Take that style away, and we see the results. The fact that Kentucky hasn’t been challenged in the interior offensively could cause problems when they face the nation’s elite during the tournament.

This stat in particular comes into play when facing a team that can take away the interior. At 34.5 percent from behind the arc, most of their offensive options do not pose a legitimate threat from downtown. The two exceptions are Devin Booker and Tyler Ulis. It is imperative to prevent these two from squaring up and setting their feet. But beyond them, three-point shooting from Kentucky gets very thin very fast. If Booker or Ulis goes cold and Kentucky is deprived inside, scoring will be an issue for the Wildcats.

This could be the most detrimental individual statistic to the Wildcats—they shoot only 68 percent from the stripe (197th in the nation). Their bigs are the primary culprits. There are a few guards who can shoot well from the line and are capable in end-of-game situations with a lead.  But in a game in which every basket has to be earned, poor shooting from the line down the stretch could come back to haunt the Wildcats.

]Kentucky is a great team, and they are undoubtedly one of the best we have seen in recent years. With that being said, they are not invincible. They can lose, and there are weak spots in their game that teams can and will exploit down the line. They should indeed be the favorite to win in March, but they are not as untouchable as popular opinion presents. 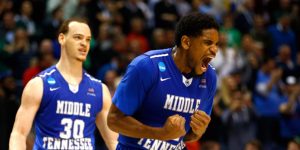