China Chilcano’s combinations prove all that glitters is (edible) gold

Chilcano combines traditional Peruvian cuisine with Chinese and Japanese flair. While the combination may surprise customers, describing China Chilcano as “fusion” would be erroneous. This union of flavors is firmly grounded in a long culinary tradition, beginning with the immigration of Chinese and Japanese to Peru in the beginning of the 19th century.

The restaurant is divided into three distinct sections. In the first, a red and blue mural by Cecilia Parades dominates the back wall. From the ceiling hang red fixtures that pay homage to the famous Nazca lines in Peru. In the second section, red-painted shipping crates hover from the ceiling, and a fishtank embedded into the wall—from which diners can apparently pick their own lobsters—adds a unique twist. The final section features a ceviche bar that seems to double as a sushi bar.

The menu is divided into a several sections, with everything from classic Peruvian fare to dim sum. For my first foray into this cultural combination, I ordered the Sánguche de Chancho Nipón, or Japanese pork sandwich, from the dim sum menu.The dish came in a wooden box, which revealed a small, golden bun stuffed with a slab of pork, pickled daikon, sweet potato, miso, and aji limo chiles, with a fair portion of hoisin sauce. The bun was slightly sweet, as was the rich pork belly. The sweet potato was served cool, which only drew more attention to the diverse elements of the bun. Although a little heavy on the hoisin and quite small, the dish was just the burst of flavor I was looking for.

My next dish was the California, from the causagiris section of the menu that integrates Peruvian causa and Japanese nigiri. Atop small cubes of potato, avocado, and cucumber sat jumbo lump crab with huancaina sauce, topped with flashy orange tobiko caviar. Dipped in spicy mayo that accompanied the dish, these tiny mouthfuls were oddly delightful.

My main course was Lomo Saltado, a traditional Peruvian dish with a Chinese twist. Four slices of perfectly cooked and seasoned prime strip steak were surrounded by sliced plum tomatoes, spicy shishito peppers, onions, and a heaping pile of crunchy shoestring potatoes. The dish was bathed  in soy sauce and ginger and served in a big bowl with white rice,  and I couldn’t get enough of this cultural smorgasbord.

After just three small plates, I was far from full, so I ordered a fourth, which was certainly the best. The Pegao Norteño, also found in the dim sum section, was beautifully presented, and was equally beautiful on the palate. On top of tender, savory lamb pot stickers and winter squash sauce was a crispy lace crepe, topped with small orange flowers, and edible gold (yes, gold). Each mouthful was a textural masterpiece, the smooth potstickers complemented by the crunch of the lace and the lamb’s delicate seasoning.

Aside from the time spent waiting for orders to come out—which surely with time the establishment will ameliorate—my main concern was with the portion sizes. For high-end cuisine with entrées hovering around $15, one might think this reasonably priced. But be warned; do not go to Chilcano without post-dinner plans or without having eaten something beforehand.

That being said, China Chilcano offers a fantastic dining experience. Chinese and Japanese influence are seamlessly integrated with Peruvian cuisine and culture, coming together to create a bold, exciting dining experience.

Open daily for dinner at 4p.m. 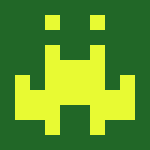