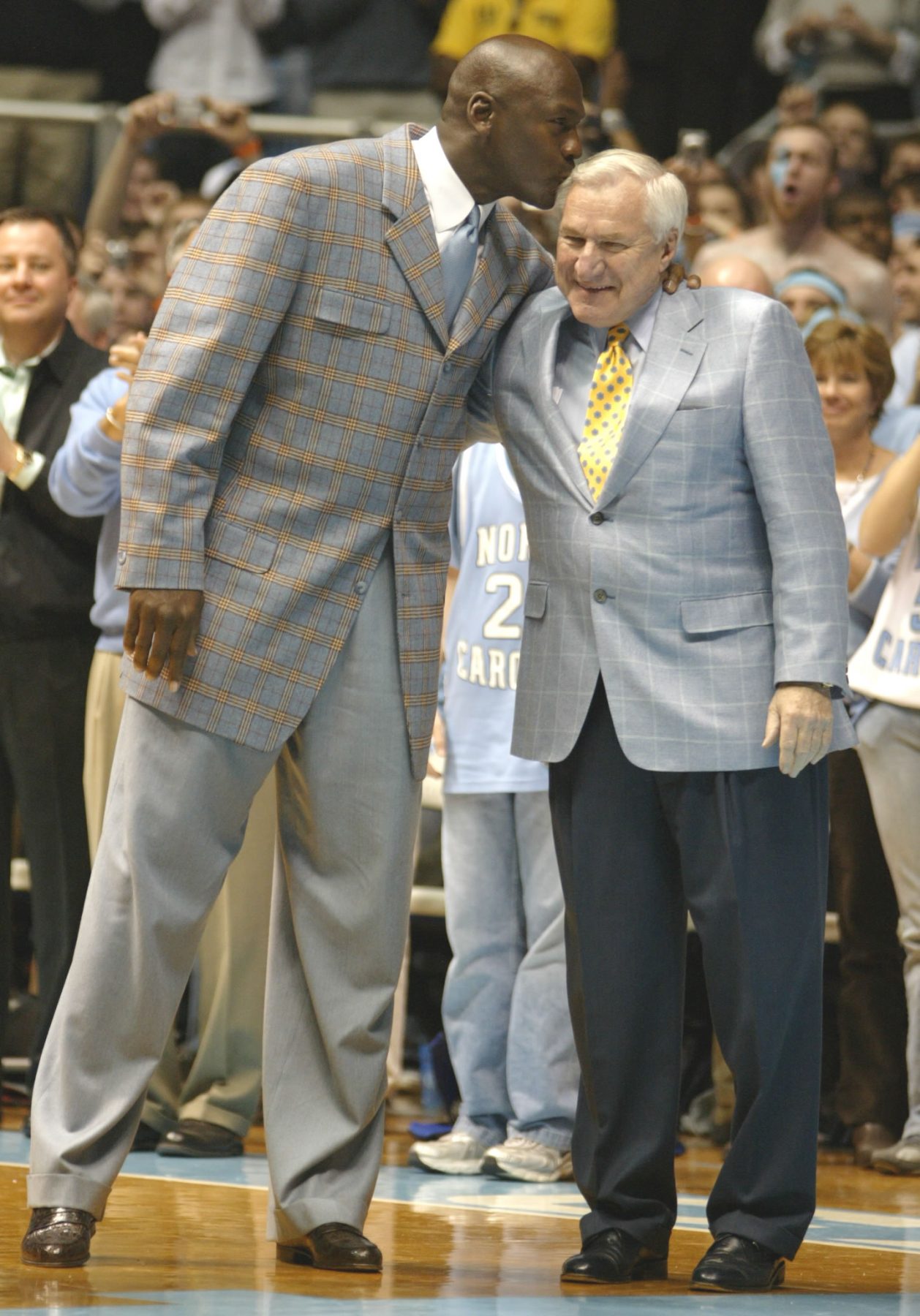 This week the sporting community received extremely sad news as it was reported that legendary college basketball coach, 83-year-old Dean Smith, passed away last Saturday night. The success, influence, and longevity of Smith’s career in college basketball has been matched by few in the last century.

He coached a remarkable 36 years, beginning all the way back in 1961 and going forward to his retirement in 1997. To understand the truly extraordinary lifespan of his coaching career, let’s briefly flash back to basketball in 1961. At that time, the NIT was still competing with the NCAA tournament, the NCAA tournament had only 25 teams, the University of North Carolina had never won an NCAA title (nor did UCLA, Connecticut, Duke, Syracuse, Georgetown, Michigan State, NC State, Marquette, Louisville, Villanova, UNLV, Arkansas, Florida, Maryland, Arizona, or Michigan), the NCAA was still twenty-five years away from drawing a three-point arc, twenty-four years away from adopting any sort of shot clock, and thirty-two years away from instituting the 35-second shot clock.

In short, the landscape of college hoops was far different from what we see today, and Smith was a crucial impetus for many of the changes that are now commonplace. Over the course of his career he won 879 games, which was a record at the time of his retirement in 1997. He took the University of North Carolina to the final four 11 times (an average of just over one every three years). Only Mike Krzyzewski has matched that tally, and only John Wooden took his teams to more (12) . The next closest coaches are Rick Pitino, and Smith’s successor at the University of North Carolina, Roy Williams, both with 7.

Furthermore, Smith’s two national titles put him on a list of only 14 coaches who have won multiple NCAA tournaments. He recruited the first African-American scholarship basketball player, Charlie Scott. He recruited arguably the greatest basketball player of all time, Michael Jordan. He was named the Sportsman of the Year in 1997 by Sports Illustrated. He personally set out to desegregate restaurants in Chapel Hill. He had an absolutely outstanding team graduation rate of 97%. He was the mentor to Roy Williams. He revolutionized the tactics of the game that we see today. He is half of the reason for today’s UNC- Duke rivalry. But, his most famous accomplishment was turning North Carolina into today’s college basketball powerhouse.

Our generation was not lucky enough to watch Smith coach first-hand, but make no mistake, none of the accomplishments mentioned above would have been possible without him. He provided a template for inter-team relationships, success in both the arenas of athletics and academics, was a tactical genius, and defined the meaning of integrity for a generation of college basketball. In today’s world where players are starting to graduate less and less, are losing sense of team loyalty, and are chasing individual fame and wealth more than any team-oriented goal, we can only wish that we had Smith back in the game. We must appreciate the legendary legacy that he left behind, and the magic that he brought to college basketball over the course of his life. He was truly great.

Time for A Change