Pursuing a diversity requirement in the wake of ignorance

The Feb. 19 edition of this paper featured a racially insensitive cartoon called “Beating the Dead Horse,” depicting GUSA candidate Chris Wadibia, the only black man in the race, as a horse beaten by two white candidates. Regardless of the intent of this cartoon, the imagery hearkens back to a history of the lynching and beating of black people by whites. The image actively dehumanized a black member of our community and tacitly condoned centuries of the race-based violence that continues today, as evidenced by the recent events in Ferguson, Staten Island, and elsewhere across the nation. I and many others were appalled that the Voice’s editors neglected to realize the harmful implications of this cartoon.

My intent, however, is not to shame this paper or the cartoonist, but to point out a larger problem at Georgetown. Dylan Cutler, the cartoonist himself, spoke at a town hall this Sunday, about the cartoon. He mentioned that his privilege and lack of perspective prevented him from seeing how this satire could affect others—that, effectively, his lack of awareness was responsible. This incident indicates the need on Georgetown’s campus for increased education on and awareness of the experiences of people of color as well as other marginalized communities. This need should be met by a Diversity Requirement in the core curriculum. If Georgetown followed the example of schools like Yale, Brown, Cornell, and Dartmouth in adopting such a requirement, we could live up to our claims of community in diversity and being individuals for others.

Without providing students the language to talk about the power differences between us, Georgetown is failing to create compassionate and educated people who are truly ready and able to connect with others. The divisions between people based on their race, religion, ability/disability, sexuality, gender and gender identity, immigration status, class, or other identity category permeate every area of life at Georgetown and beyond, and the relative degrees of power and privilege associated with them shape participation in society. In neglecting to provide a classroom environment to discuss these issues, the university is alienating members of our community and leaving others ignorant. We students currently pay tens of thousands of dollars for an education that fails to teach us about dynamics that govern social relations and produce oppression and inequality. If we want to “educate the whole person,” we must do so in a way that prepares the future leaders of our world to engage deeply with these issues and work for justice. The consequences of failing to do so are dire, and the time has come for Georgetown to adequately prepare its students for the world in which we live.

Since 1991, students have been fighting for a diversity requirement, but none has materialized. A litany of committees—the Subcommittee on Cultural Diversity in the Curriculum in 1991, the Diversity Working Group in 2004, the Student Commission for Unity in 2007, the Academic Diversity Working Group in 2010, and the current Provost’s Committee for Diversity—have all made steps towards curricular change, but all have failed to achieve this much-needed reform. When students with high involvement graduated, these administrative committees lost the impetus to prioritize the addition of a diversity requirement. Now, however, a group of students that includes under- and upperclassmen is renewing the push, seeking to present a requirement proposal to the Main Campus Executive Faculty, the body with the power to approve curricular change.

Here’s what we students must do: urge faculty, especially any faculty who sit on the Main Campus Executive Faculty, to vote to approve the proposal for an “Engaging Differences” requirement. This proposal would require students to take two courses, one in a U.S. and one in a non-U.S. global context, that are designated as Engaging Differences courses. As an overlay course requirement, any course that satisfies this requirement would also count towards fulfilling another curricular requirement. Thus, there would be no overall increase in requirements. As stated in the current proposal, over 80 courses already taught in Spring 2014 could have satisfied the proposal’s learning goals, ensuring that students “learn to recognize and articulate how various forms of human diversity shape their understanding of cultural, social and political conditions in a complex world” and teach students “to engage difference with critical empathy and openness.” Students can also sign the petition in support of the adoption of the diversity requirement at tinyurl.com/GUDiversity.

There is a way; we just need the will. We can all agree that Georgetown could use a little more empathy and openness, and a diversity requirement is the concrete way we can create a campus that lives up to our high ideals. 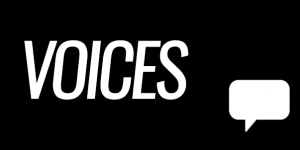 Carrying On: Getting Comfortable with the Discomfort of Diversity