Home » Leisure » Plan B’s food not worth the morning after 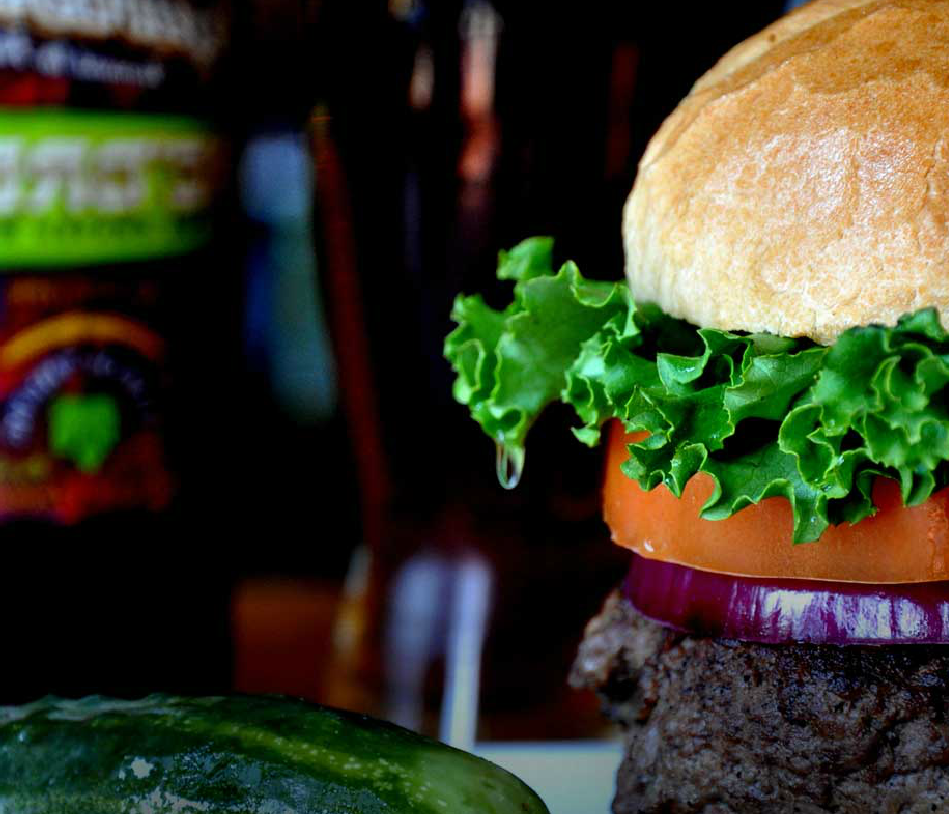 Plan B’s food not worth the morning after

Every Plan A needs a Plan B. Unfortunately, Plan B Burger Bar was, at best, a Plan C. As a transfer from a college outside of Boston, I can attest that nothing good comes from New England. In this case, Connecticut, the home of the first Plan B, has bequeathed the District with a merely decent mini-chain.

Greeted with the hostess’ station’s bookshelf rather than the hostess herself, we decided to seat ourselves ten minutes after our arrival. On our way to self-selected seats, we admired Plan B’s beaux arts lightbulbs and burnished wood, a Bioshock-esque attempt at celebrating Prohibition America. With a cocktail menu that would make Hemingway swoon and a beer list that would make any mustachioed Brooklyn hipster salivate, Plan B looked to be an excellent choice. Unfortunately, appearances are rarely reality.

After being regaled with ordering instructions (a choice between “pink” and “no pink” for burgers, essentially medium or well-done), and the theme of the restaurant (the B stands for burgers, beer and bourbon), we started our night with cocktails. One of which was a Sazerac, a classic New Orleans cocktail concocted of Sazerac rye whiskey, bitters, absinthe, and sugar, garnished with a twist of lemon. Admittedly, the drink is very complicated, enough to make any bartender in D.C. groan, but we were disappointed to receive a beautiful cocktail absolutely drowning in a sea of bitters.

In general, Plan B seems to be a place that likes to cut corners. The best dish we had by far was not a burger, but rather the appetizer-sized mini beef Wellingtons. Perfectly seasoned, wrapped in pastry that melted on the tongue, and served on a bed of blue cheese béchamel, these tiny Wellingtons were no doubt as good as, if not better than, their fully sized cousins a block away at the Caucus Room.

A closer look, however, revealed that the beef itself was clearly cooked sous vide, the same method by which Chipotle cooks its steaks in huge vats outside of Chicago. Similarly, though the Cobb salad consisted of crisp lettuce glazed with tangy ranch dressing, it was as if had not been mixed, as many of these parts rested on top of the dish. Finally, the run-of-the-mill french fries were clearly flash-fried and no different from the “fries” of Leo’s.

With the burgers, we ended on a sour (well, under-seasoned) note. The choice between pink and no pink turned out to be a choice between parched medium-well and desertified medium-well. Though the “Bacon Cheese” burger was reasonably juicy, it was only on account of the garlic mayo that doused it, complimented by sickeningly-sweet caramelized onions. Though these burgers were good, certainly better than almost any fast food burger you’ll find, they failed to live up to the hype.

As my friend said at the end of our meal, “this is the kind of place you bring a first date you don’t plan to go very well.” I couldn’t agree more. My advice? Don’t put yourself in the position where you and your date need Plan B.