The Chase Utley Suspension: The Consequences of Hard Play 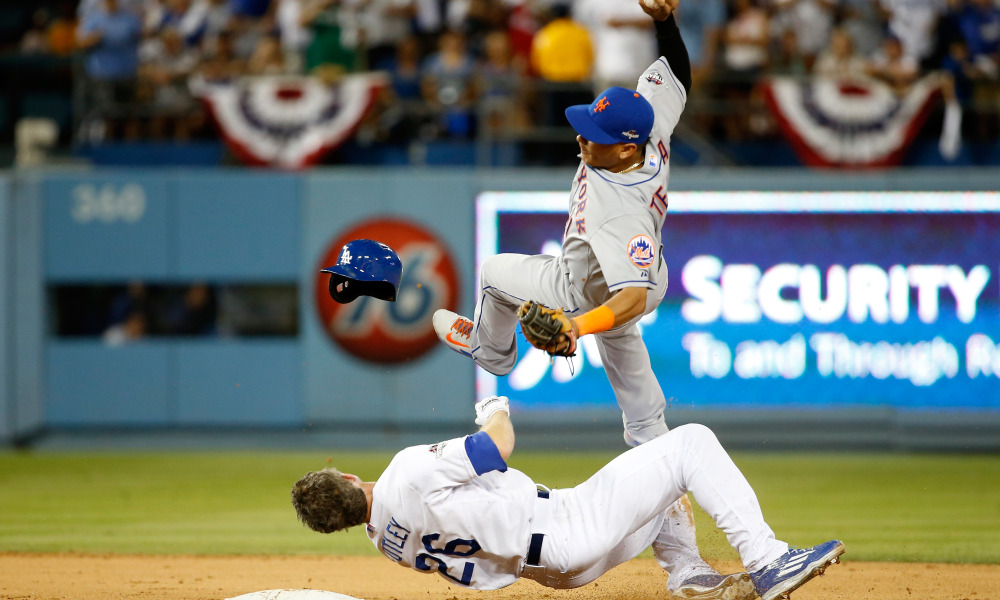 On Saturday night, during the seventh inning of Game 2 of the NLDS between the Los Angeles Dodgers and the New York Mets, Dodgers infielder Chase Utley, in sliding to break up a double play, broke the leg of Mets shortstop Ruben Tejada.  According to Joe Torre, who decided to hand Utley a two-game suspension on Sunday night, the slide “was in violation of Official Baseball Rule 5.09 (a)(13), which is designed to protect players from precisely this type of rolling block away from the base.” During the game, however, Utley’s slide was deemed legal by the umpires, and Utley was declared safe at second base. Utley is currently appealing the suspension.

The rules of baseball are very much open to interpretation—baseball is, by its nature, a game of judgment. Baserunners attempt to break up double plays every game. Sometimes, however, things go awry—as was the case for Utley and Tejada. The question of whether or not Utley’s slide deserved punishment is up for debate. Upon watching the video of the play in question, Utley certainly looks like a villain. Sprinting at full speed, Utley appeared to propel all of his momentum towards Tejeda’s legs. It looks as if the end result was premeditated. However, this was almost certainly not the intent of Utley, who reportedly feels terrible for hurting Tejada.

Utley’s agent, Joel Wolfe, explained in a statement, “Chase did what all players are told to do in this situation—break up the double play… we routinely see plays at second base similar to this one that have not resulted in suspensions… (Chase) would never hurt intentionally hurt anybody.”” Wolfe brings up a good point—these types of plays occur in each and every major league game, multiple times. However, most of them do not end in broken legs. Had Tejada not been injured by Utley’s slide, no suspension would be in place, and the play would be soon forgotten.

For example, Kevin Pillar of the Toronto Blue Jays successfully broke up a Tampa Bay Rays double play back in April with a hard slide not unlike Utley’s. The slide was contested, and deemed legal. Had the Tampa Bay shortstop not successfully maneuvered himself away Pillar’s hard slide, and instead broken his leg, as did Tejada, would Pillar have been suspended for an illegal slide? It is interesting question. Joe Torre admits that is it extremely difficult for umpires to differentiate between good, hard plays and illegal slides. Major League Baseball has had ongoing discussions regarding the protection of middle-infielders in double play situations, and will continue to have those discussions throughout the postseason.

Don Mattingly, the manager of the Los Angeles Dodgers, stresses the importance of perspective as well. Had David Wright, the pride of Mets fans, been in Utley’s position, New York fans would not hesitate to support him. Utley is, as a Dodger, the villain for Mets fans. Naturally, the Mets and their fans wholeheartedly support his punishment.

An example of a play that did involve malicious intent occurred in 1996 and involved Albert Belle and second-baseman Fernando Vina. Vina fielded a ground-ball, and proceeded to tag Belle for the out…but not before Belle crushed him and sent him to the ground. In this case, intent is clear—but Belle was not even ejected, perhaps because Vina was not injured.

How does this relate to the play involving Utley and Tejada? Utley was only trying to keep the inning alive for his team, and in doing so, caused injury to an opposing player and was suspended for it. Belle, on the other hand, acted aggressively for no reason at all, and could have caused injury—but because he didn’t cause injury, he was not even ejected, much less suspended. This seems hypocritical, although it is worth noting that the two events took place nearly twenty years apart. Rules have become stricter in baseball, and as Utley’s case proves, Major League Baseball has a need to reduce the contradictions and interpretations that the rules invite. There is no reason why umpires and league officials should have to make conflicting decisions.

“I cannot live without books”: The 2015 National Book Festival