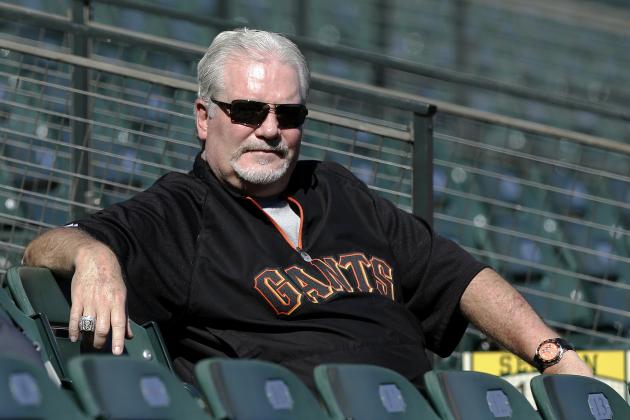 The 2015 Major League Baseball season is over, but the 2015-2016 offseason has officially begun. The beginning of the offseason is an exciting time for baseball fans all across the country. As soon as the last out of the World Series is recorded and the champions are crowned, every team falls back to square one. Fans of each organization wonder how their beloved teams will restructure their rosters to make a push for next season. Any team, by making the right moves, can transform themselves into contenders for a playoff run in 2016. Just a few years ago, the Kansas City Royals and New York Mets, the 2015 pennant champions, were among the worst teams in the Major League. Through strategic moves and player development, both teams were quickly able to catapult themselves to the game’s highest stage. Nobody knows who next year’s surprise teams will be.

This offseason will be especially exciting. Many of the game’s great players are up for grabs as free agents, and several more are entering the final seasons on their contracts as possible trading chips. The addition of one or more of the many available stars on the market this offseason could immediately bolster any team’s 2016 hopes.

Many teams will focus on filling holes in their pitching staffs, and there are many excellent pitchers on the market right now. Most notably, David Price and Zack Greinke, both of whom are coming off of Cy-Young caliber seasons, are available. Price, a durable left-hander with a high strikeout rate and a proven track record pitching in the hitter-heavy American League East, is likely to command a lucrative contract like those received last offseason by Max Scherzer and Jon Lester—look for the Yankees, Cubs, and Dodgers to make serious pushes for Price. Zack Greinke, the likely National League 2015 Cy-Young winner, finished with a historic campaign, in which he went 19-3 with a 1.66 ERA. Three seasons ago, Greinke signed a six-year, $147 million contract with the Dodgers. After a dominant run in Los Angeles in which he went 51-15 with a 2.30 ERA, Greinke exercised his midpoint opt-out clause in order to test the free agent market. The Dodgers will certainly attempt to re-sign Greinke, but the Yankees, Cubs, and Giants will also vie for the right-hander.

For those teams who are unable to land Price or Greinke, there are plenty of other excellent pitchers on the market. Jordan Zimmermann, for example, had a 3.14 ERA and a desirable low walk rate in 2015. Johnny Cueto (2.51 ERA over the past five seasons), Jeff Samardzija, Mike Leake, Yovani Gallardo, Wei-Yin Chen, Scott Kazmir, Marco Estrada, and John Lackey are all also available either as free agents or through trades, as are relief pitchers Darren O’Day, Joakim Soria, Tyler Clippard, and Ryan Madson.

As for position players, there are also plenty of different attractive options. There are plenty of names for teams who want to add power hitters, aggressive baserunners, defensive stalwarts, or hitters who consistently get on base. Available power hitters include first-baseman Chris Davis, who led the league in home runs in two of the last three seasons (53 in 2013, 47 in 2015), outfielder Justin Upton, catcher Matt Wieters, outfielder Colby Rasmus, and first-baseman and outfielder Steve Pearce. Anyone in this group would provide a crucial big bat in the middle of the lineup for a team who would like to contend next year.

For teams who would like speedy and versatile defensive players, 26-year-old outfielder Jason Heyward, who is a gold-glover with three straight seasons of at least 20 steals, is the top prize in the market. For teams unable to land Heyward, Gerardo Parra serves as a possible consolation prize. Parra has a career .326 OBP and is also an exceptional defensive presence in the outfield. Yoenis Cespedes is another outfielder heralded for his defense, and he can also bring momentum to the lineup, as he showed when he was traded to the New York Mets midway through the 2015 season. Alex Gordon is also a defensive spark in the outfield who had .377 OBP in 2015. Ian Desmond is the best shortstop on the market, and second baseman/outfielder Ben Zobrist will certainly be attractive to teams who desire a player who can seemingly do everything—switch-hit, play multiple positions, and carry a high WAR.

There will be many familiar faces donning different colors come spring training in late February. It’s difficult guess where all of the players named above will end up, and it is nearly impossible to predict which ones will end up having dramatic impacts on their teams throughout the 2016 season. Hold onto your seats, it’s going to be an offseason for the ages.