You win some; you lose most. Sorry if I have to be the one to break it to you, but the world is a cruel place, and there’s nothing any of us can do about it. Keeping that in mind, let’s take a look at everyone who took an L in college football this past weekend.

It’s already really hard to root for any non- North Dakota State team in the FCS. NDSU has won five straight FCS National Championships. Every fan of a smaller program in the country knows in the back of their mind that they will eventually have to face the Bison, and they will probably lose. This year, however, there was a chance that the boys from North Dakota wouldn’t be able to continue their success. Without Carson Wentz, it was possible that we would see an era of FCS football without NDSU dominance. Those doubts have been answered, and all it took was a win on the road against the #13 FBS team in America: Iowa. NDSU barely needed a QB; their run game would prove enough to beat the Hawkeyes on a field goal as time expired. Any team that has to play the Bison this year should watch their eight minute, full length drive from the fourth quarter on Saturday afternoon. And they should be afraid.

If you’re a fan of either Texas or Georgia State, yesterday was a rough one. The then #11 Longhorns lost to unranked Cal in Berkeley. Texas put up 43 points, but their defense could do nothing to stop Cal’s quarterback Davis Webb who threw for four touchdowns and nearly 400 yards. The loss moved Texas down 10 spots to the #21 rank, and makes fans begin to question the idea that this was to be Charlie Strong’s year. It’s been a rough decade or so for Longhorns fans, and 2016 has the potential to get really bad really fast.

All things considered, the Georgia St. Panthers did much better than expected. A six- point loss to the ninth ranked team on the road really can’t be considered a disappointment, but you can’t help but think that Wisconsin should not have gotten the win today. Georgia State led with 11 minutes to go, and Wisconsin had to bring in their backup quarterback in the third quarter. Georgia State will leave Madison feeling much better than they could have felt, but knowing they were close to much more.

Alabama’s come- from- behind win over Ole Miss on Saturday was quite impressive, but as long as this team is winning, the rest of the sport loses. First off, an Alabama win makes Nick Saban happy, which automatically makes it a bad thing. More importantly, however, Alabama’s wins are bad for the rest of the SEC and worse for the rest of the sport. Absolute dominance by this team just means that come December, we’ll have to watch Alabama dominate yet again. No one wants to see that. An Alabama team that can’t lose just makes for one less interesting game per week, and will do nothing but continue their victories. Recruiting in the south is hard. It’s harder when you have to beat out the Tide.

After Oklahoma lost at home to Ohio State by over 20 points, Sunday marked the first time in the 80 year history of the conference that none of its members was ranked in the top 15 slots of the AP rankings. Although the majority of the conference’s teams won, its two best teams: Texas and Oklahoma, lost. Considering these two teams play each other later on in the season, it is unlikely that either will be able to make the playoffs with one or two losses. The Big 12 is already having an identity crisis as it goes through its expansion process, and a 2016 season without any playoff teams will not help them.

I still haven’t figure out which is at fault, here: my computer or Georgetown’s horrendous WiFi. Either way, internet buffering caused me to miss multiple plays in my afternoon streaming. Just as NDSU lined up to attempt their 2- point conversion, the Watch ESPN screen on my computer froze up, and I let loose the stream of expletives I usually reserve for Notre Dame missed tackles. As the afternoon went on, I missed three third downs and an Ole Miss touchdown. If I remember correctly, by the time the 8:00 game slot started I had twice been ready to throw my computer into the Potomac and cursed the IT staff of the university For Generations to Come. 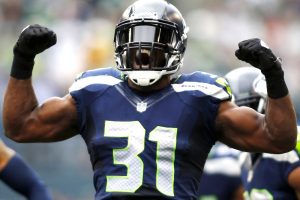