Will an “International Draft” Come to Baseball? 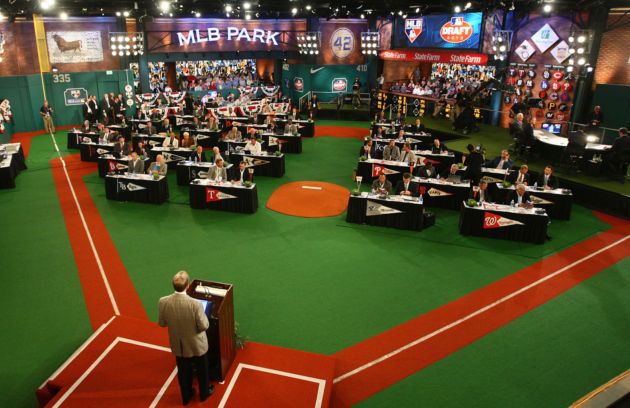 The Los Angeles Dodgers announced they have come to terms with two top Cuban prospects—19 year-old Yusniel Diaz and 17-year old Omar Estevez, and have signed them to bonuses of $15.5 million and $6 million, respectively. The Dodgers have also signed six other Cuban ballplayers over the last three months, and they have signed twenty-eight international prospects to contracts since the international signing period began in July. The Dodgers have also doled out lucrative contracts to Cubans over the past several years—most notably, Yasiel Puig, in 2012, received a seven-year, $42 million deal, and Alex Guerrero received a four-year, $28 million contract in 2013.

The Dodgers are perhaps the best example of a handful of wealthy teams who have spent tens of millions of dollars on young, international talent over the past few years. The Red Sox signed outfielder Rusney Castillo to a $72 million contract in 2014, and less than a year later, signed 19-year-old Yoan Moncada to a similarly lucrative contract of $31.5 million. The richest MLB teams believe that they can virtually receive the equivalent (or better) to a number 1 pick in the draft simply by spending money—these are teams who will spend money easily and willingly.

With the rise in expensive international signings has come intense criticism from baseball experts. The development of an international “arms race” has developed—there are now teams who are talking to players as young as 14 years old in order to get ahead of the game. In doing so, teams are violating a number of international player rules. In addition, the richest teams are gaining an unfair advantage over teams who do not have the same monetary ability to spend tens of millions of dollars on young, foreign, and unproven talent. Some teams, like the Baltimore Orioles, Detroit Tigers, and Miami Marlins are vehemently opposed to spending on international talent. Finally, the rise of international contacts put proven American high school and college-aged talent at an economic disadvantage—there are stricter rules about how much money can be given to a draft pick as opposed to an international player.

In June, MLB commissioner Rob Manfred hinted at a solution to the uncontrolled rise of expensive international signings—an international draft. Manfred hinted that the MLB draft should emulate the drafts of the NBA and NHL in becoming more global—Cuban, Venezuelan, and Mexican ballplayers could be selected in the MLB draft alongside their American peers. This sounds ideal—it seems best that all ballplayers, no matter their origins, should enter American professional baseball through the draft. However, the establishment of an international/global draft is deemed by some to be unattainable.

For one thing, this “international” draft would only draw in ballplayers from two countries: Venezuela and the Dominican Republic. Countries like Cuba, South Korea, Taiwan, and Japan, who already have established leagues, would not consent to letting their own natives declare for the MLB draft, for obvious reasons. But even countries like Venezuela and the Dominican Republic may oppose the implementation of an international draft—they want to protect the system that results in multi-million dollar contracts for young players that often contribute to the construction of spectacular baseball facilities throughout those countries. The players themselves, too, would much rather receive the million dollar contracts associated with the signing of foreign players than to be subjected to the much smaller contracts doled out by teams in the MLB Draft.

For American baseball, an international draft makes much more sense—there is growing unhappiness with the current system. Small-market teams are clearly unhappy and feel at a disadvantage when teams like the Dodgers can spend as much money they want in order to stockpile their organization with future franchise players. But if countries like Venezuela and the Dominican Republic sense that an international draft will lead to a reduction in investment in their respective countries, they will have no part in plans for a more global draft.

Alarmingly, when asked what could happen if countries like Venezuela and the Dominican Republic refuse to cooperate with a more global draft, a strong proponent of the world draft replied, “Then their players won’t play in the Major Leagues.” As extreme as this sounds—Latin baseball players will always want to play in the Major Leagues and will always be drawn to money—if the greater MLB authorities mandate that other countries give in to their desires, the fallout could be disastrous. International ballplayers are a huge component of the MLB—in a few years, a lack of foreign-born baseball talent would cripple the integrity of a game that is now flourishing.

The best solution, after reviewing the debate regarding the idea of an international draft, is to forgo such a draft. Major League Baseball needs to continue to cultivate the presence of foreign-born talent in America, and it would be dangerous to complicate MLB’s relationship with other countries. The solution is to make more rules regarding the signing of international players and to enforce those rules. A handful of teams bend the rules because the consequences don’t outweigh the benefits of splurging on young, foreign talent that could bolster their organizations for years into the future. If rules are adjusted and better enforced, the negative aspects of international signing will be eliminated. 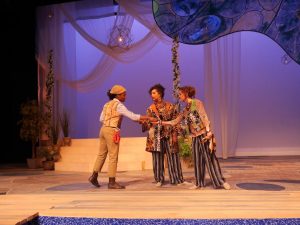