From the moment I entered the Benoy Behl art exhibit, I was mesmerized by the colorful contrast of eye-catching art pieces that lined the stark white exhibit walls. The photographs were small in size, but upon closer examination, contained a complexity and depth that could house a variety of interpretations. The exhibit is located in Walsh, in a quaint, enclosed room. The white interior gives the exhibit a crisp, private space, allowing the viewer to immerse herself in each photograph. Though it may seem confined at first, the room is opened up by the large windows that look out onto the Georgetown area. This serves as a reminder of the exhibit’s external reality; yet, at the same time, the photographs draw you into another world. Behl documents the transmission of Buddha in his series of twenty photographs, which span both time and distance.

Behl opens up his exhibit with Ashoka Pillar at Lumbini, which seems quite unimpressive upon first glance. It consists of a simple dilapidated pillar against a green background, with a jumble of colors dominating the foreground. However, the vibrant Buddhist prayer flags and golden gate surrounding the pillar suggest that there is more to this photograph than meets the eye. In fact, this pillar represents the rich culture of Buddhism by honoring an event of utmost historical significance—the birth of Buddha.

Behl rebelliously disregards conventional photography fundamentals, opting instead to photograph in dim light to capture the intricate details in murals. Strong lighting accentuates details such as the lotus flowers embedded throughout his photograph, titled Mural, Bodhisattva Padmapani, that otherwise would be lost. The bodhisattva gazes down solemnly yet intently for he has a vital purpose in this world. Bodhisattva is portrayed as a selfless individual– vaguely reminiscent of most portraits of Jesus Christ– as he sacrifices his own nirvana in order to help others reach enlightenment. The lotus flowers are the symbol of enlightenment that the bodhisattva bears for those who are lost.

Then came the photograph that epitomizes Behl’s collection, Alms Giving in Laos. Though I have seen this photograph time and time again in various pamphlets and advertisements, it never fails to amaze me. The bright white house and picket fence, dark green foliage, vivid orange robes of the monks, and more dull, gray pavement create a strong visual impression. The most striking aspect of this photograph is that many of the monks are children. This was surprising because they have essentially renounced any chance of a normal childhood to dedicate their lives to this Buddhist tradition. The irony of the scene is that the monks, who are spiritual servants to the community, are being served themselves with food from the locals. These interactions embody a spirit of altruism and community in a single image.

Borobudur Stupa was a personal favorite of mine. Stupas are earthen mounds containing sacred relics; this  stupa in particular evoked the image of drip castles that my friend and I made at the beach when we were young. It is interesting that we immediately related this intricate, historical structure to a simple, familiar memory. This reflected my experience at the gallery—I had ventured on an exotic journey in Southeast Asia, while being steps away from the front gates of Georgetown. This particular stupa was the most compelling and visually stimulating Behl had photographed. Most stupas are made to walk around, but the Borobudur Stupa is different: it is designed for worshippers to climb uphill, and acts essentially as conduit to achieving enlightenment. The three terraces comprising the stupa represent the “realms” of form, formlessness, and desire. The journey to the top, the “realm of desire,” is a daunting one, but is juxtaposed nicely by the blue skies.

Behl’s collection showcases his talent for connecting different countries with the traditions of one religion through impressionable photography. Though most elements of Buddhist traditions remain foreign to me, I was intrigued to learn about a culture different from my own, in such close proximity to my home at Georgetown. Not to mention, the gallery guide written by Buddhist Art class students made it a very comprehensive experience. The exhibit’s simplicity, combined with subtle storytelling and bold photographs, made it truly worth the trip. 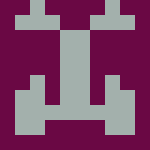 Thanks for the beautiful article – wonder if you have more photographs of this exhibition to share !