Dull Bits Cut Out: The Rising Star of Oscar Isaac 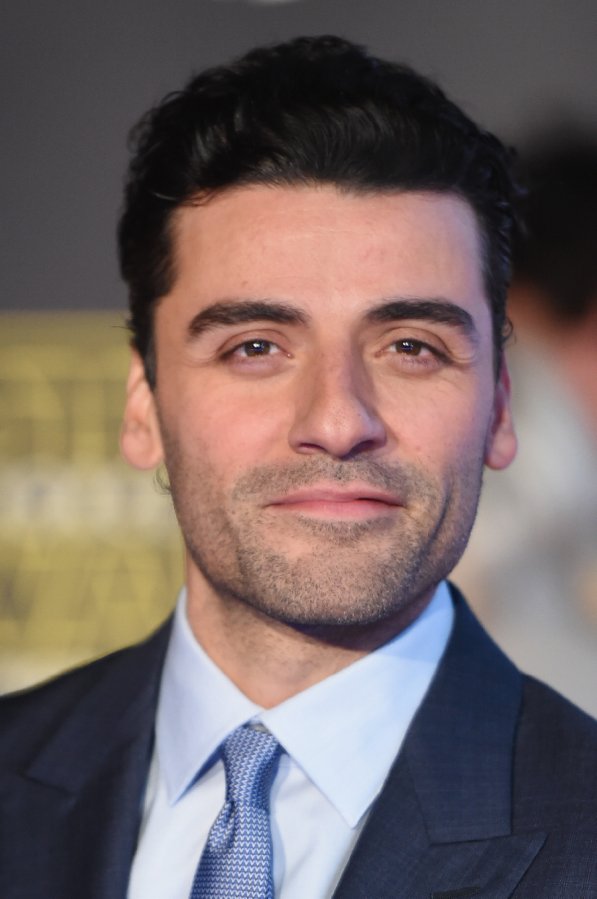 Statistically speaking, if you’re reading this, you’ve probably seen Star Wars: The Force Awakens at least once, maybe even two or three or seven times. While watching the film, you certainly noticed Poe Dameron, the film’s suave fighter pilot played by freshly-minted superstar Oscar Isaac.  You are probably now deeply in love with Isaac, whose easy charisma and catchy line delivery have already captured the hearts of almost everyone who has laid eyes on him. But who is Oscar Isaac? Is he famous? Should you know him? Unlike his equally-charming co-star Daisy “Rey” Ridley, who  practically materialized out of thin air for Star Wars, Isaac has been around awhile and put in some very impressive work up until his newfound (and well-earned) star turn.

Isaac, the son of Guatemalan and Cuban parents, got his first leading role shortly after his graduation from the Juilliard School in New York City in 2005. He appeared as Joseph opposite Keisha Castle-Hughes’ Mary in The Nativity Story, directed by Catherine Hardwicke (who, bizarrely, would go on to direct Twilight immediately after). It was a respectable role and performance, but unfortunately the film saw relatively little critical or commercial success. Isaac would spend the next couple of years taking parts of varying significance, most notably his major supporting roles in a pair of Ridley Scott films: Bassam in Body of Lies and King John in Robin Hood. It was also during this period that he appeared in the Australian war drama Balibo, for which he received some critical attention for his performance as East Timorese president José Ramos-Horta.The film, however, was not much seen nor appreciated outside of Australia.

After 2010, Isaac began to receive more attention as he began to develop his on-screen persona more fully. In 2011, he appeared in the Ryan Gosling arthouse-action hybrid Drive as ex-convict Standard Gabriel. Though his role was limited, he used his brief screen time to great effect, contributing one of the film’s most memorable characters and showing his ability to exhibit a bitter charisma. This experience helped him in his title role in the Coen brothers’ Inside Llewyn Davis, undoubtedly the best showcase for Isaac’s abilities in his career so far.

Inside Llewyn Davis follows the titular Greenwich village folk singer as he drifts from couch to couch and gig to gig, alienating and inconveniencing nearly everyone around him as he fails to find any lasting success. Llewyn is a film — and a role — that is infused with a fair amount of wit but a great deal more bitterness, surviving almost entirely on its lead actor’s ability to maintain the audience’s interest (and, improbably, sympathy) even as the main character deserves it less and less over the course of the film. Isaac’s work as Llewyn Davis — which, with apologies to Poe, I believe is still his most iconic role — shows off everything that’s great about him, from his beautiful singing voice to his command of facial expression to what Adam Nayman calls his “malleable ethnicity” (he sells an Italian-Welsh heritage pretty well here). It’s a performance for the ages, one that can easily stand with such great Coen brothers roles as Frances McDormand’s Marge Gunderson and Jeff Bridges’ The Dude.

Since then, Isaac has had a few notable roles, such as the morally conflicted fuel entrepreneur in A Most Violent Year and the supergenius brogrammer in Ex Machina, but, as commendable as they may be, these both pale in comparison to the impact of his Star Wars stint. And it seems like Isaac isn’t done with the blockbuster life just yet, either, as he’s set to star in X-Men: Apocalypse as the titular villain this summer. This is, of course, wonderful – few recent big-name movie stars have been as obviously talented and deserving of fame as Isaac. There is, of course, the worry that so much mainstream exposure so fast could push him to “sell out,” but I for one am not too worried. Isaac has already shown that he can work the limelight with the best of them, and I doubt he’ll be too strained to stay relevant. So long as he doesn’t stop putting out quality work, gives himself opportunities to stretch his thespian muscles, and just keeps on being charming, I’m convinced people will still be talking about Isaac long after his Poe Dameron days come to a close.