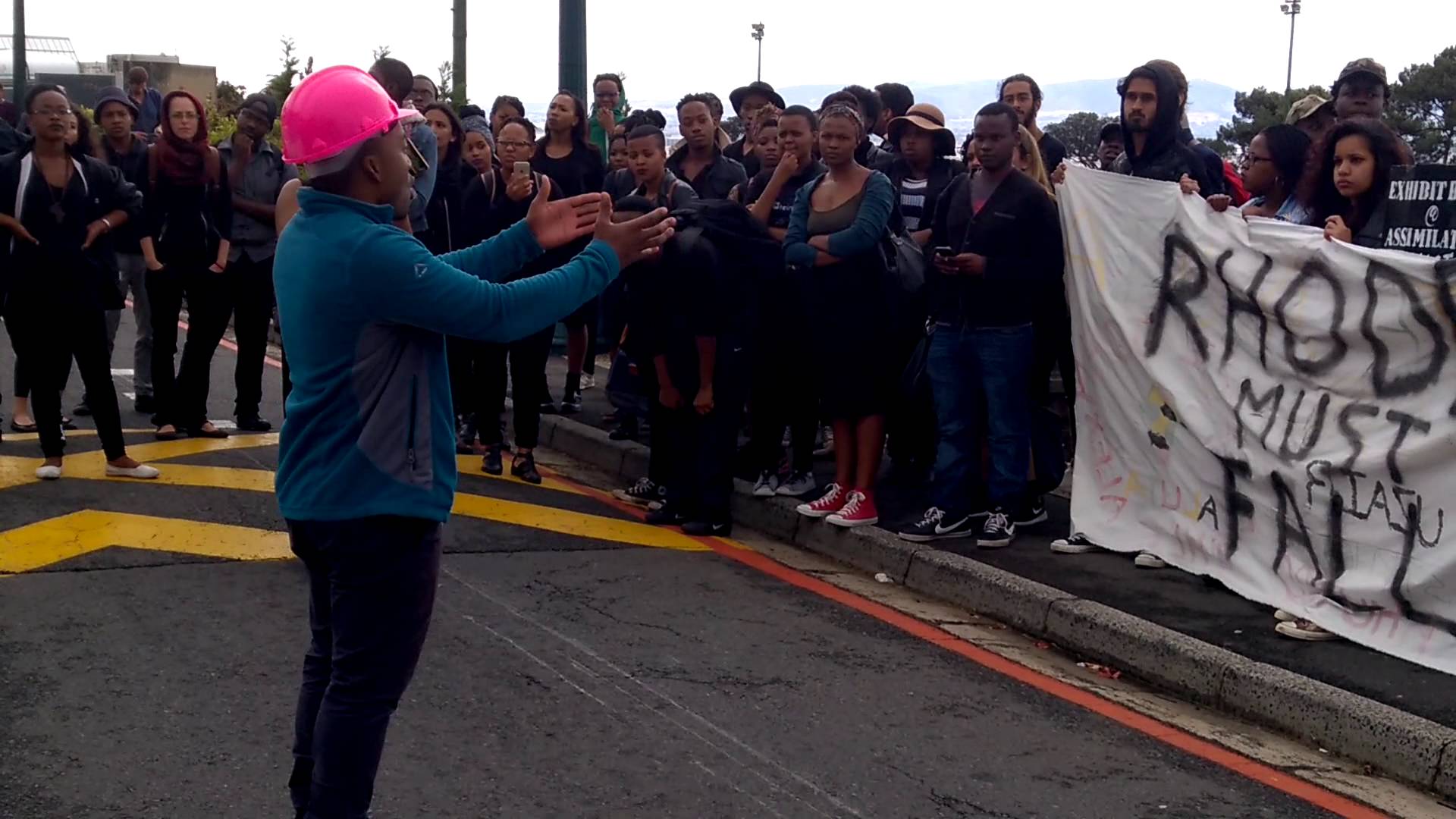 On Feb 15th, students at the University of Cape Town, South Africa started a riot. They vandalized statues, set fire to college transports, firebombed a vice-chancellor’s office, and burnt several paintings in a protest to “decolonise” public education. The internet’s keen-nosed irony hounds quickly discovered that one of the paintings burned was by Richard Baholo, a black anti-Apartheid painter, depicting a figure holding a sign that read “No to violence.”

The riots that resulted in thousands of dollars’ worth of paint and irony going up in flames began in 2015, when students demanded UCT remove the “colonial” statue of Cecil Rhodes, founder of the Rhodes Scholarship. The protests have also denounced student housing shortages and tuition fees, but its primary aim remained to “decolonise” education. The hashtag #RhodesMustFall erupted on Twitter, spreading the protests to Oxford University and UC Berkeley.

From South Africa to North America, we have seen similar protests. In the months past, #BlackLivesMatter protesters took over streets and libraries, blocking traffic and walking out on exams to make their point heard. University of Missouri students protesting in solidarity with Ferguson chanted “White silence is violence!” at awareness rallies. And even at our very own Georgetown, student protests pushed the University to rename Mulledy and McSherry Hall, due to their namesakes’ involvement in the slave trade.

First and foremost, this is a discussion that needs to be held. And in many places, students seem to be the ones leading the discussion. In part, this is because colleges are meant to serve as trade shows for nascent ideas. Social media also allows more people than ever before to participate in “hashtag activism” (hashtivism?) and organize on an unprecedented scale—and as college students in the 21st century, we couldn’t be more plugged in if we could download Buzzfeed straight into our skulls.

What are probably long-overdue conversations about race and inequality in society are being held on a level that borders on involuntary—even people trying to stay out of these discussions wind up exposed. This is good, until works of art wind up on fire.

I submit that there are good and bad forms of protest. And as students as well as citizens, we have a responsibility to know which are which. Civil disobedience should remain an option—the whole point of a protest is to force people to listen to your grievances, and that almost always involves inconveniencing someone. In the same way no one has ever made an omelet without breaking a few eggs, sometimes social change has to stop traffic.

But there comes a line—and it’s usually the line that divides “protest” from “riot” –where the aggrieved party becomes the problem. And burning art we find “problematic” like higher-educated Brownshirts is definitely not helping anyone’s case.

When we protest, it’s our prerogative to make our voices heard. But as annoying as it is to admit, it’s also our responsibility to keep ourselves in check.

As members of #RhodesMustFall and #BlackLivesMatter have complained, peaceful protest is very, very slow. Picket lines and sit-ins don’t have the attention-getting flare of flaming cars. They argue that if the protest is too polite, the powers that be can simply ignore them. And that would be a good point—if protesters had any other alternative.

But this kind of behavior doesn’t just make authority acknowledge protesters-it also gives authority an excuse to write them off as crazed fanatics. Courtesy of a few out-of-control students, every single critic of #RhodesMustFall now has shiny new photos of burning artwork for the front page of their blog. The moderate allies of the protesters, the ones who might otherwise be out in the street, see these pictures and get cold feet. And without the moderate masses on board, the protest is no longer a popular movement—and every university and media outlet is free to write them off. And it is at this point, without widespread public support, that change effectively becomes impossible.

We saw this happen with #BlackLivesMatter—the candlelight vigils ignored on Fox in favor of rioters tipping cars. And unless we practice restraint, we’ll see this happen with every major social movement. Even if you don’t believe in a moral line that shouldn’t be crossed, common sense dictates that the desire to achieve change means we should keep it under control.