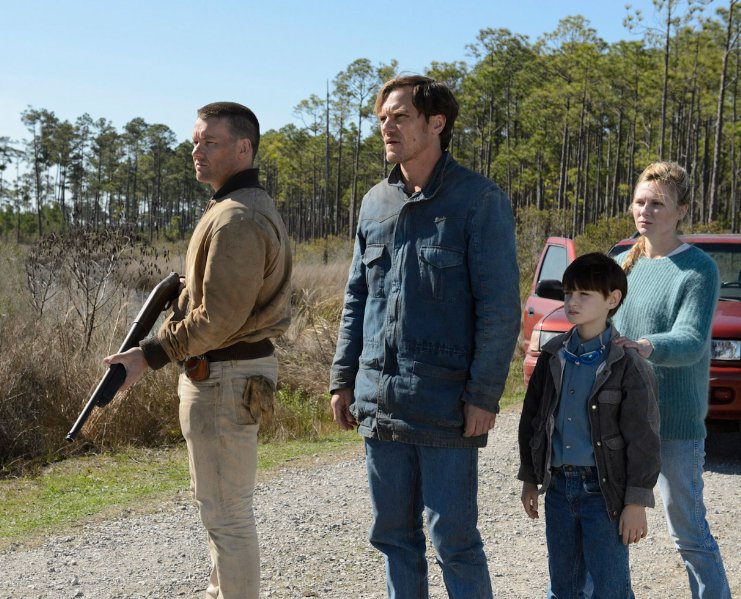 Midnight Special is, in a sense, a superhero movie, but it’s also perhaps the best antidote for the looming superhero overload in the film industry. It shares much of the same spirit of superhero films — fantastic powers, struggles with the reality of said powers, suspenseful chase scenes, and the like — but it also exists entirely on its own. That doesn’t just mean it’s not meant to tie into the next Avengers movie, but also that it exists separately from the normal genre trappings of the “superhero movie” while still borrowing from and mostly existing within that framework to produce something new.

The story follows Ray (Michael Shannon), a former member of a mysterious Texas-based cult who had been using his son Alton (Jason Lieberher) as a tool for their worship. Alton, it turns out, would frequently intercept radio waves, interpret their contents, and shout out whatever he found, something that was recorded as gospel by the cult. Ray, unknown to the cult leaders, had been closely studying these messages and found both a date and a location, the significance of which he doesn’t know, hidden in the signals, and he sneaks his son out from the camp with help from an old friend (Joel Edgerton) and his ex-wife (Kirsten Dunst). From then on, the group is pursued by not only the cult but by law enforcement led by an NSA agent Paul Sevier (Adam Driver) who has become interested in Alton’s abilities.

Admittedly, the story does sound pretty silly on paper, but a simple plot synopsis can’t do the film justice. Even with its rather pulpy storyline, Midnight Special is a subdued and occasionally very tense film, filled with quiet moments of reflection and several grippingly intimate action scenes. A lot of the film lies in the details: the piece of duct tape placed over the peephole of every motel door Ray and company stop at, the giant, unkempt binder Sevier drags everywhere he goes, the hilariously apt Superman comic Alton spends most of the first half of the film reading. These details and more elevate the film beyond a simple story of a dad and his incredibly powerful son into something that feels human even as it becomes more and more alien.

Speaking of small details, the film is also carried by the nuanced performances of its cast, particularly from Shannon and Driver. Michael Shannon is, as always, an incredibly reliable actor, able to convey great emotion through his trademark facade of blue-collar ruggedness that he’s perfected over so many other films (notably in others by Midnight Special director Jeff Nichols — see Take Shelter), and gives the film a firm foundation to stand on. But the real MVP of the film in my eyes is Driver, here giving a role that is both recognizably Driver-y (in his introductory scene, he awkwardly peers into a room as if he thinks he may have wandered onto the wrong film set) but also fairly sensible within a setting an Adam Driver character wouldn’t be expected to function (Girls this ain’t). He brings charisma and even unexpected humor to the film, which saves it from any danger of becoming excessively dour, and, in giving the nominal antagonist of the film such depth and complexity, preventing any sort of easy pigeonholing of heroes and villains.

Midnight Special is a film that flirts with mainstream ideas about movies (in terms of genre and starpower as well as a certain blockbuster-ish sensibility) while still maintaining its indie pedigree. It seeks to entertain more than anything else, but if that’s what it sets out to do, it does it in a way you may not have been expecting. If it doesn’t defy expectations (much of the plot is quite formulaic), it opens new routes to have those expectations met — who says, in 2016, every sci-fi movie has to be as big, fast, and loud as whatever Marvel’s putting out?