Miracles from Heaven: Underwhelming but Uplifting 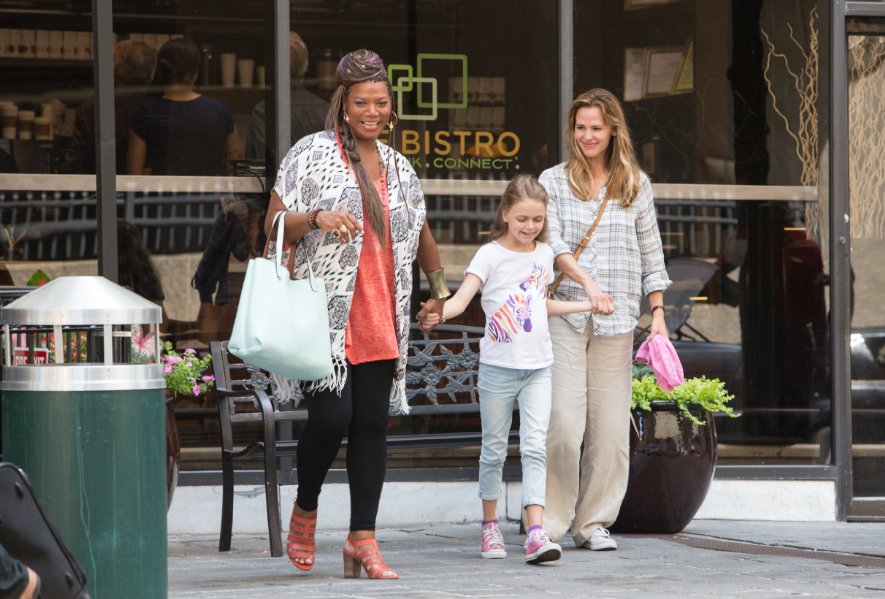 It’s bad enough to fall from a three-story tree, but it’s worse when you’re also sick with a debilitating disease. In fact, one may wager that surviving such an event under such a circumstance is impossible, especially for a young child. Miracles from Heaven tells the story of possibly the only time someone not only survived, but came through better than she was before.

Responsible for the miraculous occurrence is the same figure the characters of the film struggle to understand throughout the movie: God. It’s a moving, hopeful film for everyone, whether you’re religious or not, as long as you can overlook the flaws of the film itself and focus on the story.

Love and faith are the throughlines of this movie, a difficult feat for a film with a plot that begins as hopeless as the Beam family’s does. The tragedy of a child being affected by a painful, life-threatening illness becomes the Beam’s burden to bear when their daughter Anna (Kylie Rogers) becomes sick with an incurable digestive disease. As the family struggles to cope with what they’re experiencing, mother Christy (Jennifer Garner) loses her faith as she witnesses her daughter suffer and her husband Kevin (Martin Henderson) strain to keep the family financially afloat in a sea of medical bills. Despite all the negativity in their lives, the Beams are supported by their friends and by loving people who help them through their struggles. Tragedy strikes the family again when Anna, already fighting for her life, falls from a tree. Anna comes through not only unharmed by the fall, but also completely cured of her disease. She later reveals to her parents that she spoke with God when she was unconscious, and that he told her she would be healed when she woke. The miracle of their daughter’s experience reminds Christy and the rest of the Beam family of the values they built their lives on, and their strained faith is restored.

Miracles from Heaven is a faith film, and though it’s not intended just for Christian audiences, that’s who it appeals to. Even without a religious explanation for Anna’s miraculous recovery, though, the story is amazing, so if you don’t believe in a God, the film’s still worth a watch. There’s nothing particularly spectacular about the film itself; for one, the cinematography isn’t special, the shots all very standard. The music is also annoying, for it’s only there to tell you how to feel, and when it’s not serving as a queue for emotion, it’s random or corny (at one point “Collide” plays as Christy experiences a moment of reflection). On that note, the film itself is pretty cheesy at times, and the romanticizing of late-stage cancer in a significant scene is annoying. If you can ignore these things, though, there’s still an amazing story buried under the mediocre filmmaking. The endurance of the family, the love and kindness of those around them, and the way the director (Patricia Riggen) connects the theme of love throughout the film all work in harmony together to create some touching scenes. The most raw, believable, and moving scenes happen between Christy and Anna while Christy fights to save her daughter, who begins to wish she were dead.

There are some missed opportunities in this movie which could have given it good qualities beyond its extraordinary plot. Miracles from Heaven presents the Beams prior to Anna’s illness idealistically. They’re portrayed as virtually flawless except for the possibility of a financial situation on their hands. Kevin has just started a new business at the film’s beginning, and Christy, (foreshadowing Anna’s medical costs) begins to worry for their future. Despite this, though, they’re still unrelatable, still too perfect. Queen Latifah also makes an appearance in the film as Angela, a new friend to Christy and Anna during their stays in Boston for Anna’s treatments. Her character is minor, and I get the feeling Angela was added in so that the cast could include more stars. Her character doesn’t add much more than happy scenes on which to be reflected at the end of the film during a speech that Christy gives about love to her church.

The strength and love of the family unit in this film made for some great, sympathetic scenes. Besides the story itself, these scenes and a few of the sweet, lighter parts carry the film. The shortcomings already mentioned lessen the quality of the film, though. If you’re a religious person and you can overlook the film’s definite flaws, you’ll at least enjoy this story of faith, love, and the wonder of God’s ways. If you’re not religious, you may still enjoy this film for the amazing story and touching family moments. I’ll add here that I also could have done without the tacky CGI heaven flashback scenes featured at the end as Anna describes her meeting with God. The film itself isn’t great, but the family and their story are touching no matter what you believe. If nothing else, this film will likely put a lump in your throat at one point or another, so if you’re a non-critical, sad film cinephile, you might consider taking the time to see Miracles from Heaven.