Burning Issues: Board to Death 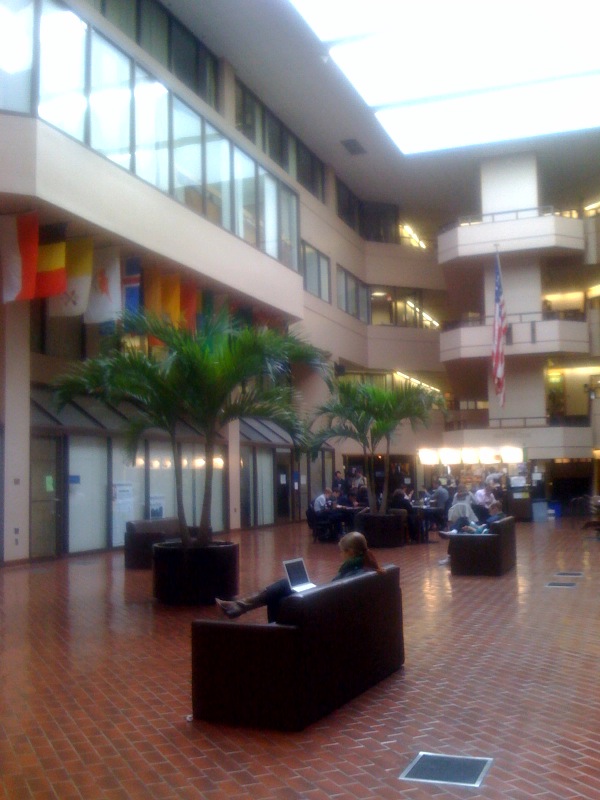 Last week a group of GU students crossed cultural lines and borders to give a public demonstration of why we can’t have nice things.

It all started when Students for Justice in Palestine (SJP), protesting human rights abuses in the Occupied Territories, erected a large series of boards commemorating “International Israeli Apartheid Week.” The boards were papered with photos, anti-Palestinian quotes made by prominent persons (even at Georgetown), and political cartoons decrying the Israeli occupation of Palestinian land.

Starting Monday, a group of pro-Israeli students struck back, defacing the posters with marker. Some pieces were captioned simply “inaccurate” or “wrong”, while some were more thoroughly marked over in red like a high school essay – and others were just scratched over completely. The “apartheid” was marked over, and the title was changed to read “International Anti-Israel Week.” Some were subject to more specific complaints – one was partially covered with a lengthy paragraph comparing Hamas to beasts. Another picture, of a young woman holding a sign titled “Palestine for Ferguson” was deemed “Ad Hominem AF.”

Needless to say, the pro-Palestine side did not let this slide. Rather than remove their defaced project, they took a page from their opponents’ books and took markers to their own signboard. Whole conversations ensued, with long, looping arrows connecting quotes to show the path of specific arguments across the board. Within days, the whole project devolved into a pointless mass debate; one with the level of tact and thoughtfulness normally only associated with the YouTube comments section, though much more entertaining to read.

As of writing, the defaced boards have been taken down. A member of Students for Justice in Palestine said that the group had no plans to keep them up longer than a week, but stressed that SJP decided to keep the boards for a full week up in spite of the vandalism. In the meantime, the boards have ironically turned into an unintentionally appropriate metaphor for the whole discussion surrounding Israel and Palestine.

How did this happen? How did an act of public protest at one of the best universities in the U.S. turn into a monument to pettiness?

I would like to make two things clear: first, I do not intend to take a side in the grudge match between Israel and Palestine. Second, this is not debate. This is not dialogue, this is not discussion. This is graffiti, pure and simple.

Georgetown plays host to pro-Israel groups, groups which take for granted their right to post their events and agenda in public places. Red Square is currently papered with flyers boasting of Israel’s workforce gender equality and announcing the imminent visit of Jerusalem’s mayor, Nir Barkat. It would not be appropriate for Palestinian students to deface these posters with anti-occupation messages, and it was completely inappropriate for pro-Israeli students to vandalize SJP’s protest.

This was not opening any kind of “debate” or “dialogue” on the subject. Crossing out someone’s message to write your own on top is not discussion. The things that foster exchange of ideas – listening, respect, understanding – are absent. There is no exchange of ideas on these boards, only ranting, loosely connected, self-congratulatory memoranda posted by people thoroughly convinced of their own correctness. And while the Palestine side is not exempt from this, I have to condemn the Israeli side as the ones who got the ball rolling in the first place.

If you’re truly convinced in the correctness of your opinion, you should have no need to publicly defame your opponent’s. If the goal of the vandals was to stand up for Israel, they failed. They merely made their side appear reactionary and intolerant of criticism – and as long as the boards stand, their actions will be judged in the court of public opinion. If there’s a debate to be held here, it exists between mutually respectful students at an eminent Jesuit institution – not between petulant kindergartners coloring on each other’s drawings.

What a poorly written article.

Calling this Graffiti is taking a stand.

Another example why The Voice is a terrible publication. Twice published this disgusting piece of analysis is only comparable to a mother hanging up her second grader’s drawing on the fridge door. Pity.

Thank you for this article. “Crossing out someone’s message to write your own on top is not discussion”–I agree 100%. You’re right, it’s not about what side you support, the point is, these vandals squashed any attempt at “dialogue” by defacing these boards.