To the Victor, the Spoils: Captain America: Civil War is Marvel’s Best Film Yet

It is hard to believe that Iron Man came out eight years ago and the Marvel Cinematic Universe was just a twinkle in Kevin Feige’s eye. In 2008, no one would have ever predicted that Captain America and Tony Stark facing off against each other would make for compelling cinema. Against all odds, Marvel has created an unprecedented series of interconnected films, and has yet to produce an outright failure. Captain America: Civil War is Marvel’s best film to date and is certainly a triumph of comic-book cinema. However, it runs into familiar issues for Marvel films, keeping it from being a complete masterpiece.

As the film’s poster displays, there are a large number of characters for the filmmakers to juggle. I had an opportunity to sit down with Anthony and Joe Russo, the directors of the film, and talk to them about the process of making the movie. They both said that their experience working on television shows like Community and Arrested Development helped them balance the storytelling. “The connections to [Arrested Development and Community] were that there is a very interesting similarity between comedy and action. They’re both based very much upon rhythm and creating an environment on set for things to happen. You don’t know what’s going to happen on an action take: the car may flip in the way you want it to, or it may not,” Anthony said. “You have to be very open to how it unfolds, and then it’s a matter of us on set trying to properly find a rhythm.” “They were very complicated shows, very dense layered storytelling. You had to keep a lot of that in your head, and also ensemble storytelling, to pull multiple characters through a twenty minute episode of TV,” Joe said. They agreed that the shows taught them how to be economical with their storytelling, since they had out figure out how to give multiple characters satisfying storylines in just twenty minutes. This efficiency helped them balance the massive cast of Civil War.

Although it is nominally a film about Captain America, two new characters, Chadwick Boseman’s Black Panther and Tom Holland’s Spider Man, steal the spotlight. Both are highlights, as Boseman is given a quick, but efficient origin story that explains his motivations. Although Spider Man’s inclusion feels a little forced, Holland portrays Peter Parker with an instantly likeable “aw-shucks” attitude. “We included Spider Man because we felt like we needed a tonal variance because the movie was getting very dour,” Anthony explained. Holland’s one-liners and genuine sense of awe give the film some great moments of comic relief. His interactions with Tony Stark bode well for the upcoming Spider Man: Homecoming. The rest of the cast does an excellent job, especially Robert Downey, Jr., who gives Tony Stark a desperate vulnerability that gives Stark a new layer of humanity. The central relationship in the film is the friendship between Bucky and Captain America, and both Chris Evans and Sebastian Stan do an excellent job of making their relationship believable. The showdown between Stark, Rogers, and Bucky at the end of the film is harrowing, but the intensity is believable.

Indeed, it is the focus on character that elevates Civil War above its predecessors. The script, written by Christopher Markus and Stephen McFeely, smartly keeps the conflict grounded and the stakes personal. There is no earth-shattering catastrophe to prevent, which is extremely refreshing. Instead, the heroes are locked in a conflict that dares to ask larger questions about the natures of heroism, power, and loyalty. These are ideas that were hinted at in previous Marvel films, but Markus and McFeely delve deeper and use them as a basis for an incredibly compelling conflict. The film’s villain, Zemo, is creepily portrayed by Daniel Brühl and gets a more interesting arc than most of Marvel’s other villains, but in the end his plan ends up incredibly convoluted and his motivation is unfortunately clichèd. The script smartly moves his schemes out of the way in order to let the clash between the superheroes take center stage.

And clash they do. The Russo brothers prove adept at staging and choreographing action scenes. The opening fight scene between the Avengers and Crossbones feels visceral and real, even though the editing resorts to shaky-cam a little too often. After the opening fight scene, the editing becomes much smoother and easier to follow, but the action continues at a frenetic pace. Each character is given a unique fighting style: Black Panther is ninja-like, Spider Man is goofy and fun, and Captain America is physical and raw. “The characters are defined through action in these stories. It is very important for us that if we’re defining their identities through action that they each have distinct styles,” Anthony said. “We like a really visceral, aggressive style. We did a lot of movement studies early-on with stunt performers who had expertise in various disciplines and studied each style. We ask a lot of questions about the character, we try to create a set of rules for how that character would behave. [Black Panther’s] style is a combination of several different styles, he has a certain running style that is modeled after a panther. He runs very differently from how Cap runs or how Bucky runs.” The set-piece at the airport is one of the best action scenes ever in a comic book film. Every character gets a moment to shine (notably  Ant-Man’s scene-stealing cameo), and the various showdowns between the heroes are spectacular. The amount of hand-to-hand combat in the film is absurd, and the Russo brothers do an excellent job of keeping it feeling fresh throughout. 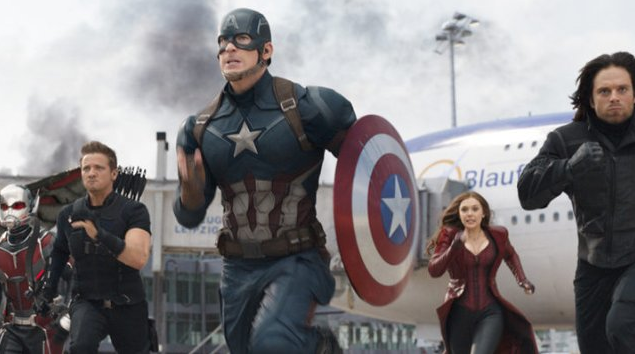 Despite the strength of the performances and the chemistry and conflict between the characters, the film runs into the same problem that almost every other Marvel movie has encountered. Nothing of substance really happens. By the end of the film, the characters are essentially in the same place as they were when they began. The action, while extremely entertaining and physical, never seems to threaten anyone’s life, and this takes away from some of the drama of the film. Marvel’s aversion to killing off its characters seems to have finally caught up with them (with the exception of Quicksilver in Age of Ultron), and the viewer cannot help but leave the theater feeling somewhat cheated by the film.

To give credit where credit is due, Civil War does not fall into the trap of spending a significant portion of its runtime setting up for Infinity War. While it may not be the most consequential film, it certainly is the most emotional, intense, and one of the funniest movies to come out of the Marvel Cinematic Universe (the exchange between Bucky and Falcon while sitting in the car is the best thing to happen since the “puny God” scene in The Avengers). The Russo brothers have pulled off a coup: they include a huge amount of characters, both old and new, without the film ever feeling over-stuffed, and they also give Captain America a satisfying conclusion to his trilogy. This undoubtedly bodes well for Infinity War, and it proves that Marvel is not even close to done dominating the superhero genre. 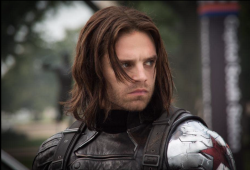