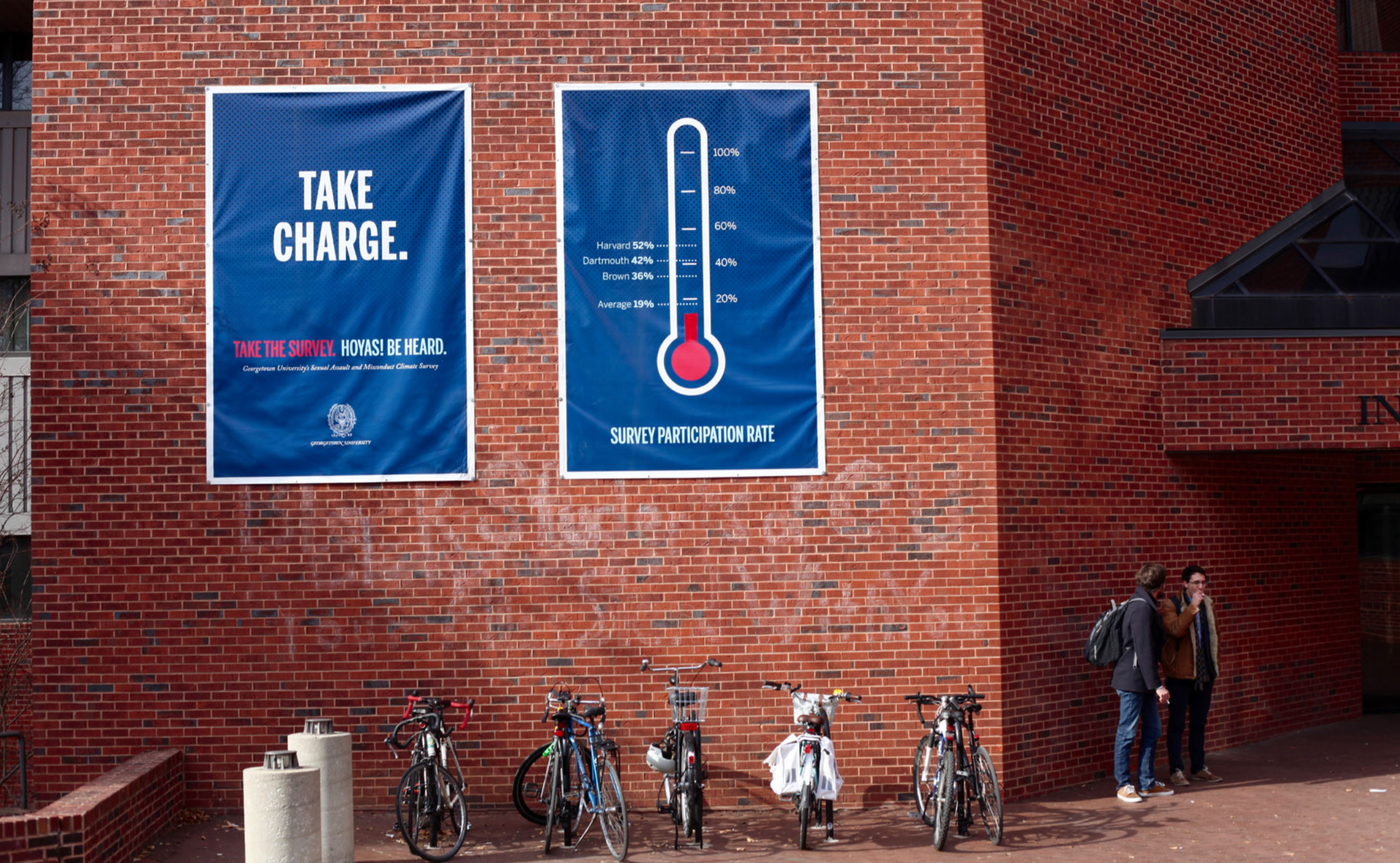 The full membership of the Steering Committee of the Sexual Assault and Misconduct Climate Task Force met for the first time on Sept. 2. University President John DeGioia called for the formation of the task force in June as a response to the Sexual Assault and Misconduct Climate Survey, with the goal of formulating and presenting to DeGioia a set of recommendations regarding action the university can take to address the alarming results of the survey. 31 percent of those who responded to the survey reported experiencing non-consensual sexual contact due to physical force or incapacitation, and only 24.5 percent of respondents reported that they were “very” or “extremely” knowledgeable about where to find help at Georgetown for themselves or for friends in the event of sexual assault or misconduct.

Some members of the Steering Committee, including the student chair, Olivia Hinerfeld (SFS ‘17), and the administrative chairs, Vice President for Student Affairs Todd Olson and Rosemary Kilkenny, Vice Presidents for Student Affairs and Institutional Diversity and Equity respectively, first met on Aug. 9. However, the entirety of the committee was not present, as the majority of the students had not returned for the Fall Semester at the time, according to Hinerfeld. Starting with the meeting held on Sept. 2, the Steering Committee plans to meet weekly.

The task force has already begun initiatives since its creation. One such program is a publicity and awareness campaign consisting of posters around campus displaying statistics gathered in the Sexual Assault and Misconduct Climate Survey.  Olson added that a second program to be put in place over the course of the fall semester is mandatory bystander education training for student leaders of a variety of groups and organizations. “We believe student leaders are in a position of real influence with their peers, and that this approach will help broaden awareness across the campus community,” he wrote in an email to the Voice.

Other groups on campus dedicated to preventing sexual assault and supporting survivors of sexual assault have expressed approval of the task force in particular and of the university’s response in general. “Since the release of the campus climate survey results, I have witnessed university administration and students activists mobilize in ways that I believe will help Georgetown work to become a more survivor-centric campus,” Jennifer Wiggins, staff advisor for Sexual Assault Peer Advisors (SAPE), wrote in an email to the Voice. “Regarding the task force, I believe that its development marks the beginning of a process that ideally will address a number of barriers faced by survivors on our campus.”

Students were chosen for membership in the task force based on a number of criteria, including previous involvement in similar programs and demonstrated interest in sexual assault activism. “I started by looking at places that were familiar, like SAPE and Take Back the Night,” said Hinerfeld. “I also have been engaged in this work pretty much since the beginning of my time at Georgetown, so I’ve had the opportunity to talk to a lot of students who have come to me who were interested in being more involved.”

However, according to Hinerfeld, diversity in terms of experience was also a priority when considering which students to include in the task force. “Certainly [SAPE, Take Back the Night, and others] were natural places to look for partnerships and students that have already been engaged, but a large goal of mine as well was to make sure that we were drawing students in who haven’t been engaged in these conversations at all, so that we can actually be getting new perspectives,” she said.

The task force plans to meet and conduct a majority of its work during the fall semester of 2016, and finish any of its remaining objectives in the spring semester of 2017, according to Hinerfeld. She added that the task force’s goal is to present a final list of recommendations to DeGioia by early spring of 2017.