Three and a half years ago I wrote an article for The Georgetown Voice entitled “Free Condoms At Parties May Encourage Sexual Assault.” As I prepare to graduate from Georgetown, I want to share my current thoughts on the issues mentioned in the article. I have now come to disagree with much of what I wrote, and I hope that my reflections will motivate others to think critically about their own views on issues relating to sexual assault. After three years, I no longer believe that free condoms at parties cause, or are in any way responsible for, sexual assault.

In my original article, I attempted to address potential issues with a bulk condom delivery service, and I made several conclusions that are misguided and rooted in naiveté and misunderstanding.

1)    “It’s not to say that students will be inspired to have sex just because they see a condom, but rather that, over time, students will begin to inadvertently associate partying with having sex, just as they have grown to associate partying and drinking. Social pressures already lead to sex crimes.” The main fallacy in this argument is that I denied individual autonomy and, as a result, individual responsibility to those who commit sexual assault. “Associating partying with having sex” is not the same thing as associating partying with sexual assault. Sex is consensual; rape is not. “Social pressures” are real, but in seeking to blame an atmosphere for sex crimes, I absolved rapists from their deliberate decision to commit a crime and violate someone’s bodily autonomy.

After attending the “Are You Ready?” event hosted by the GU Women’s Center during the fall of my sophomore year, I began to realize just how harmful and objectively wrong it is to try and take blame away from perpetrators. The survivor narratives that evening about dealing with sexual assault years after attacks made me seriously question what I believed about the nature and causes of sexual assault. Here is what I now know to be true as a result of that event: if you go to a party with the intention of pressuring someone into having sex with you, whether by getting them drunk or waving a condom in front of their face, and you do not care whether or not they can actively consent, you are planning to assault and/or rape them. Period.

2)    “At parties, sexual assault is most often the result of a combination of pressure from the perpetrator and a lack of visceral, negative response from the potential victim. Although silence is in no way consent…. Added pressure from the party atmosphere on top of the pressure students already face from peers could increase the rate of sexual assault.” Out of all the points made in the initial article, this is the one I truly regret. I unabashedly put the onus on women to “definitively say no to sexual advances” at parties to avoid being sexually assaulted. I noted that more women being pressured into sex is a problem, but I suggested fixing the problem by “removing potential pressures” rather than holding rapists accountable for their autonomous actions. The “Denim Day” event during my sophomore year was particularly educational in this respect, as it sparked a lot of conversation on campus. From the conversations that I was privy to, I began to see the pattern in society of explaining away rape as something other than deliberate assault and the glaringly obvious attempts to absolve perpetrators of blame. By the end of my sophomore year, I was no longer able to justify the arguments from my original article. If someone is going to pressure another individual into having sex, they aren’t going to be stopped by a lack of condoms or aided by their presence. It is a choice to have sex or touch someone who has not clearly, verbally, and deliberately expressed a desire for that interaction. “Social pressures” only contribute to assault when they are taken advantage of by someone who already intends to disrespect and violate another individual.

3)     “I have seen too many friends give in to pressure from guys to engage in sexual activities, and I have had to step in and say no on their behalves. Social pressure alone is a powerful motivator, especially at parties. There’s no telling what might happen if you throw bulk condoms into the mix.” This particular anecdote was a result of my frustration and confusion after an incident with one of my friends. Freshman year, one of my friends was sexually assaulted about a week before I learned about H*yas for Choice plan to offer a condom delivery service. I was upset and angry about what had happened to her, as well as by my lack of understanding about what I could do to help. At the time, it felt like a condom service was literally “throwing condoms at the problem.” I still believe my emotional response was valid, but my logic was wrong. After attending several sexual education and healthy relationship seminars with the LGBTQ Resource Center during my time at Georgetown, I now realize I wasn’t delineating between sex and assault. Condoms are for sex – consensual, desired, responsible sex. They have nothing to do with rape, assault, or other unwanted sexual advances.

The main take-away from my reflections is this: sexual assault is not a result of external factors or social pressures. Sexual assault is the result of a decision made by the perpetrator. Having come to this realization, I would like to apologize to any victims that may have read my initial article and felt that I was blaming ‘society,’ rather than their attacker, for their assaults. I was wrong, and my experience at college has proved to me that while bulk condoms at parties might be silly (given that they were often used as balloons), slightly wasteful (given that I never actually saw more than a few people take them), or an ineffective way to solve the lack of availability on campus, they are not responsible for the perpetuation of sexual assault.

Thank you to all the students, staff, and strangers who have educated me on this issue over the last four years. The visual narratives that the Sexual Assault Peer Educators (SAPE) members have posted on their Facebook page over the last month have been incredibly moving. They have motivated me to be a more active, vocal, and informed advocate and ally for victims of sexual assault. I hope that my story of understanding and changed perspective will motivate others to reevaluate their own position on sexual assault and what we can do to address it. 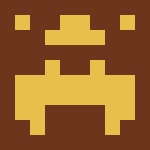 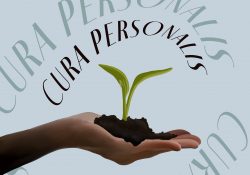