Georgetown preaches about how inclusive the institution is of all community members, in terms of race, sexual orientation, gender identity, religion, ethnicity, citizenship, socioeconomic status, and place of origin. I’m sure that many students could write at length about how Georgetown has failed to make them feel included and safe with regards to their identities, but I want to discuss an identity that people often forget belongs on this list: ability.

I have severe Attention Deficit Hyperactivity Disorder (ADHD), in addition to a chronic disease that has spread near my brain and warranted urgent, serious surgery. My entire life used to revolve around playing soccer, but my disease eroded bones near my brain, and now I can’t engage in physical activity because of the risk of having brain fluid leak into places it shouldn’t. Despite this, I never thought of either of these conditions as part of my identity (or even as disabilities). That is, before I came to Georgetown.

The five-course semester is manageable for most Georgetown students, even if they may be stressed out of their minds and unable to shut up about it. But for someone with ADHD as bad as mine and a disease that almost killed me, rendering me unable to breathe or get out of bed for an entire semester last year, the five-course semester leads to endless all-nighters, a constant feeling of inadequacy, poor results, and an exacerbated attention disorder due to the overwhelming stress. After withdrawing from a course last fall and undergoing serious surgery over winter break, I realized that the only way I’d make it through Georgetown in four years and graduate with my peers is by taking four courses each semester, and subsequently catching up with summer courses.

I planned to take four online courses this summer, which would have allowed me to be in Arizona near my doctor and stay on track to graduate on time. I began looking into summer school options in January, and learned that the Georgetown online summer school session structure only permits a student to take two courses the entire summer. I was left with no choice but to apply for approval of four non-Georgetown online courses and hope the Dean’s Office would sympathize with my situation.

Long story short, I applied for 13 courses in total over the course of five months, and I made it clear to the deans that I was open to taking literally any courses from any school that would allow me to get twelve credits with four classes during this past summer semester. However, the deans rejected a multitude of courses that actually met their stated criteria, simply because they “weren’t up to Georgetown’s standards.”

The application process lasted from January through the beginning of June, by which time I was enrolled in a UConn online course that definitely met all of the committee’s standards, and was much more academically rigorous than the other courses they had already approved. The committee requires a certain level of professor-student interaction and student to student interaction, as well as video lectures, regular instructor feedback, and evidence of various deadlines throughout the semester in order to approve the class. Most classes I applied for had have all of these aspects, not to mention that all of these classes met the criteria better than the Georgetown online courses many of my friends were taking.

After five months of applying for 13 courses and only being approved for three, I decided to stick it out in a history course that met the aforementioned criteria, and simply wait for the committee to approve it the course. Three days into the course, however, one of the deans informed me that the course didn’t have a large paper or exam, and thus could not transfer in for credit as a Georgetown history course. I informed the course professor of the situation, and he said he was willing to tweak the class and help me in whatever way possible so I could get credit.

After ignoring my attempts at contacting them long past the add/drop period, the deans were unwilling to make exceptions for me even though the course could be tailored to meet their standards—treating me rudely and using false reasons to disapprove the class, insinuating that I was just trying to cheat the system by taking another university’s (supposedly easier) classes. Although I called and emailed while the deans were in office and while they met as a committee, I was told the dean I had been in contact with was busy and would call me back, which she never did. Instead, I got one of the rudest, most demeaning emails I’ve ever received, which the dean clearly intended as the final communication with me on the matter. I subsequently sent a thoughtful, personal email explaining my experience and personal circumstances to all of the deans involved, in the hopes that they could improve the process for future students of similar situations, to which I was never graced with a response.

I want to share this story because it illustrates how unwilling Georgetown is to accommodate students who do not fit the typical ability mold, largely due to the assumption that anyone who seeks alternative routes to get through Georgetown is simply trying to game the system. Both the deans themselves and the registration process made me feel absolutely helpless; the obstacles they put in my path made me feel as though there was something wrong with me for not being able to fit into Georgetown’s traditional method of education. I did everything in my power to keep myself on track, but the administration prevented me from doing so.

The deans, who are supposed to be our best academic resources, ignored me, forced me to fill out the same time-consuming application 13 times with no guidance or empathy, and never once took into consideration that I, like anyone else, have my own unique set of circumstances. I should have been treated on an individual basis, not as a nuisance.

In my experience, the student culture at Georgetown sets ridiculously high expectations for the amount of work students are supposed to be able to balance at once, whether in class, in clubs, or in internships (or in all three), creating a seriously skewed standard. Whenever people accusatorily asked why I was only taking four classes last semester, one of which was oil painting, I felt the need to justify my choice by explaining all of my personal issues, and only then did people stop making false assumptions about my intentions.

For those students who are unable to meet this absurd standard, our community assumes they are lazy, deficient, and/or skating through college, just trying to find the easiest way out. The only course of action I think can remedy this problem is to engage in more open dialogues, not only about our twisted culture, but also about abilities and disabilities—whether physical, cognitive, or psychological—so that Georgetown can become more accepting of people with both learning differences and/or physical differences.

I ask that anyone who reads this try to recognize that just because a person may look able-bodied and/or able-minded, that does not mean that they are. Treat everyone with respect for their unique identities, and take the time to engage in honest conversations with other students who don’t necessarily fit the typical Georgetown mold. If we as a student body start treating others with this kind of compassion, individuality, and open-mindedness, the Dean’s Office and others with power will be pressured to follow the students’ lead, and adopt the policies and mentality necessary to make our community more accommodating and accessible.  And then no one will feel like there is something wrong with them for not getting a perfect grade on the ability scale. 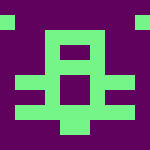