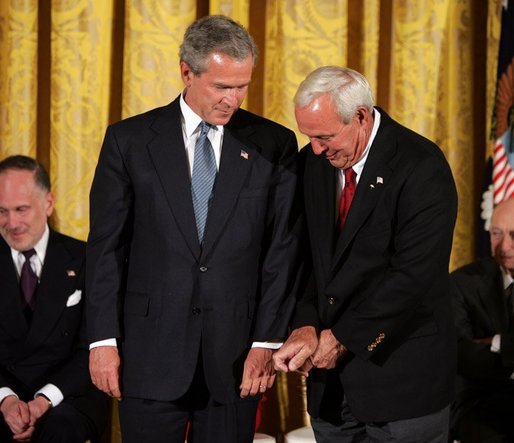 When I was eight years old, a family friend placed a golf club in my hands for the first time. Instantly hooked, I spent dozens of hours in my apartment’s tiny living room sculpting my swing after some of golf’s greatest legends, such as Arnold Palmer, Jack Nicklaus, Sam Snead, and Ben Hogan. But one swing stood out in particular. Mirroring a book filled with frame-by-frame analyses of golf’s timeless legends, I consciously lifted my left foot in the air during backswings, whipped my hips forward on the downswing, and steered the club above my left shoulder just like Arnie. Twelve years later, I may not lift my left foot in the air or follow through with that unique finish, but I hope that I treat the game of golf in the same fashion as its greatest ambassador.

From his first professional start in 1955 to his final PGA tour cut in 1993, Palmer dominated the game that he so greatly revered. A seven-time major champion, including four Masters titles, Palmer finished his PGA tour career with sixty-two victories. The list of achievements is endless: twenty-two individual Ryder Cup match victories, five seasons leading the tour in wins, and eleven consecutive finishes in the top ten of the Masters. But perhaps most telling of his character, Palmer received the Presidential Medal of Freedom in 2004 and the Congressional Gold Medal in 2009. It wasn’t his domination of the sport that earned him the nation’s highest civilian honors, however, nor was it solely his philanthropic efforts.

It was his limitless empathy, undying love for others, and appreciation of humanity that culminated in Arnie earning the nation’s most prestigious civilian awards. It was his effortless charisma and genuine humility that taught millions of children and adults alike how to exemplify true class. Scanning the stories on Arnie’s Army, the charity bearing the name given to Arnie’s legions of adoring fans, there’s a simple refrain to every tale: Arnie was a transcendental force who never lost sight of life’s greatest treasures… the men and women around him. It wasn’t just championships and medals that defined Arnie. It was his character.

In addition to his unyielding compassion, the game’s greatest humanitarian possessed another important attribute: the embodiment of the American dream. Beginning as a caddy at age eleven, Palmer noted in his personal biography that he worked in almost every job position at Latrobe Country Club. Golf Magazine characterized Palmer as a “child of the Depression,” and that work ethic shone in Palmer’s approach to the game. Unable to afford the clubs he desired, Palmer learned how to be resourceful from a young age, incessantly tweaking his clubs to create the perfect feel. Arnie’s lifelong obsession with building clubs not only contributed to his legendary success on the PGA tour, but also stood for something far more important: his love for the game.

People took notice of the way Arnie approached the sport. Recreational golfers lacking reverence for the game narrow their focus to moving the ball from tee to green, content with mediocrity and unable to channel their anger with botched shots into constructive change. But those who live for the game revere all of its details, finding pure enjoyment in every task. A golfer truly dedicated to his craft might spend hours with an iron laying in front of his feet, adjusting it every so often to hit towards a new target. He might practice hitting shots with his hands at every position on the grip, never taking a swing if he feels even the slightest bit of uncertainty. Arnie exemplified his unique obsession with the game through practicing every shot technique and altering his clubs until they performed as he wished. He attained greatness not through mindless repetition, but through an insatiable longing to understand and master the game.

Golf, like all sports, has a higher purpose. Every player has a unique swing and style that often receives some sculpting from an instructor, but at its core must originate from the player’s personality. A golfer’s swing is an extension of himself, and unlike athletes in other sports, his demeanor on the course cannot be dissociated from real life. Arnold Palmer isn’t a legend because he consciously acted as a role model for millions of people. He’s a legend because he so naturally exhibited the qualities of a role model; golf ultimately was a vehicle through which he unconsciously promoted the values of respect and gratitude.

When Arnie received the Congressional Gold Medal in the rotunda of the U.S. Capitol in September 2012, he graciously remarked, “I hope, that I can thank you properly and tell you how much it means to me to be here to accept this award. I am very humbled. Thank you very much.”

Mr. Palmer, I hope I speak for all of the people who had the privilege of witnessing your accomplishments – both on and off the course – when I say…
Thank you. 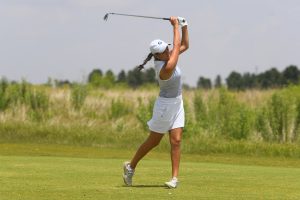 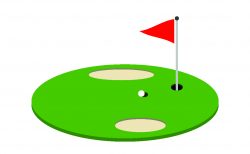 Holey Moley: How I learned to stop worrying and love mini-golf 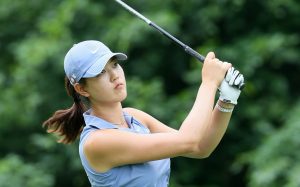