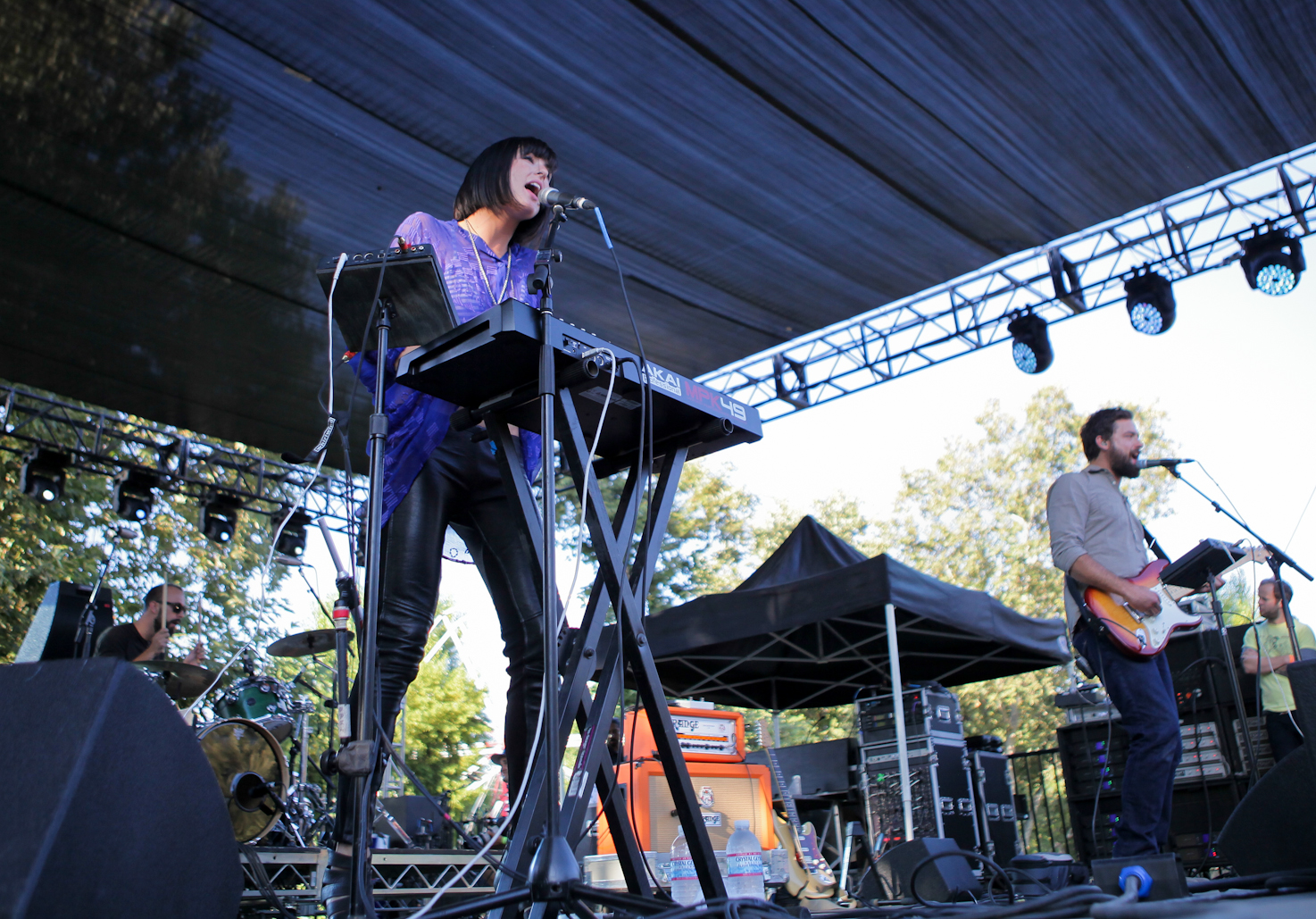 Since their start in 2007, Phantogram has been known for producing dance hits and incorporating unique sampling into their music. Their work has attracted attention from many well known names, resulting in collaborations with Miley Cyrus, Skrillex, and OutKast. Their appropriately titled third full length album, Three, however, tackles their band power independent of other artists. Fronted by duo Josh Carter and Sarah Barthel, their record encompasses a combination of pop-punk and electronic sounds.

During the recording of their last album, the band suffered a tragedy when Barthel’s sister, who was also a friend of Carter, committed suicide. Three reflects this morosity firstly by its cover art, which displays a destructive fire surrounded by a clean, white border. Musically, the record adds a darker, more abrasive layer than their previous work to the record. The opening track, “Funeral Pyre,” sets this tone via its title alone, but bolsters it with messy static background noise. The song leaves a haunting message as Barthel’s controlled vocals transform to wailing at the conclusion of the song. “Cruel World” expresses a similar sense of hopelessness by reflecting on the physicality and inevitable mortality of humankind, “I used to see beauty in people / But now I see muscle and bones.”

Three is an album of contrasts. The record features topics like substance abuse, angst, and frustration, “Nothing is fun / Not like before / You don’t get me high anymore” (“You Don’t Get Me High Anymore”) and lighter, more melodic pop tracks, “Been up until dawn and all of my heroes are gone, babe / But I know they’re out there” (“Answer”). Alternating between chaotic noise and controlled beats, the record lacks a coherent story line to connect the different pieces together. Some songs focus on death and despair, only to be followed up by more traditional anthems of chasing love. On “You’re Mine,” Carter and Barthel belt aggressive lyrics about love and obsession over hypnotic, electronic beats. As a result of these contrasts, the album feels at times disjointed and confusing.

In between the contrasting messages throughout the record, Three concludes with what Phantogram is best known for, danceable club hits. The final track, “Calling Us,” feels more inspired by their previous works, featuring heavy beats and repetitive, catchy lyrics. It ends the album on a note that’s not groundbreakingly deep (“Shake / You know you wanna shake”) but certainly more positive.