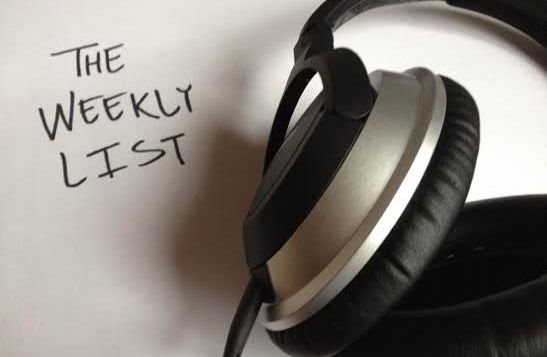 Have you ever wondered, “If writers were musical artists, who would they be?” Well, we have. Halftime presents, The Weekly List: If Authors Were Musicians.

The Beatles are probably one of the only bands whose music is as universally popular as Shakespeare plays, and having released thirteen studio albums in just eight years, the fab four were nearly as prolific as the bard himself.

Joyce’s masterful, solemn prose is echoed in Chopin’s beautifully ornate yet wistful compositions. Both Joyce’s Dubliners and Chopin’s Mazurkas evoke the traditions and suffering of their historically oppressed peoples.

Modest Mouse might be the only band that matches Vonnegut’s zaniness and blunt honesty. While the band’s dissonant sound and lead singer Isaac Brock’s manic voice create an environment of chaotic desperation, they ultimately, like Vonnegut, resonate with optimism.

Both Davis and Hemingway are known for their uncanny ability to express beauty and depth with simplicity. Miles’ sublime trumpet tone and Hemingway’s terse literary voice are equally distinctive and inimitable, and nobody can doubt the coolness of either man.

Duke Ellington was one of the best representatives of the Jazz Age, the era in which the excesses of Fitzgerald’s The Great Gatsby take place.Ellington’s music was probably played at some of the famous jazz parties Fitzgerald himself threw.

Faulkner’s dense and complex style of writing is similar in many ways to the famous saxophonist’s hundreds-of notes-per-minute playing style. ‘Trane’s free flowing improvisation and Faulkner’s stream of consciousness techniques were both innovative and experimental, and each had a profound influence on their art form.

I wouldn’t be surprised if Kendrick has read a lot of Toni Morrison; his music deals with a lot of the same themes as her writing–racial identity, black pride, and systematic oppression. Morrison’s novel The Bluest Eye could be seen as a predecessor to Lamar’s masterpiece album To Pimp a Butterfly, a work steeped in racial tension and awareness.

These two are grouped together for one reason: they both created a masterpiece and then dropped off the face of the earth. Salinger retreated into seclusion after his novel Catcher in the Rye rose to popularity, while Lauryn Hill essentially quit music after the resulting fame from her debut album, The Miseducation of Lauryn Hill, widely regarded as one of the greatest hip-hop albums of all time.

If Hollywood ever remakes a cinematic version of 1984, Radiohead should provide the soundtrack. The band’s futuristic, often pessimistic sound perfectly captures the dystopia of Orwell’s chilling magnum opus.

Much of Robert Frost’s poetry captured the beauty and wonder of being alone in nature. Bon Iver’s sound has evolved in recent years, but the band’s first stripped back album For Emma, Forever Ago, largely recorded by frontman Justin Vernon in an isolated cabin in the Wisconsin wilderness, complements Frost’s poetry nicely.

Kerouac captured the spirit of the 1950s beat generation, the very spirit that inspired Bob Dylan to lead the songwriting front of the civil rights and anti-war movements in the 1960s. Dylan cites both Kerouac and Allen Ginsberg among his main influences, and if a recent accolade is any indication, the writing prowess of those two giants rubbed off on him.

The connection between these two is a bit harder to draw. Both are legends in their own regard, and Led Zeppelin’s thunderous blues rock matched the epicness of Tolkien’s fictional universe. But lead singer Robert Plant was also a notable Tolkien fan, and referenced “Mordor” and “Gollum” and other Lord of the Rings characters in several of the band’s songs.

Through powerful yet accessible writing, both Whitman and Springsteen established themselves as American icons and working class heroes. And while each captured American dreams and values in their work, neither was timid to criticize the inequality and hypocrisy of the country they loved.

The Weekly List: Songs That Make Me Feel A Little More Okay