We got it from Here: Hip-hop’s First Response to Trump’s America 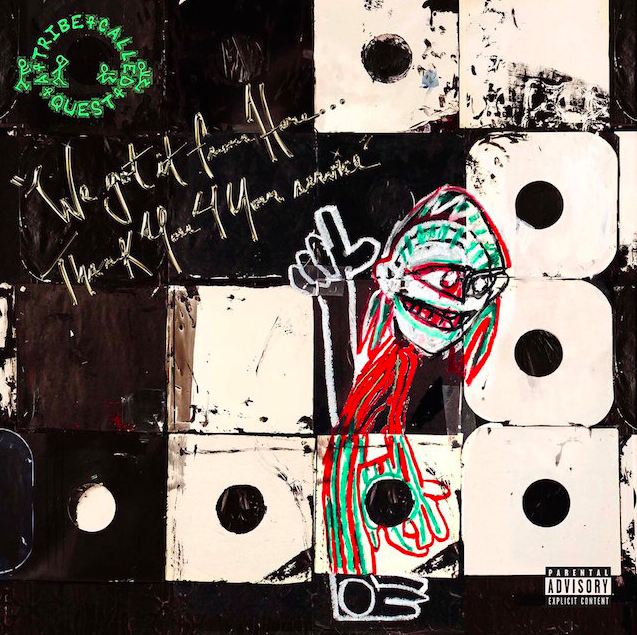 It had been 18 years since hip-hop pioneers A Tribe Called Quest released their last album. But last week, just three days after the election, Tribe gave us the first defining piece of art of the Trump era. We got it from Here…Thank You 4 Your service, largely recorded over the last year, seems particularly prescient in the wake of Trump’s victory. The collage-like collection is rife with uneasiness and uncertainty, and channels the very emotional turmoil that millions of Americans are feeling right now.

On standout track “We The People…,” the words from the preamble of the Constitution ring hollow. Over menacing synths and a militant beat, the chorus expresses dismay at the country’s polarized, hopelessly divided state, reiterating the hateful messages underlying Trump’s successful campaign: “All you black folks you must go/ All you Mexicans you must go/ All you poor folks you must go/ Muslims and gays, boy we hate your ways.” The song, in light of the election, despairs at the impending realization of these statements, and condemns the nation for espousing them.

Several other parts of the album have been tinged with new meaning since the dawn of America’s new reality. Jarobi White speaks prophetically of a “mass un-blackening.” Q-Tip asks incredulously, “Who could be blind to racism?” and laments, “Moving backwards was never the plan.” Kendrick Lamar ends his guest verse with a similar hopelessness, repeating, “Sayonara tomorrow, it’s just blood on the ground.” On “The Killing Season,” Talib Kweli announces it’s “winter in America,” helpless before a suffocating blizzard of whiteness, while Jarobi observes unending black death: “It must be killing season. On the menu, strange fruit/ Whose juices fill the progress of this here very nation/ Whose states has grown bitter through justice expiration.” The penultimate track “Ego,” buoyed by a trademark jazz sample, warns against arrogance and other sinister vices, and can’t help but invoke a certain someone who made boastful insinuations about his genitals in a nationally televised debate.

With numerous references to the president-elect and the ceaseless devaluation of black lives, We got it from Here is undoubtedly a political piece; however, perhaps fittingly, it is also a eulogy. The album is haunted by the ghost of Phife Dawg, the iconic founding member of Tribe that died in March. Various MCs take turns remembering him throughout the work, particularly on the moving “Lost Somebody,” in which Q-Tip recounts how Phife came into the world and, later, how he became like a brother to him. A few of Phife’s verses, recorded before his untimely passing, are included on the album, surreally materializing his physical presence in addition to his spiritual one. In the middle of the group’s recent performance on Saturday Night Live, a portrait of Phife Dawg unfurled from the heavens as his verse played. Q-tip and Jarobi White grinned up at him from either side, egging on his likeness and holding a mic to his tapestried mouth. In that moment, it was impossible not to see the outpouring of love these men had for their fallen brother.

If you listen for it, We got it from Here, albeit cynical and foreboding, is full of this love. It’s in the concern felt for future generations. It’s in the anguish felt upon seeing a dream yet again deferred. It’s in the sorrow felt at the death of a loved one. From the start, the album iterates the same call for unity and positive action many have voiced over the past week: “Gotta get it together. Let’s make somethin’ happen.” The long-awaited return of hip-hop’s first alternative, conscious-minded group couldn’t have been more appropriate. At a time when our nation requires so much healing, A Tribe Called Quest has given us a much needed dose of hip-hop medicine.

More: A Tribe Called Quest, We got it from Here...Thank You 4 Your service