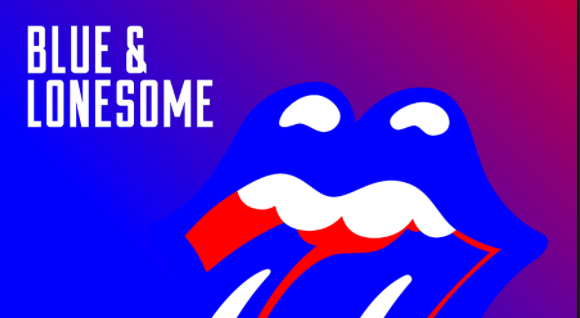 After nearly six decades of creating and performing some of the most iconic music ever recorded, The Rolling Stones do not need to further validate the claim that they are the kings of rock. Well into their 70’s, most would expect founding members Mick Jagger and Keith Richards to have retired to some tropical beach and live out their days sipping mojitos. That assumption, however, doesn’t reflect the work ethic and passion the Stones have for making and sharing their unique brand of music. With 2016’s Blue & Lonesome, their first studio album in over a decade, the Stones once again reaffirm to their millions of fans throughout the world that they are the masters of their craft. Recorded over the course of three days last December, Blue & Lonesome brings classic blues to a modern audience in a way that is both invigorating and soulful.

The album consists of twelve covers of classic blues songs, each of which served as an inspiration to the Stones throughout the entirety of their music careers. Mick Jagger and Keith Richards met because of their mutual love of American blues as young men in England, and ever since their formation in the early 60’s the Stones have used the songs featured on this album as a way to practice before gigs and hone in on their skills. The Stones’ love of the blues paved the way for rock classics such as “Paint It Black,” “Satisfaction,” and “Sympathy for the Devil,” all of which build off of the work of the blues legends of the early 20th century. The Rolling Stones’ mastery of the material shines through every minute of the album, making Blue & Lonesome an incredible listening experience for both classic rock fans and general audiences.

Each of the covers are tight and powerful, the Stones’ passion pouring from every lyric and guitar riff. The resulting album has a raw, cathartic feel that is reminiscent of both the blues/garage rock revival of the early 2000’s and the classic Delta Blues of the 1930’s. However, Mick Jagger’s voice adds a uniquely Stones twist to the blues, exemplified in songs such as “Commit a Crime” and “Everybody Knows About My Good Thing.” These vocals are accompanied by powerful instrumental performances. In songs such as “I Can’t Quit You Baby” and “Ride ‘Em On Down,” Keith Richards delivers soulful guitar riffs that only someone at his level of skill and experience could pull off. The Stones are having fun on their home turf, and it shows.

Blue & Lonesome was made on a whim, an astounding side project for a band that has spent the past year touring the world (including a historic performance in Havana, Cuba) and performing at some of the biggest music festivals the industry has to offer. The songs all have a deep history in the American music canon, and all of them focus on the classic blues themes of love, loss, and sadness. While most of the songs are lively and jubilant, songs such as the somber “Little Rain” remind the listener the full range of emotions that both the blues genre and the Stones can masterfully convey. A love letter to classic artists such as Muddy Waters and Bukka White, Blue & Lonesome uses the Stone’s skill to create a heartfelt, stirring listening experience.

With Blue & Lonesome, the Stones delve into a genre that has mostly been neglected by the general public in recent years. In doing so, they not only look back at the music that inspired them when they were younger, they take the blues to new levels for an audience that is most likely unfamiliar with the genre and its rich history. The Rolling Stones have proven time and time again that age won’t stop them from doing what they love and doing it better than anyone else in the business. Blue & Lonesome shows that the Rolling Stones will continue to be music giants, and is sure to leave their fans excited for what’s in store for the future.

Untitled Leisure Project: Fantastic Beasts and Where Not To Find Them
Running the Gauntlet: Women’s basketball captures five wins during extended road trip