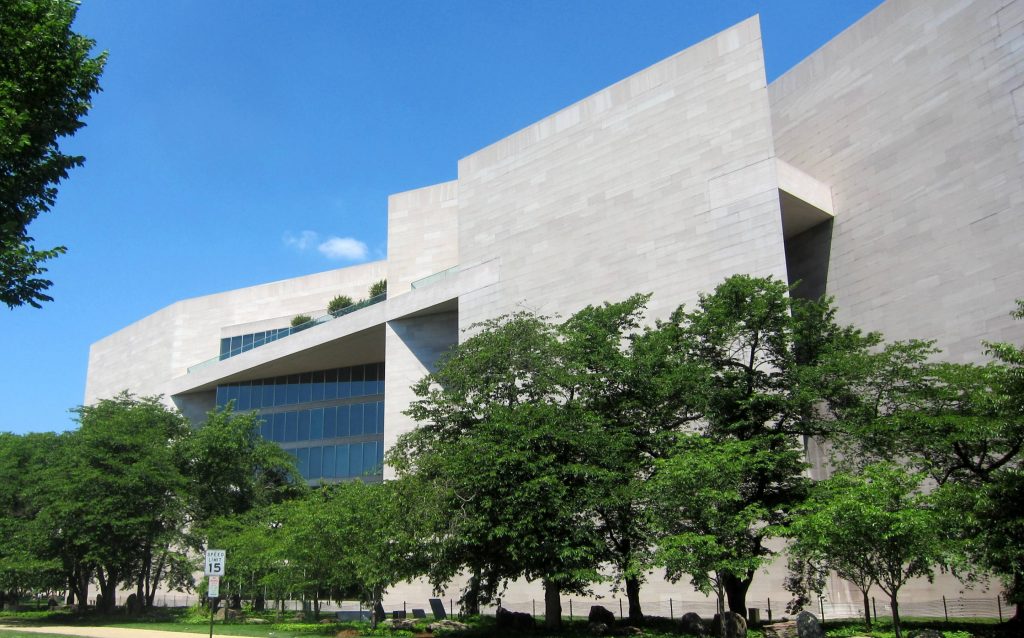 On Jan. 12th from 6-9 pm, the National Gallery of Art buzzed with an energy imperceptible during its regular hours. Glowing tables, thumping music, and dim lighting all added to an aura of intrigue and excitement. This popular after-hours program, aptly named Evenings at the Edge, takes place the second Thursday of each month through April in the Gallery’s East Building.

The Gallery hosts a variety of different entertainers to complement the already stunning exhibits during the Evenings at the Edge. The event on Jan. 12th included short pop-talks on certain pieces of art, a DJ, and a performance from Story District, a contemporary storytelling organization based in D.C.

The East Building is home to the National Gallery’s modern collection and several rotating temporary exhibitions. The building reopened this past September after being closed for three years due to renovations. Exciting new additions to the East Building include a Roof Terrace and two skylit indoor tower galleries. One of the current exhibitions is Photography Reinvented: The Collection of Robert E. Meyerhoff and Rheda Becker. This exhibition, running until March 5th, includes artists that have changed the scope of photography such as Thomas Demand, Thomas Struth, Hiroshi Sugimoto, and Jeff Wall. Thomas Demand’s Clearing (2003) is a beautiful, massive chromogenic print of sunlight streaming through a dense forest and immerses the viewer in its vivid portrayal of nature. Vik Muniz’s Marilyn Monroe, Actress, NY City, May 6, 1957, After Avedon (Gordian Puzzle) (2007) is a reworked masterpiece of the famous photograph of the actress taken in 1957. Although beautiful, Monroe looks noticeably forlorn in the photograph. Muniz has reconstructed the photograph in his piece with hundreds of puzzle pieces, giving Monroe a pockmarked look. The piece depicts how the press picked apart Monroe’s life before and after her death. The exhibit is a fascinating look into how photography has evolved and is just one of the amazing aspects of the East Building to explore.

The pop-up talks took place throughout the different exhibits in the East Building, and they sought to give museum-goers a fresh perspective on the Gallery’s collection. Museum guides  led the talks to facilitate conversation rather than giving lengthy lectures about the artwork. Visitors were encouraged to voice their opinions of the art, namely what emotions it evoked and what techniques the artist used to provoke that reaction. In the pop-up talk on Max Weber’s Rush Hour, New York (1915), visitors described their sense of claustrophobia and the frenetic nature of Weber’s early modernist work. They observed underground subway rails and elevated railroad tracks in Weber’s interpretation of cubism and futurism. One Gallery visitor even described the fragmented pieces of blue as flashes of the sky in between the skyscrapers of the city. Another visitor noticed music notes in the piece and felt as if she were in the raucous cacophony of rush hour herself. Overall, the experience gave visitors a unique opportunity to interact with strangers’ opinions regarding the art in the gallery, allowing them to be exposed to new ideas and to bounce their thoughts off of one another.

The contemporary storytelling organization, Story District, also presented The Living Canvas: True stories where life imitates art. Story District, known as SpeakeasyDC from 2005-2015, aims to be a platform for the expression of diverse perspectives and allows newcomers to storytelling the chance to train and have their stories heard by a large audience. The organization performs for about 10,000 people annually and puts on shows in famous D.C. venues such as the 9:30 Club and Lincoln Theater. The show at the National Gallery this past week took place in the Gallery’s auditorium and featured five storytellers who each told a unique, humorous story from their own life. Each story was paired with several photographs of artwork from the Gallery’s collection. The photographs were projected on a huge screen behind the storyteller, and the image switched at the appropriate time in the story.

Meredith Maslich’s story of conquering her fear of swimming in the ocean featured paintings of old 17th century ships during a storm as she described what she thought of as “angry” breakers.  Mitch Belkin told visitors of his decision to meet women in an intro to drawing course in college and his embarrassing full-body nude self-portrait. Jenny Splitter described her successful diet after having her first child, but the diet’s eventual tragic end in which she ate wedding cake out of a trashcan at the reception. Perhaps the most dynamic story was Nuphur Mehta’s. He described the introduction of his Jewish girlfriend from New Jersey to his Indian immigrant parents and periodically lapsed into a hilarious impression of his mother’s scolding. The storytellers performed in front of a packed auditorium and continuously had the audience in hysterics. Overall, the storytelling offered a refreshing and fun perspective on what can often be perceived as static artwork.

The National Gallery’s Evenings at the Edge program is a clear success. Hundreds of guests roamed the East Building, and the art seemed to come alive in between the soft glow of the lights, the music, and the constant hum of voices eager to share their views on the artwork. The air of excitement and energy was palpable throughout the event. Evenings at the Edge is sure to be an enthralling, after-hours adventure for Thursdays to come. 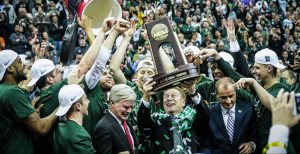