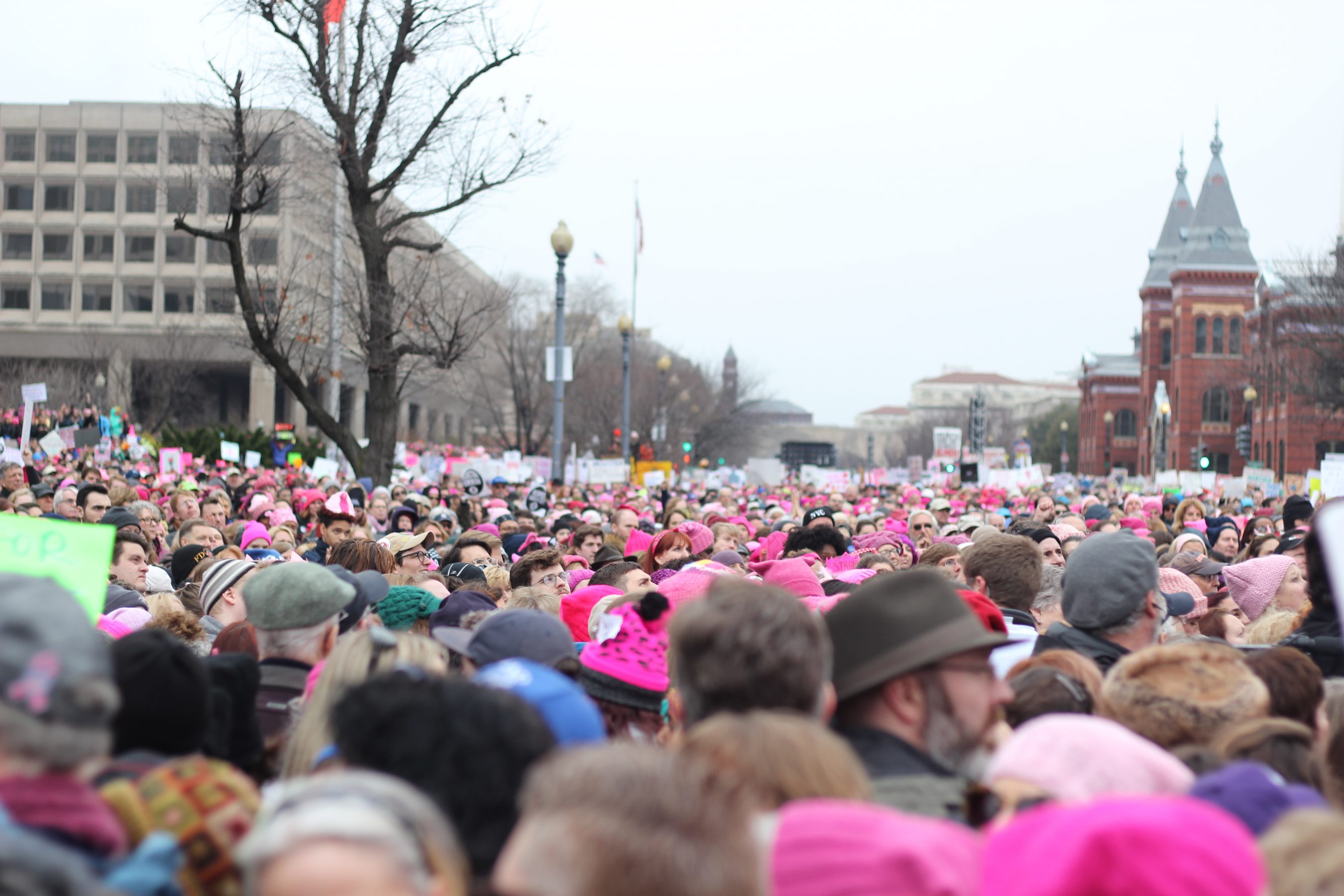 More than 500,000 people gathered on the National Mall on Jan. 21 to advocate for a wide variety of causes as part of the Women’s March on Washington, and many Georgetown students were involved in both planning and protesting in the Women’s March.

Madison Thomas (COL ’19), national coordinator for college engagement for the Women’s March, was responsible for outreach to undergraduate students in 249 colleges across the United States.

Thomas coordinated transportation of college students across the United States. She worked with schools as far as California in addition to local DMV students. For those students who were not able to make it to Washington D.C., Thomas was instrumental in helping them find local sister marches.

Students shared a large range of reasons they felt the urge to attend the Women’s March, including frustration that women’s issues were not going to be protected moving forward.

“There are a lot of issues that I felt like I wanted at the forefront of the new administration, women’s issues especially,” Catriona Kendall (SFS ’20) said.

Caroline Bucca (NHS ‘20) said that she wanted to represent her studies and was encouraged by women in her field.

“I felt like I wanted a lot of women’s rights to be more recognized, I’m a science major and women in science is not exactly an easy thing,” Bucca said.  “I saw online that a lot of scientists were going, so I thought it would be a good way for me to get my own frustrations and ideas out.”

The Women’s March also drew the support of many male students. James Gordy (SFS ’20) described feeling the need to advocate for others.

“I think that I am very privileged to be a white male in the US, I think that I kind of have a responsibility to use that to advocate for others and fight for others, and obviously Trump’s administration is horrible for women,” Gordy said.

Some protesters noted that the March had an upbeat, positive atmosphere. DC Metropolitan Police stated that zero arrests were made during the Women’s March, compared  to the Inauguration Day, which saw 217 arrested and multiple police officers injured.

“Holistically [the Women’s March] seemed to be positive, people were nice, they were overall supportive, didn’t seem violent at all. There were people with dissenting views but they were still, overall, peaceful,” Norman Francis (COL ’20) said.

Across the United States, more than three million people protested in smaller, local demonstrations, and 637 different marches took place around the world.

On their web page, Women’s March organizers declared their mission. “The Women’s March on Washington will send a bold message to our new government on their first day in office, and to the world that women’s rights are human rights.”

Watched protests yesterday but was under the impression that we just had an election! Why didn't these people vote? Celebs hurt cause badly.

Peaceful protests are a hallmark of our democracy. Even if I don't always agree, I recognize the rights of people to express their views.

As the protesters made their way down Pennsylvania Avenue to the White House, many protesters promised to make sure they would not be forgotten, chanting, “Welcome to your first day! We will not go away!”