When many fellow graduate student-workers and I started the Doctoral Students’ Coalition (DSC) over a year ago, I didn’t have a firm opinion about whether graduate student-workers on campus should form a union. I wondered whether we could make desperately-needed gains to our salaries, benefits, and working conditions through coordinated, sustained advocacy efforts without a full union campaign. If we could make these gains without a union, I thought a union campaign would be more hassle than it was worth. A year later, I’ve come to believe a union for graduate workers is a necessity. If graduate workers want a living wage, improvements to our abysmal healthcare and childcare benefits, guaranteed summer funding, better working conditions, and many other needs met, unionizing is the only way forward.

A DSC-conducted survey of Ph.D students found that 80 percent of approximately 160 respondents want a union for graduate workers. This is why several of us are beginning a new group, Georgetown Alliance of Graduate Employees (GAGE), to campaign for a graduate worker union.

A major shift in my thinking on this issue occurred in spring 2016, when the Georgetown Graduate School of Arts and Sciences (GSAS) attempted to increase the number of hours that graduate teaching assistants (TAs) and research assistants (RAs) could be asked to work in any given week without a proportional increase in pay. The proposed policy also removed opportunities for graduate student-workers to take part-time jobs on campus, which were crucial for many graduate students to make ends meet and also build skills and connections. The administration of GSAS did not consult with any Ph.D student-workers at any point in the process of crafting this policy.

Through very hard work, DSC was able to win a moratorium on that policy. But the situation made many of us realize that, without a union contract, the University administration can make whatever changes they want to our pay and working conditions at any time—without consulting us. Having a union requires the University to do what they should already be doing: negotiating with graduate workers when they enact policies that impact our pay and working conditions.

Without a union, it’s clear that any gains made to our pay and benefits are fundamentally unstable. For example, all Ph.D student-workers know that our stipends have been increasing by $1,000 per year for the past several years. But without a union contract, that could stop any time; Georgetown is under no legal obligation to provide these raises. This instability also goes for any gains that we try to make in other areas, like healthcare or childcare benefits, without a union contract: improvements could be here one year and gone the next.

The process of negotiating a union contract will also allow us to push through a much broader and more ambitious advocacy agenda—and in a shorter period of time—than non-union advocacy would allow. For the past year, the ability of DSC to advocate for improvements to pay and benefits has been limited because our time has been consumed with putting out fires: stopping the aforementioned stipend policy and stopping departments from dramatically overworking their graduate student-workers. With a union structure and contract in place, a union grievance committee—that has real legal authority and is run by graduate student-workers themselves—will swiftly handle these emergencies. This structure will free up time for graduate-student workers to actually make positive change as opposed to merely forestalling steps backward.

The conditions for starting a graduate worker union at Georgetown have also never been better. The National Labor Relations Board (NLRB) ruled in August 2016 that students at private universities who work as teachers, TAs, and RAs are also employees with the right to unionize. The law is squarely on our side. At Georgetown, we are in a unique position among private universities because our right to organize is institutionally protected by the Just Employment Policy. The Just Employment Policy—which is inspired by Catholic social teaching—commits Georgetown to a policy of non-interference with union organizing activities. While the process of forming a union certainly won’t be a cakewalk, we have far fewer roadblocks at Georgetown—and at this moment in time—than grad workers at many other institutions.

But the time to act is now. These uniquely favorable conditions might change. Trump will likely appoint people to the NLRB who are staunchly anti-union and who would overturn the August 2016 ruling. We have a small window of time in which we can act to form a union without fear of legal repercussions, and once the union is formed, it is unlikely that Georgetown—given the Just Employment Policy—will revoke their recognition of it.

In accordance with its Jesuit values and its commitments to social and labor justice—and not without a significant push from workers and students—Georgetown has collaborated with campus workers in the past in recognizing their right to unionize. This is a history the institution should be proud of and should seek to continue by recognizing our graduate workers union. We must fight for fair treatment for all Georgetown employees.

Hailey is a fifth-year Ph.D student with the philosophy department. 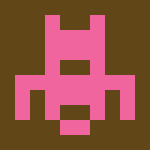