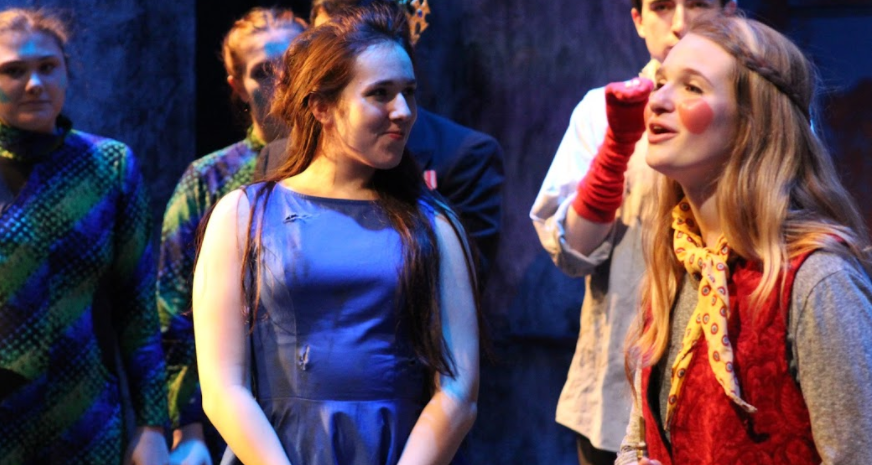 When people think of the books they loved as a child, they often imagine far away, make-believe lands with a wide array of magical characters and subtle, yet often profound, morals. These books serve the purpose of teaching children around the world and ensuring that these children, in turn, go on to make the world they inherit a better place. The Georgetown Department of Performing Arts and Nomadic Theatre’s co-production of the classic children’s novel The Phantom Tollbooth embraces this spirit, creating a show that is both true to the source material and entertaining to audiences of all ages. In doing so, the play imparts important lessons on the merits of learning, acceptance, and time management—lessons that should resonate with Georgetown students.

The Phantom Tollbooth, which runs until Feb. 4th in the Davis Performing Arts Center on campus, tells the story of Milo (Carmen Livesay [COL ‘17]), a young girl who inhabits a world that discourages creativity and thought. When Milo encounters a magical world in a seemingly abandoned subway station, she is taken on a journey to resolve the conflict between King Azaz of Dictionopolis (Mark Camilli [COL ‘19]) and the Mathemagician of Digitopolis (Suzanne Coles [COL ‘17]), rescue the princesses Rhyme and Reason (Kylie Navarro [COL ‘20] and Julia Marsan [COL ‘17]), and restore harmony to the Kingdom of Wisdom with the power of her own creativity and problem solving skills. Along the way, she meets a wide array of fun, fantastical characters, including Tock (Johnny Monday [COL ‘18]), the loyal, responsible watchdog and Humbug (J. Aiden McAleer [COL ‘19]), a crotchety insect-like creature that provides laughs throughout the course of the play. In her quest to save the Kingdom of Wisdom, Milo and those around her learn to accept one another and embrace their senses of imagination.

Although this play is based on a children’s book, the messages it teaches are universal. As director Mollie Rodgers (COL ‘17) describes, “Honestly, it was just a play I had fallen in love with when I had read it,” director Mollie Rodgers (COL ‘17) said, “In the world today, a lot of what we see on the news is children who are being forced into becoming adults too early through the decisions of people that are not necessarily affected [by their decisions], so this was touching a bit on children, their imaginations, and using imagination to adapt to new situations.” The theme of the power of imagination pervades the play and carries an important message for Georgetown students. Often in the course of their studies, students, like Milo in the beginning of The Phantom Tollbooth, become so absorbed in the mundane aspects of the day-to-day that they lose their sense of magic towards the world around them. The play allows its audience to realize that the complexities and problems young people face in the modern age may seem daunting, but can be overcome with a childlike sense of wonder, curiosity, and innovation. By embracing a sense of imagination and a love of learning, the play demonstrates that people of all ages can change the world and restore the rule of rhyme and reason.

The production reflects a deep love and appreciation for the original 1961 Norton Juster novel, with funny wordplay and beautiful special effects. The end result fantastically portrays Juster’s original conception. All of the actors, most prominently Livesay, Monday, and McAleer, bring the protagonists of the novel to life. McAleer provides constant comedic relief throughout the course of the play as the Humbug, while Livesay and Monday give loveable portrayals of Milo and Tock. Due to the difficulties of converting a fantasy children’s novel into a theatrical production, there are moments where the audience must suspend their disbelief and use their own imaginations. However, rather than detracting from the audience’s overall experience, this suspension of disbelief reinforces the importance of the imagination celebrated throughout the play. While both children and adults can take something important away from The Phantom Tollbooth, the production stays true to the novel’s target audience as kids are sure to delight in seeing the fantasy world of Juster come to life. With jokes and morals scattered throughout the production, The Phantom Tollbooth makes for a fun, educational escape into the whimsical realm of numbers and letters.

The Phantom Tollbooth is a nostalgic journey into one of the stories that has shaped the lives of generations of children. The effort that went into the production is clearly visible, with great performances from its actors and enchanting effects. Both fans of the book and fans of theatre will be equally enchanted by this adaptation, undoubtedly taking a piece of the magical Kingdom of Wisdom back with them. 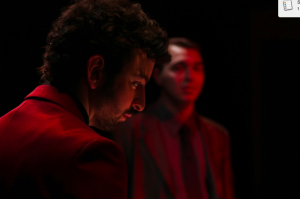