By Ryan Miller and Jake Maher 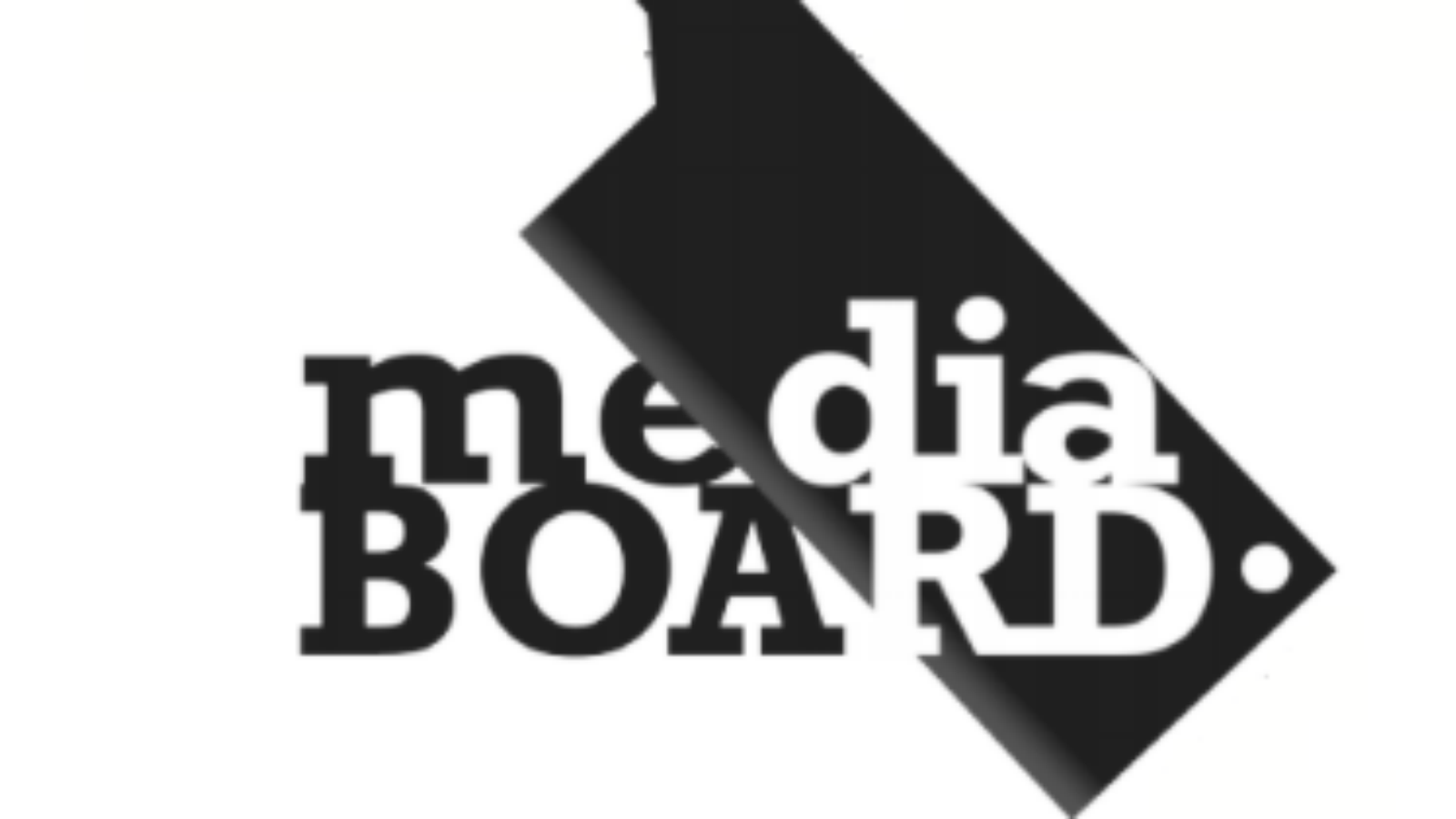 The GUSA Senate Finance and Appropriations Committee (Fin/App) cut funding for Media Board by 39.5 percent for fiscal year 2018 compared to 2017’s allocation, a decrease of $37,500, according to the 2018 Student Activities Budget Report. GUSA senators have said that this cut restores the board to its historical funding levels. (Full Disclosure: The Voice is a member of Media Board.)

In the report, Fin/App called on clubs in Media Board, which represents student publications and media outlets, to lower print costs and consider increasing online presence. However, Media Board clubs have raised concerns over how the cut will affect operations and membership, as well as over GUSA’s role in allocating money to campus media.

“I think the budget cuts forces every publication to shift gears. The decrease in funding forces everyone in the Media Board to focus on staying afloat financially rather than on how to contribute more,” wrote Robert Danco (SFS ‘18), executive director of The Caravel, in an email to the Voice.

The total amount to be allocated for all clubs slightly increased for the 2017-2018 school year, and most advisory boards and clubs received increased funding, according to the report. Media Board received the largest cut of all advisory boards.

In fiscal year 2017, Media Board was allocated $95,000 – a 42 percent increase from the year before. “The Committee’s rationale for this large increase came in part because of Media Board’s improved budgeting efforts and our recognition of the importance of print media on Georgetown’s campus,” Fin/App wrote in its 2017 report.

Fin/App vice chair Scott Lowder (COL ‘17) said a majority of this year’s Fin/App committee believed that the 2017 allocation was “bloated.” When asked what caused the increase in 2017 followed by a cut in 2018, Lowder declined to comment because he was not a member of Fin/App for the fiscal year 2017 budgeting process. This year’s Fin/App Chair Owen Hayes (COL ‘18), who was also on Fin/App last year, did not reply to interview requests or questions sent via email.

However, Lowder said, “We wanted to get Media Board back to around its operating budget so it could focus on sort of its core mission.”

While the report cites The Hoya’s decision to cut print costs by $40,000 as another reason for cutting Media Board’s budget, the board’s costs increased in other areas. Media Board gained two new clubs for fiscal year 2018 – Bossier and The Georgetown Review.

The Student Activities Commission (SAC), which oversees more than 100 clubs, saw a 5.3 percent increase for 2018 after accepting new clubs, according to the 2018 report. Lowder said that the presence of new clubs was considered in the budgeting for Media Board.

Unlike Media Board, which submitted line-item budgets showing exact costs for operations, SAC submitted lump sum requests given its large size as an advisory board. “I think even if you could get all that information [about SAC clubs’ budgets], I think it would be hard for us to digest it in the same way that we can take a look at a smaller advisory board,” Lowder said.

Media Board will still meet at least its minimum operating budget with Fin/App and Student Affairs funding, as well as a grant from Coca-Cola. Fin/App is the sole body that allocates funding from the yearly Student Activities Fee.

“Elected representatives ideally in this process can take a broader look and balance different needs,” Lowder said. “Unfortunately in some cases, that does end up becoming value judgements on ‘this or that activity’ undertaken via an advisory board.”

According to Almeida, there is generally little overlap between the GUSA senate and Media Board organizations. “A concern that is shared by a lot of advisory boards is that there is very little oversight as to what goes into individual Fin/App senators’ decision-making process,” Almeida said. “Senators tend to be involved in SAC groups or club sports groups.”

However, in its fiscal year 2018 report, Fin/App stated, “Going forward the Committee would like to see increased measures taken to rein in costs associated with print and subscriptions, and to further consider the increasing online presence of various publications.”

Media Board was one of two advisory boards, along with Georgetown Program Board (GPB), to appeal their allocation. GPB received additional funding in the appeal, in part because it made a compelling case, Lowder said.

In the appeals process, Media Board did not include roughly $25,000 of the funding from Student Affairs it would receive for fiscal year 2018. Lowder said the initial budget request, which did include the $25,000, and the appeals request are two separate processes, and that forgetting funding during any step of the club funding process showed a lack of consideration for the Fin/App process.

Although the budget report made no reference to internal problems with Media Board, GUSA Senate meeting minutes from March 26 reference a “sign of malfunctioning board” when Media Board was discussed.

“Media Board did not offer a compelling presentation at any time during the budgeting process, and its structure, which I believe to be flawed, may have contributed to that,” Lowder wrote in an email to the Voice.

Media Board’s structure differs because its members represent the clubs to which they personally belong. SAC commissioners, for example, cannot serve as a commissioner for a group if they are on its board, and they represent multiple clubs, according to Lowder.

Lowder cited Media Board’s vote on the Dec. 1 referendum on club funding, which was later ruled illegitimate, as an example of this flawed structure. Media Board unanimously endorsed the referendum among its members, but Media Board representative Evan Zimmet (MSB ‘17) abstained from the Council of Advisory Boards (CAB) vote, which Lowder called unfair. Zimmet did not respond to an email request for comment.

“Zimmet abstained from the endorsement vote in CAB due to his role on The Hoya and ‘journalistic ethics.’ His abstention was the deciding vote,” Lowder wrote.

Hoya editor-in-chief Toby Hung (COL ‘18) called the structure of GUSA allocating funds for campus media broken given that campus publications sometimes report critically on student government. “We have to be objective,” Hung said. “So we report on these members of GUSA, and they are directly responsible for our funding allocation.”

Lowder said that coverage of GUSA did not affect funding decisions for campus media.

Although the budget cut was intended to encourage a shift towards online rather than print journalism, small student media organizations that depend heavily on print editions to survive have long-term concerns. Eva Niedermeyer (COL ‘19), managing editor of The Georgetown Independent, wrote that the publication’s existence relies on its print issues.

“As a relatively small publication, The Independent’s main costs are printing and our website subscription. With the decrease in the Media Board’s budget, we will most likely have to cut down on the number of issues we print,” she wrote in an email to the Voice. “As most of our readers obtain and rely on the physical copy of our magazine, this brings a large level of uncertainty into the future of The Independent.” The magazine prints monthly.

Danco echoed Niedermeyer’s concerns that his organization’s operations will suffer because of the cut. “We expanded our staff, rolled out two new departments, and took on more aspirational projects. The budget cuts effectively kneecap all of those initiatives,” he wrote.

“Now, instead of talking about new ways to work with ambassadors in D.C. or how to innovate our approach to social media content, our executive team has to sit down and apply to grants to make sure we can even print our paper.”

Michele Dale (SFS ‘19), editor-in-chief of Bossier, expressed concern for the magazine’s future in light of the reduced budget. “It is really important that Bossier be a print issue. It’s central to who we are as a ‘zine and is part of what makes us unique. That being said, we are unsure if we will be able to print next year as a result of these changes,” she wrote.

Not only does the Media Board’s budget cut make operations more difficult for existing publications, it also threatens to limit the opportunities for new clubs to form, wrote Niedermeyer. “With the future of Media Board dramatically destabilized, the ability for new student publications to be created decreases, and the potential for new outside voices to be heard is reduced.”