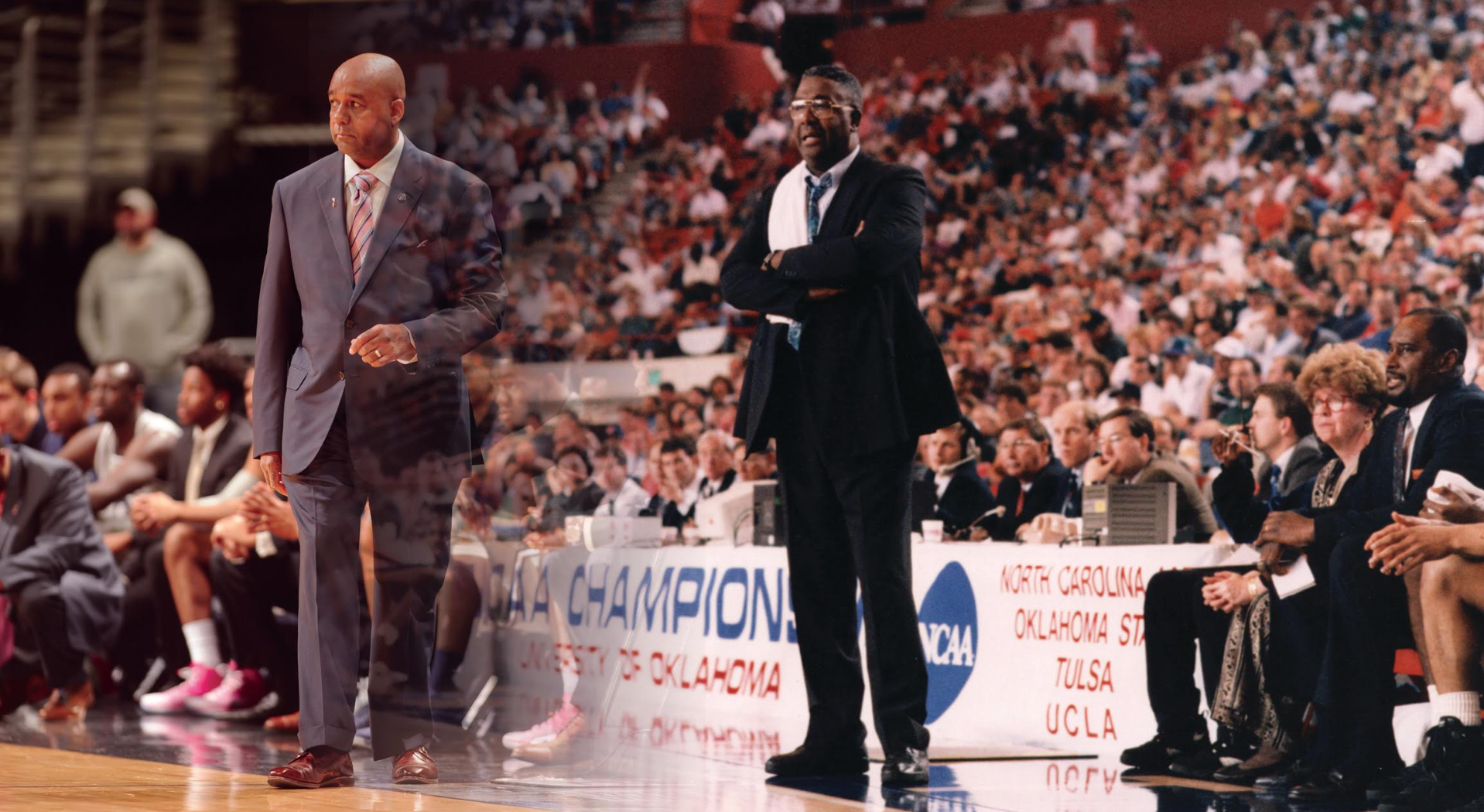 More than Coaches:
Looking Back on the Thompson Era

In 1972, Georgetown University was a small Catholic university in a predominately white neighborhood. Best known among elite east coast families for its strong academics and Jesuit values, Georgetown was an attractive location for parents to send their future lawyers and politicians. Students arrived on campus to study, and paid little attention to the school’s modest athletic program.

Over the course of the next half-century, John Thompson Jr., and his son, John Thompson III, would transform the small white liberal arts school into both a basketball powerhouse and a nationwide cultural phenomenon.

“I think it’s pretty obvious that the Georgetown that we know doesn’t exist without John Thompson Jr.. There’s no denying that,” said Bobby Bancroft, an Associated Press freelance writer and Casual Hoya contributor. “There’s a huge statue of him. He’s always been larger than life.”

Thompson Jr. began his tenure by recruiting black athletes, starting an all-black lineup by the end of the 1970s, a time when the college game was still disproportionately white. But Thompson Jr. didn’t just change the composition of his rosters, he also ushered in a different approach to the game, introducing a hard-nosed, physical, and exciting style of play to a team that had been historically mired in mediocrity. Mike DeBonis (COL ’04) (Full disclosure: Mike DeBonis is a former Voice alum), writing for Slate magazine, described the team’s conscious cultivation of not only respect, but also fear from opponents.

The icon of this rough and tumble style of play was the 1981 consensus national number one recruit, Patrick Ewing (COL ’85). Thompson Jr.’s commitment to recruiting black athletes and his unconventional coaching style paid off. With Ewing, the Hoyas  attended three Final Fours and won the 1984 National Championship game, only 12 years after Thompson Jr. took the helm, marking one of the most dominant four-year spans in college basketball history. Georgetown’s academic program grew simultaneously, with applications to Georgetown rising 45 percent between 1983 and 1986, according to Forbes.

“[Thompson Jr.] became, I think, within a period of 10 to 12 years, an iconic figure at Georgetown. Not only in the sense that people loved the fact that he was winning games, but also to the school itself because he was making so much money for them, and they went after the Capital Center,” he continued, referring to the now demolished arena in Maryland that seated nearly 19,000 fans. “They rarely sold out the building, but they were making money playing out there. They were on national TV a lot.”

Georgetown games became accessible to national audiences for the first time after the introduction of a brand new athletic conference, the Big East. Before Thompson Jr., Georgetown was one of many urban universities without a conference that reflected their commitment to basketball. After their introduction as an original member of the Big East, the Hoyas developed powerful rivalries with long term foes Villanova, St. John’s, and Syracuse, and played out their grudge matches for all to see on up-and-coming television network ESPN.

Through their new television partnerships, Georgetown began to benefit financially from their expanding basketball program. At the same time, by increasing their national visibility and quality of play, the Hoyas became prime candidates for a corporate partnership with Nike, serving as one of Nike’s newest launchpads into college athletics. Thompson Jr., now on the Nike board of directors, was in part responsible for connecting the university to the international shoe brand, a connection that still exists today.

The Hoyas’ increased national reputation manifested as an important aspect of culture across the country. People everywhere wore Georgetown gear, an unexpected and welcome feat for a small liberal arts school with only a few thousand undergraduates.

African-American communities were particularly supportive of the Hoyas, a now-unapologetically black team in a historically white sport. Thompson Jr.’s conscious effort to bring basketball to black athletes and communities, in addition to his success, made him a celebrity.

“Georgetown gear sold very big nationwide. It became sort of known in the black community as ‘America’s black school,’ to the point that I know there were some basketball players who actually thought that Georgetown was a predominately black university,” Feinstein said.

Rappers, such as Big Boi of OutKast and Nas, referenced the school’s tough play in their music. Chuck D, leader of the rap group Public Enemy, once articulated his dream of forming a rap group called “Georgetown Gangsters,” where each member wore a Georgetown Starter jacket.

“They broke down a lot of barriers, some racially. The diversity of the school has grown,” said former Georgetown guard D’Vauntes Smith-Rivera (COL ’16), the school’s fifth highest career points scorer. “That’s what I think personally I have come to love about the culture of Georgetown and the history of Georgetown.”

After peaking in 1984, the team reached five Sweet Sixteens and three Elite Eights between 1985 and 1996. Then, the team that was once the nation’s most feared program began to fall back to Earth. Thompson Jr. abruptly stepped down from his post following four straight conference losses during the 1998-1999 season, citing personal problems, and finished his 27-year tenure as head coach with a record of 726-305.

Craig Esherick, a Georgetown assistant coach since 1982, became Thompson’s successor in 1999. Despite a Sweet Sixteen appearance in 2001, the new Thompson-less era was otherwise lackluster. The most lasting successes of his five-year tenure was the recruitment of future Georgetown greats Roy Hibbert (COL ’08) and Jeff Green, both a part of the 2004 recruiting class.

Following Esherick’s firing in 2004, the program was at a crisis point. Lost in the constantly-changing and increasingly fast-paced game of the 2000s without the anchor of the Thompson name and identity, one solution quickly surfaced.

The Thompson name was reinstated at Georgetown with the hiring of Thompson Jr.’s son, John Thompson III. Thompson III came from a successful stint as head coach at Princeton University, and many hoped him to be the heir to the Georgetown throne, the destined leader meant to lead the program back to national prominence.

Almost immediately after being hired, the Thompson energy returned to Georgetown. In 2007, just three years into the younger Thompson’s tenure, Georgetown made a Final Four run for the first time in three decades, led by Hibbert and Green. That deep post-season run would set the Hoyas up with future recruits and luxuries over the next decade.

Even though Thompson III was the head coach, Thompson Jr. was a constant presence with the team, giving advice during practice and attending every home game at Verizon Center in his courtside seat.

“He’s definitely somebody that everyone idolized. I don’t think he said too much or had the type of influence JTIII did,” Smith-Rivera said. “But with him being there, I think it gave everyone the extra motivation. You want to impress him and be somebody that he speaks highly of because at the end of the day his word matters.”

Plans to build the Thompson Jr. Athletic Center, a $65 million practice facility on Georgetown’s campus unveiled in 2016, began to take form just a few years after 2007. A statue of Thompson Jr. stands in the main entrance of the new building. “That building doesn’t happen if they don’t make the 2007 Final Four or are not [nationally]ranked continually through 2013,” Bancroft said.

While both father and son led their teams to success on the court, the two stressed the importance of helping their athletes transition into the challenges of adulthood as well. In the process, neither shied away from expressing his political and personal opinions.

In an article posted in Washington City Paper, former Georgetown player Mark Tillmon (C ’90) discussed a confrontation between Thompson Jr. and the team in the late 1980s, when the coach berated his players for not having an opinion on the latest news events.

After another well-known incident in which an opposing fan threw a banana at Ewing before a game against Villanova, Thompson Jr. said he would send his players into the stands if it were to happen again. Even after this controversial statement, the Georgetown administration backed its fiery head coach. Georgetown President Rev. Timothy S. Healy responded to Thompson Jr.’s comments, saying, “If that’s what it takes to get people’s attention, so be it.”

Before a game against Boston College in 1989, Thompson Jr. walked off the court to protest NCAA Proposition 42, which would have denied scholarships to freshmen who were academically ineligible.

Thompson III was equally willing make a statement. In 2015, the Hoyas were the first to wear “I Can’t Breathe” t-shirts to protest the treatment of Eric Garner, who was choked to death by police in New York one year prior. While the decision was made by the players, Thompson III supported his players as soon as he was informed of their decision.

“We’ve never shied away from issues, whether it be Prop 42 or taking Allen Iverson out of jail,” Thompson III said in a USA Today article. “It’s something we’ve never run from.”

The Thompsons were coaches in the broadest sense. Though they were paid for their success on the court, each coach also extended his role outside of the locker room. Neither shied away from taking risks or embracing the unconventional when eyeing potential players and team leaders.

Allen Iverson, a Georgetown player for two years and NBA Hall of Famer, was brought to the Hilltop after other schools had rescinded their interest following his alleged involvement in a brawl. Iverson credited John Thompson Jr. with saving his life in his 2016 NBA Hall of Fame acceptance speech.

“The Thompsons being the head guys on the staff, I think that helped for recruiting purposes,” Smith-Rivera said. “I know for me, it felt like I could trust them and build a great relationship.”

The end of the Thompson era at Georgetown comes with a bitter taste. While the past two years have seen an inundation of criticism of Thompson III, it is impossible to overlook the 2007 Final Four and three Big East Regular Season Championships during his time as head coach. Maybe more importantly, Thompson III’s early years brought back the cultural value and recognition to the team that has made Georgetown’s head coaching position one of the most highly sought in the nation.

For players such as Smith-Rivera, the reaction to Thompson III’s removal after the 2016-2017 season, the second of two losing years, spurred a difficult response.

“I played for the fans but I also played for John Thompson III. So, you know, it saddened me [to see fans celebrate],” Smith-Rivera said.

Some of the uncertainty surrounding the program was lifted earlier this month when Georgetown hired Ewing, an NBA assistant coach since 2002 and a 2008 Naismith Memorial Basketball Hall of Fame inductee. While the program will undergo some changes with the new appointment, fans can now expect some stability, as Ewing has said he will look to provide a seamless transition from the old era.

“When JTIII was let go, I felt hurt, just like the Thompsons did, but I thought it was a great way for me to come back,” Ewing said at the team’s April 26 end-of-year banquet.

The Georgetown administration agreed that Ewing was the correct choice to not only guide the Hoyas back to their winning ways, but also to mentor athletes similarly to the Thompsons.

“We wanted someone who would set a high standard as a leader of our young men,” Lou Reed, Georgetown’s athletic director, said. “After all, that is why we are here. We wanted someone who understood and was passionate about doing things the right way, the only way, the Georgetown way as it relates to building a nationally competitive program.”

All Other Photos via Georgetown Sports Information 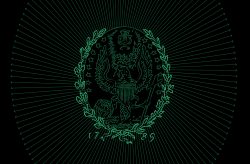 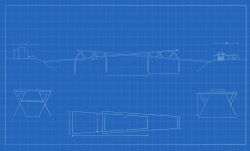