Known for popular songs “Breakeven” and “Hall of Fame,” The Script released their fifth album, Freedom Child, on Sept 1. The band debuted at number one on the UK charts, marking the fourth time to do so in the group’s career. In response to their ever-growing success, the Script explained to OfficialCharts.com in September that,

“You guys may never understand how happy we are to have achieved our fourth Number 1 album. You see, we’ve worked so hard on it and ultimately the fans decided whether it’s a strong album or not. We’re so so lucky and are humbled by it.”

Well received by fans, Freedom Child falls in line with the Irish band’s typical pop vibe. The lead single “Rain” opens with frontman Danny O’Donoghue’s voice lamenting over a loss of love accompanied by a simple piano progression. As the song progresses, the track is filled with echoing voices and typical pop production that leaves an impression as unoriginal. Sadly, “Rain” acts as a bland template for the fourteen-track album: with its acoustic sounds and vague electronic additives, the album does not show much growth for the group or the pop genre they are working within.

The tracks in the album do not show a discernable pattern or connection to one another. Instead of a common thread running through the songs that formulate a greater message the album shotguns topics, scattering themes all over the place. Topics range from modern love in “Arms Open” and “Rain” to political commentary “Divided States of America.” The result feels less like a cohesive, thoughtful album and more like a method to appeal to the largest audience possible while searching for a top-charts track.

However, this strategy does have it benefits, keeping the sound fresh for the listener, as they don’t know what to expect from each track. Following their typical style, The Script embraces a predominantly positive message that  uplifts the listener. “Make Up” stands out on the album by championing self-love and questioning modern beauty standards. But like many songs on the album, the strength of these lyrics are overshadowed by overproduction.

The result of the Script’s first album in three years is one of predictable commercial success, but it is just that: commercial. While Freedom Child is fun for listening in the car with friends when out for a crazy night with the windows down, it is not for testing any boundaries or leading to deep thought.

Voice‘s Choices: “No Man is an Island,” “Wonders.” 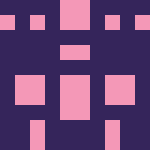 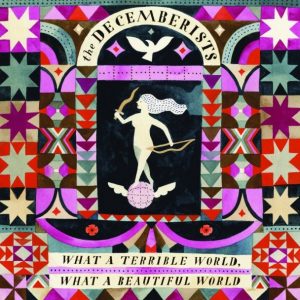