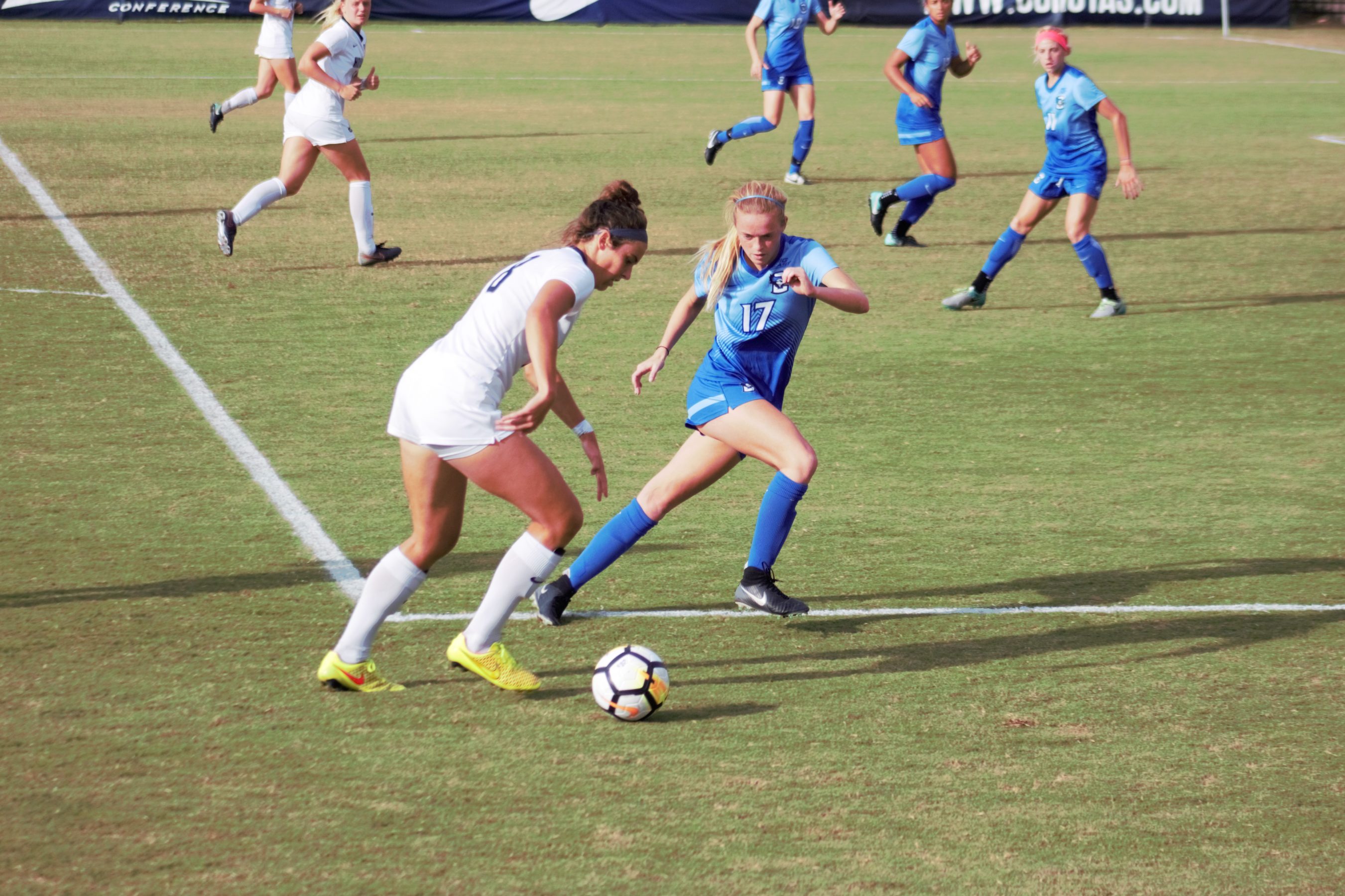 The No. 15 Georgetown women’s soccer team (10-2-2, 4-0-1 Big East) is approaching the business end of its season with matches against the second through fifth placed teams in the conference remaining in the regular season. The Hoyas travel to fourth-place Providence (8-6, 3-2 Big East) to face a Friars team that has only one loss at home, an overtime loss to Butler (10-1-3, 3-0-2 Big East) earlier this month.

Recent history suggests that Georgetown could be in for a nail-biter. Last year, the Friars held the Blue and Gray to a scoreless draw at home, a frustrating result after a statement win over then-No. 2 West Virginia. The year before, the Hoyas managed to beat the Friars in overtime during the regular season, but fell on penalties in the Big East tournament semifinals.

“They’re a good team,” head coach Dave Nolan said. “They’re looking at us now as a game, for them, that could give them three points to close the gap on us but also give them another at-large selection win because they already have one over Arkansas (8-7-1, 3-3-1 SEC).”

The Hoyas come into the matchup with momentum after a 5-0 demolition of Villanova (2-3, 6-8 Big East) behind four goals from redshirt sophomore forwards Amanda Carolan. That game catapulted Georgetown into first place in the league. With four games remaining in conference play, the team seems to peaking at the right moment.

“It was probably our most thorough performance of the year,” Nolan said. “We really defended very well, didn’t give them anything, and we scored some really clinical goals in that we were very efficient. I think we scored five goals off eight really good chances, which is a good return.”

As the tournament looms, Nolan’s squad, despite being ranked 15th in the coaches poll, has the 50th best RPI in the nation, a far cry the other top ranked teams. With the difficult end to the regular season comes the chance to gain points in the RPI rankings with the Friars ranked 74th, Marquette (9-5-1, 2-3 Big East) ranked 54th, Butler ranked 52nd, and Xavier (7-4-4, 3-0-2 Big East) ranked 67th.

“They’re the games we’re going to need for at large consideration,” said Nolan. “We’ve got the games that we need in front of us; we just have to go take care of business.”

Despite the importance of all four games to the team’s league title and tournament chances, Georgetown has avoided looking over its shoulder at the trailing pack.

“We don’t operate like that. This team is very focused always on the next game, and we have been for the last couple of years,” Nolan said. “We just figure, ‘Hey, we know we’re ahead of teams, they have to catch us.’”

On an individual note, senior midfielder Rachel Corboz’s three assists against Villanova put her five short of the all-time record at Georgetown.

The Hoyas and Friars kick off at 1:00 p.m. ET tomorrow in Rhode Island. 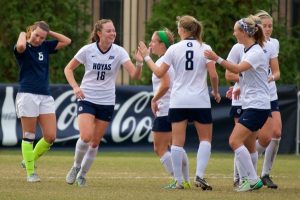