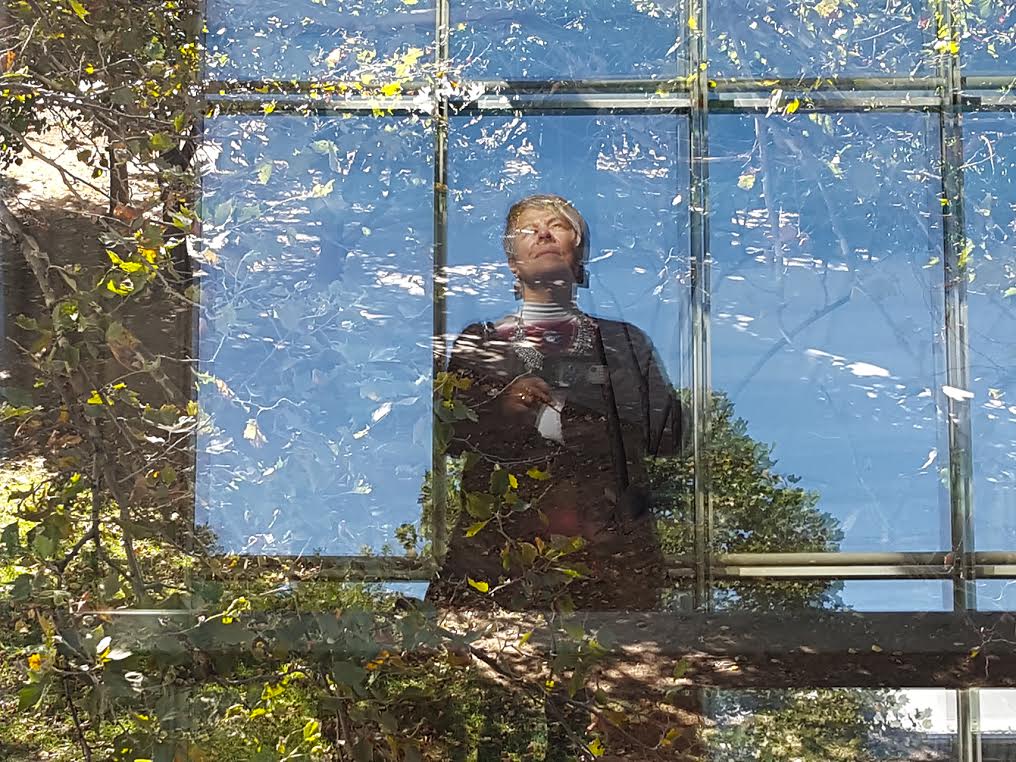 Arranged on a single wall in a corner of Gallery Underground, six 15 by 20 inch photographs make up Cohen’s collection. At first glance, it is hard to see what links these images together, apart from their size, the glossy metal on which they are printed, and their elusive titles. When asked what the link is, Cohen said it related back to the title of the exhibit, “Phantasize.” Her pictures, either by their content, her Photoshop, or their angling, each depicted part of a make-believe world, a photographic fantasy.

Throughout the month of November, Arlington’s Gallery Underground is showcasing an exhibit called “There’s no place like home,” which includes works from various artists who depict images of what they associate with home, like a dog, cereal shelves, or their family. The featured digital artist is Karen Cohen, an award-winning photographer who is exhibiting a small collection of photographs entitled “Phantasize.”

The most eye catching picture is titled “Zombie,” which, unlike most of Cohen’s other photographs, has not been digitally altered. The focal point of the picture is a man, standing in a street wearing nothing but white underwear. He is bald and pale, his arms outstretched as though reaching for something, and his eyes closed. Surrounding him is a crowd of bemused onlookers, taking pictures with their phones. The astute observer will notice that the people in the crowd are all dressed in winter clothes, making the presence of the man in underwear even more bizarre. Cohen herself does not know whether the man was real or a statue, but she felt that the moment was so surreal she just had to capture it.

The picture entitled “Frozen” is particularly hard to decipher because the relation between the image and its title, at first glance, is not clear. Depicted is the silhouette of a person, in very low light, surrounded by what appears to be splashes of water. The person is raising something to their lips, from which a jet of water is shooting. It’s only when one notices the icicles hanging from the figure’s arm that they realize what the photograph depicts: a statue in a fountain, partially frozen by the cold.

Interestingly, the only close-up is a picture of a black and white cat titled “Cat Cry.” The color of the picture has been highly saturated, turning the cat’s eyes a vibrant green. Cohen said she saw the cat in the window of a house and to her it looked like it was crying. When looking closely at the picture, one can just discern faint raindrops on the glass in front of the cat’s eyes.

The ambiguity surrounding the photographs and their titles seems to be what links them. A lot is left up to the observer to decipher, allowing for a variety of interpretations. Cohen chose this collection of images for her “Phantasize” exhibit because, for her, they were moments that elicited her fantasy.  Through her framing and editing, she creates peculiar and distorted worlds that leave the observer free to interpret and create “phantasies” of their own.