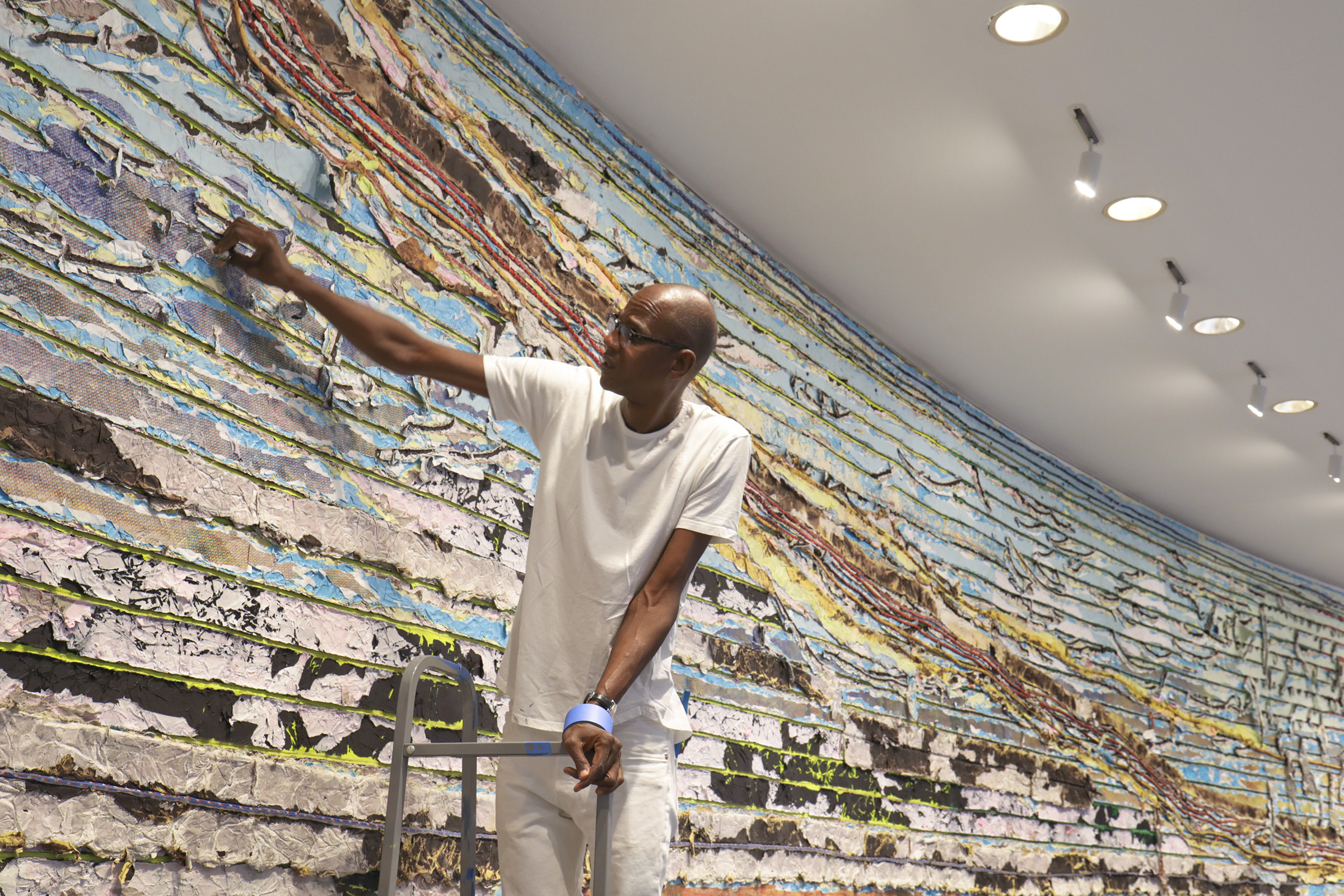 Few moments in history carry as much weight in the modern day, and are as widely misunderstood, as the American Civil War. After more than 150 years, the Civil War still captivates our nation, manifesting itself in neo-Confederate demonstrations, political races, and most recently, remarks from Chief of Staff John Kelly. In the past few years, Confederate sympathizers have flocked to protect monuments that honor Confederates while simultaneously debating the role slavery played in causing the war. Perhaps our continued fascination and exploitation of the deadliest war in American history comes as a result of the modern political landscape: two distinct sides battling for power over issues, many of which are inherently racial, with the future of the country seemingly in the balance.

LA-based artist Mark Bradford plays off of this in his exhibition Pickett’s Charge, on display at the Hirshhorn Museum. Bradford, using Civil War imagery and everyday materials, sheds light on the complexity of history, offering a critique towards those who espouse lopsided versions of historical narratives for their own gain.

Bradford became known in the international art scene in the late 2000’s for his collages, which combined paint, found objects, and abstract imagery to provide political commentary on modern American society. His pieces focused on the urban decay of his hometown of Los Angeles and provided insight to issues plaguing both the city and the nation. This mesh of political commentary with abstraction is evident in Pickett’s Charge, which combines everyday materials with Civil War imagery. Bradford based Pickett’s Charge off of the work of 19th century French artist Paul Dominique Philippoteaux, whose large cyclorama of Pickett’s Charge from the last day of the Battle of Gettysburg became one of the largest items of mass entertainment in mid-19th century America. In many ways, cycloramas played the role of today’s cinema, with music often playing in the background and a narrator providing the story behind the depicted events. Philippoteaux’s cyclorama was so lifelike that it purportedly moved Civil War veterans to tears. The medium of the cyclorama allowed Bradford to take full advantage of the circular structure of the Hirshhorn Museum, resulting in an exhibition whose magnitude is all-encompassing, even overwhelming.

Pickett’s Charge consists of eight huge collages, each portraying different moments or aspects of the Battle of Gettysburg. Some, such as “The High-Water Mark,” pay homage to particular moments of the battle, while others such as “Witness Tree” address the ways in which we remember our history. Bradford uses images from Philippoteaux’s cyclorama and overlays it with colored paper, rope, and other commonplace materials, creating images that are abstract and sometimes difficult to identify. Bradford further incorporates the abstract by breaching the canvas, with some portions of the collages completely shredded and others riddled with holes. This combination of found materials and the 19th-century depiction of the battle creates a juxtaposition between the abstract and the absolute, beauty and violence, and personal stories with the tidal wave of history. Bradford does more than encapsulate a fateful day at the most decisive battle of the Civil War; he challenges the way we choose to remember history.

Bradford’s choice to depict Gettysburg, as opposed to other famous battles, is particularly symbolic. Apart from being the one of the bloodiest battles in American history, the Battle of Gettysburg also represented one of the last chances for the Confederacy to win the war, and Pickett’s Charge was the last attempt on the part of the Confederacy to turn the battle to their favor. In the decades that followed, the battle and Pickett’s Charge were romanticized by both the defeated and the victors. For Confederates, Pickett’s Charge represented the demise of the Antebellum South, and it would be idolized by the Lost Cause movement which infamously erected the hundreds of Confederate statues and monuments that have stoked tensions across the nation.

Undoubtedly the battle was a crossroad in the American experiment, one that determined whether a young country could exist or whether its systemic racism and elitism would destroy it. That moment in history is still significant a century-and-a-half later, Bradford suggests, because we are at a similar crossroads. In many ways, the Civil War never fully ended, as the racism that caused it is alive and well in modern society. For this reason, our national dialogue keeps coming back to the Civil War, and the history is often distorted by the privileged and powerful to justify prejudice and oppression. Pickett’s Charge forces us to reevaluate preconceived notions and reveals that there is no such thing as a truly faithful representation of history.

Pickett’s Charge is a powerful statement on American society, one that history buffs and art enthusiasts alike can appreciate. The exhibit is a particularly humbling experience for those concerned with the fate of American democracy. The national crisis that led to the Battle of Gettysburg lives, and it appears almost as urgent now as it did then. We live in a post-Charlottesville America, one where interpretations of history depend upon an individual’s biases. In these times, fully understanding American history is more important than ever before. The artist masterfully captures the national tension that modernity and the Civil War-era both share, and he shows how the lessons countless Americans died to teach us between 1861 and 1865 have been completely forgotten or perversely distorted. History, as Bradford demonstrates, is fluid, and its message depends entirely on the interpreter. 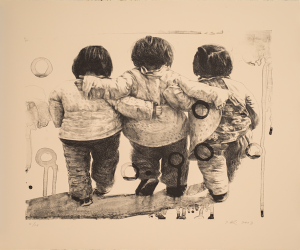