The Beat That Goes and Goes: The Sound of D.C. 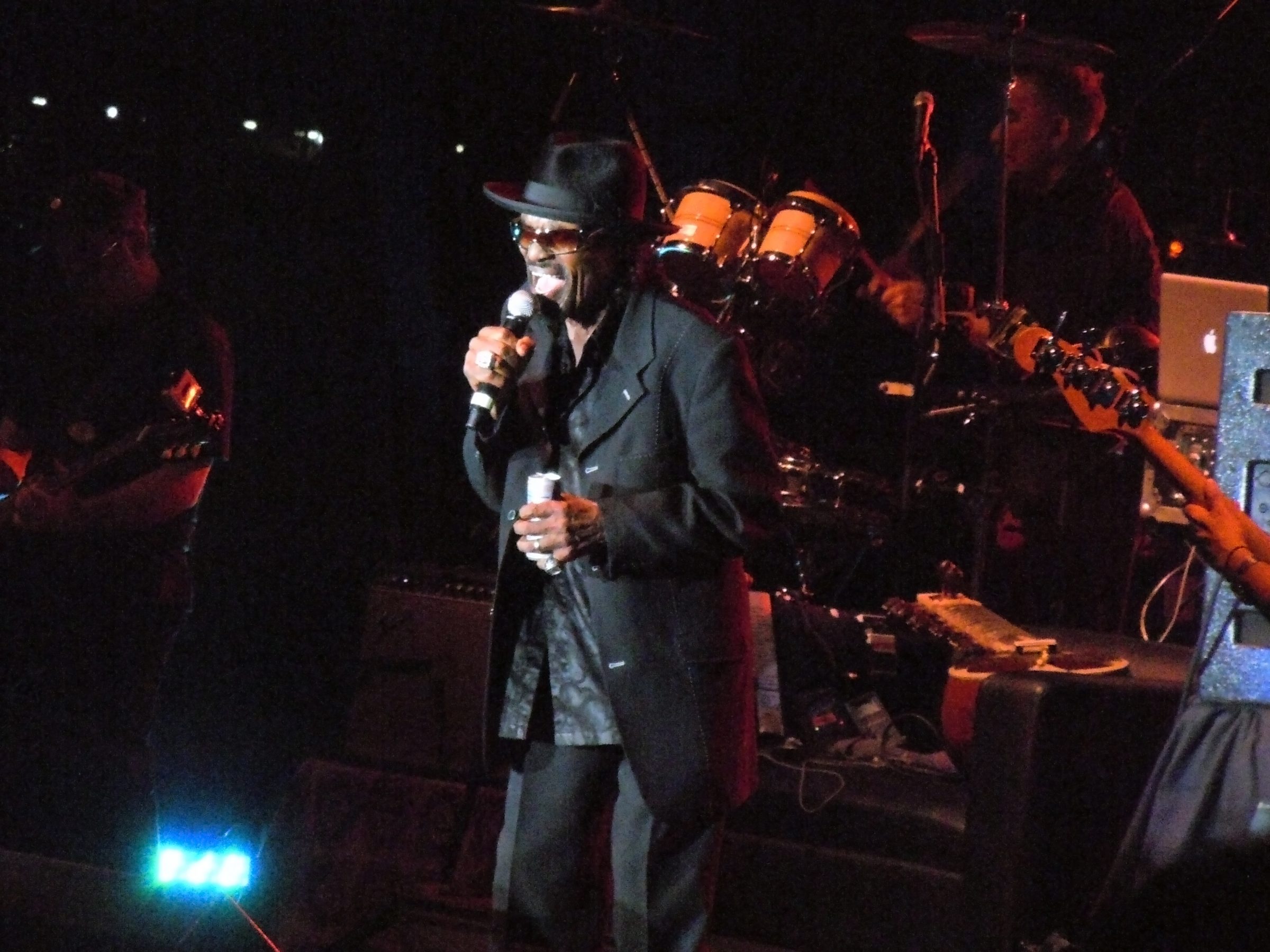 At most go-go shows, when the music starts, it doesn’t stop for hours. The ten musicians onstage have instruments ranging from keyboards to cowbells, conga drums, and roto toms.

A blend of funk, blues, soul, and Latin rhythms, go-go music first became popularized in D.C. in the 1970s by the late Chuck Brown, the original creator of the powerful sound. Brown started out playing funk music, but experimented with other rhythms that eventually formed the genre around 1976.

Known for its infectious energy, heavy percussion, and call and response between the lead singer and the crowd, go-go was quick to spread throughout the city. It thrived in dance halls, night clubs, churches, and neighborhood recreational centers where many of D.C.’s youth were first exposed to the genre. According to the Smithsonian’s National Museum of American History, the resulting competition between dozens of new go-go bands included many teenagers who received their formal music training in high school marching band programs.

During go-go’s rise, the city was divided among tourists, government officials, and a largely invisible working-class black population. The genre gave the black community in D.C., the first city in the country to have a majority black population, a platform to express their experiences and have a recognizable voice.

“Go-go is something that came out of extreme segregation and you can even trace it back to debates over slavery, so the music is reflecting the conditions of black people in this country, especially in urban areas,” said Natalie Hopkinson, a Howard University professor and author of Go-Go Live: The Musical Life and Death of a Chocolate City.

Hopkinson explained that while hip-hop began to rise in the 1980s, go-go did not gain the same national audience—but it continued to grow and flourish in D.C., solidifying its position as the distinct sound of the nation’s capital.

“Generations of musicians have been organizing go-go bands in different communities and playing at proms and playing at local community centers, recreational centers, clubs, junior high schools, high schools,” Hopkinson said. “So, it’s something that was a really big part of D.C. youth culture for many generations.”

Quentin “Shortydud” Ivey, a go-go musician, first experienced go-go at a recreational center in 1979, just a few years after the genre’s inception. Rare Essence, one of the most prominent and longstanding go-go bands, was playing and immediately intrigued Ivy with its eclectic beats.

“I was a drummer, always a drummer. But in 1979, I was introduced to go-go. And from there, everything just changed,” Ivey said. “Once I heard go-go, I just hunted it down, that was my everything.”

After learning how to play the unique percussive rhythms of go-go, his career in the genre took off as a member of the Mighty Peacemakers. Now, Ivey plays for the very band that introduced him to the genre.

Last November, Ivey found himself onstage at Georgetown University’s Gonda Theatre as part of the live go-go band that performed during Wind Me Up, Maria!: A Go-Go Musical. He was surprised to find out just how unfamiliar go-go was to many Georgetown students, even after living in D.C. for up to four years.

The musical marked a unique collaboration between Georgetown and the greater D.C. community. Wind Me Up, Maria! pulled together Georgetown students, a live go-go band, and D.C. middle school students from The Capital Kidds, a local music program founded by Charles “Shorty Corleone” Garris, an acclaimed go-go musician and a current member of Rare Essence.

Every show sold out, including an additional show that was added to the original schedule. It marked the first time in the Gonda Theatre’s history that a show had a completely sold-out run.

At first glance, go-go music and theater may not be the most obvious match. But for the show’s writer, Natsu Onoda Power, an associate professor in Georgetown’s Program in Theater and Performance studies and an avid go-go fan, it seemed like a natural pairing.

“Chuck [Brown]’s shows really embodied everything I wanted to do in my work in the theater,” Power said. “It’s nonstop energy, every new thing is more exciting than the one before, there’s no transition and it just goes and goes. Everyone is participating in it and there’s full energy.”

But for a long time, Power didn’t feel qualified to write and produce a go-go musical—until she met Garris.

The musical tells the story of Georgetown graduate Maria, played by then-freshman Myiah Smith (SFS ’20) who finds employment as a live-in tutor for a family of six adopted children. As their tutor, Maria introduces the children to the world of go-go music for the first time.

“We had the Georgetown community and the greater D.C. community sitting together,” Power said. “People who had never come to Georgetown before came because of go-go, so it was a really exciting experience. There were students who had never heard of go-go sitting next to people who have known go-go their whole lives.”

For Smith, go-go has been part of her life since she was a child. Smith has lived in D.C. since she was three, and both her father and grandfather were members of go-go bands.

“Go-go is a very live, performative music,” Smith said. “It is best understood when you are there, in the audience, call and response, dancing, bumping to the music. And that is what makes go-go so fun. That it happened on Georgetown’s campus, it was such an amazing thing.”

In the past 20 years, go-go’s original sound has evolved as a new form of the genre has risen: bounce beat. The new sound, which gained popularity in the early 2000s, is a more aggressive and explosive version of its predecessor, one that draws in younger audiences who are ready to party to go-go’s original rhythms, intensified.

According to Jason Lewis, a co-host for Bounce Beat Radio, the rise of bounce beat music has created cutting divisions between newer, younger artists and their older counterparts who claim bounce beat isn’t real go-go because it strays too far from the original sound.

But to Garris, the two sounds may have more in common than some may think.

“It’s like history repeats itself. The original bands were teenagers when they created the music, so the image they had was an up-tempo dance style groove, and that’s what’s going on with the new generation. The beats per minutes are pretty much the same, maybe one or two beats off, and the call and response is still there from both,” Garris said.

As new go-go artists emerge, however, they need a platform to be heard and to spread their music. Bounce Beat radio provides that space, serving as a place where Lewis can mentor up-and-coming go-go bands and give them an outlet to share their music. He stresses professionalism and encourages them to be meticulous in their work in order to elevate their music.

Behind every go-go band, there is a dedicated team concerned with the logistics and success of the performance.

“A lot of go-go is a self-driven, entrepreneurial music concept from a manager to a promoter,” Garris said. “They’ve been able to sustain by locking down a venue, going out and promoting the shows, and having great concerts. This happens weekend after weekend, weekday after weekday, and it survives.”

Despite Garris’ optimism, there is concern in the community about the future of the genre as go-go gets pushed outside of the city limits. The reason for the displacement is multifaceted, with rapid gentrification and law enforcement crackdowns on go-go venues both contributing to the genre’s decline as more and more venues move into Maryland.

Despite being the nation’s first majority black city, the black population slipped below 50 percent in 2011. As neighborhoods gentrify, the city’s native people are often forced to move.

“When go-go was at its height, some of the issues of violence around the drug trade in D.C., they were also at their height,” Hopkinson said. “So, people connected the two.”

Hopkinson acknowledges the challenges of tracking go-go venues—a go-go band playing at a prom or church may not always officially register their show. But to those who are familiar with the genre, it’s clear that a significant decline in the presence of go-go has occurred as venues are shut down and pushed out of the city.

Hopkinson warned that owners of new music venues may even be pressured to sign “no go-go” pledges, particularly due to tensions between loud go-go venues and neighborhoods who do not want the music there.

“And then you have a lot of pressure on venues, as well, and some of it’s from the police to not host go-go because they see go-go fans and the people who support it as undesirable,” Hopkinson said.

Go-go also faces the difficulty of being located in a city where politics precedes the arts.

“There’s something going on every single night of the week in D.C. and the DMV surrounding areas, but we’re overshadowed entertainment and music-wise because of the demand of the news and politics,” Garris said. “When all those acts are in NYC, it’s easier to get to those buildings and constantly bang on the door to get heard, whereas you’re four hours away and hopefully able to keep your appointment, so it’s just an interesting constant battle.”

Despite the problems go-go has faced, it continues to find ways to survive due to its loyal fan base and strong community.

“The role and importance of go-go and the reason why people celebrate it is because it’s the soundtrack of their lives,” Garris said. “It’s that beat that they can call their own. It’s exciting, and it’s underground, it’s unique, it’s party, it’s a great time, it’s like escape your troubles and whatever you’re going through.”

And beyond go-go and D.C.’s inseparable link, the genre is also representative of a much broader and larger conversation.

“It’s a bigger thing than the music even,” Hopkinson said. “You’re talking about erasure of people or erasure of a culture, so I think about go-go as a good way to get into that bigger conversation about race and public policy and what are the decisions that we’re doing, whether we’re including people or we’re marginalizing them, erasing them or trying to push them away.” 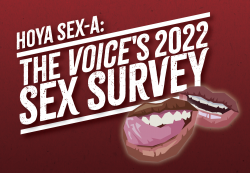 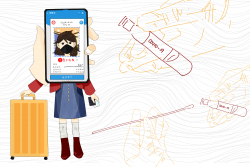 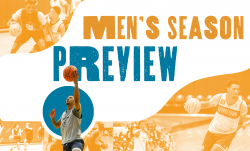