Carrying On: Selective Memories on Thanksgiving

“Our smallest Thanksgiving yet.”

My dad’s gaze fell from the webcam, and my stomach dropped along with it, sunk by guilt. A hemisphere away, my chair would be one of those subtracted from the dining room table. My sister, I was told, would make the pie this year.

He listed the guests while I did the math: eight in total. Not an empty house by any means, but I had a suspicion that absences would be felt even if there were twice as many mouths to feed. Refilling a space once occupied—with a graduation from the kids’ table, a marriage, a new friend adopted as family— felt like hanging a picture to cover a hole in a wall.

Remembrance is “complicado;” that’s what I’ve learned after three months in Chile. People remember things as they need to remember them. It’s a universal survival mechanism, geographically non-discriminatory, but particular testament can be found here.

Hundreds of families are still haunted by the lack of justice for their missing loved ones, the “desaparecidos” of the Augusto Pinochet dictatorship. The memories of that 17-year period are sometimes selective, edited for trauma as the mind sees fit in order to maintain a shred of normalcy.

But the memories of those culpable tend to be selective as well, allowing truth to be twisted to convenience. The U.S., for example, selectively remembers its own involvement. The truth is compromised in the piecemeal declassification of documents and equivocal words of the powerful: a multi-part plan to thwart the election of socialist Salvador Allende, subsequent orchestrations to overthrow him, and the undeniable connection between Richard Nixon, Henry Kissinger, and an abusive military junta.

Other times, survival entails forgetting entirely when it is too painful or troublesome to remember.

Around the table one year, I remember hearing about how my uncle used to turn beer cans into Christmas ornaments. (I was told to un-remember hearing about the time he tied a keg to a ceiling fan). My mom’s family has a talent for making tacky traditions seem endearing and a corroborated reputation for being the life of the party. From what I gather, he was truly her brother.

Shortly after his ornament-count stopped growing, his wife moved away and cut ties, not wanting to be forced to remember over broccoli casserole and slightly burnt stuffing. A close friend of hers told us years later, though, about the beer can ornament her new boyfriend gave her.

Even in a new life and a different state, she crushed it and cried.

While my friends and I share an earnest but bastardized Thanksgiving meal, scrounged from Chilean substitutes for American ingredients, we’ll likely have a discussion about the forgotten history of Thanksgiving. We’ll talk about how this holiday was founded in the aftermath of the Pequot genocide and how its continuance is a nationalist success, celebration of it a requisite to claim American identity. Perhaps we’ll consider how facts about that day have been selectively remembered, invented aspects befitting a cartoon special incorporated into historical narrative, and truth discarded.

Maybe we’ll muse on whether it’s possible to celebrate Thanksgiving in the innocent way we would all like to, despite having chosen to remember what really happened.

I know how the day will go at home: my mom will wake up much too early, while my sister sleeps in, stirring just in time to nosh on perfectly half-cooked food. My dad will be responsible for the turkey and, quote, only the turkey. Someone will watch an irrelevant football game. No one will talk about what Thanksgiving actually means. My grandmother won’t remember names, but my grandfather will sit at the head of the table as always, still with full recollection, good-humoredly presiding over the conversation after beginning with a blessing.

And if I could stop the running of years, I’d be there, too, spending a dedicated ten minutes trying to convince myself that all families are equally as dysfunctional, and then reconsider when Aunt Den tries to repurpose an old (but clean!) pair of underwear as a hat. John would inhale a deeply, deeply concerning amount of meat, while half of Chris’s first plate—and the entirety of his second— would consist of brown sugar sweet potatoes. Names would be remembered. My mom would have three brothers at the table and my dad would have both parents. There might be a beer can ornament. I would make the pie.

My dad mended our fractured eye contact. The longing for Thursday’s food I had expressed a moment earlier felt selfish and banal now.

“Alright, kiddo. I’ll be talking to ya.”

Letting my thankfulness go unuttered, we ended the pseudo-conversation and returned to our respective solitudes—his in North America, mine in South— to dote on the absence of the other. 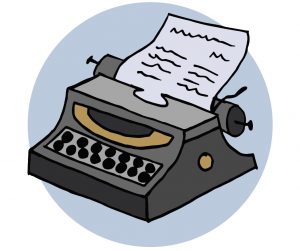 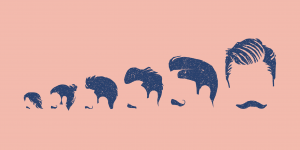