As my parents and I drove home from visiting my grandmother at the senior care facility over Thanksgiving break, I felt demoralized. We spent 30 minutes with her, and she hadn’t said one word.

My grandmother, who I call Grandmom, has Alzheimer’s disease—a type of dementia that causes memory loss and damage to thinking capabilities, like the abilities to process information and converse. My family first saw the signs of her worsening health about eight years ago, and since Alzheimer’s is a progressive disorder, we’ve witnessed her health slowly deteriorate over time.

The effects started small, like less frequent check-in calls or misplaced items around her house. Her health gradually declined, and it became increasingly difficult for my grandfather to take care of her on his own. As a result, about three years ago, my family decided to move her to the assisted living facility.

Both of my parents worked full-time when I was younger, so my grandparents took on a pretty large role in caring for me. If I was ever sick, I looked forward to them visiting me, hands full with jars of chicken noodle soup. After they left, my grandmom would call multiple times throughout the day to make sure I was doing all right. I could reminisce about similar small memories forever.

I have trouble putting into words how much my grandmom has changed since those days. Her health has deteriorated so greatly that she barely talks anymore. If no one holds her hand and leads her to walk somewhere else, she would sit in the same place all day. She needs help eating, showering, and using the restroom. One of her favorite things to do is folding paper napkins into triangular shapes, which she does for hours at a time.

As I have grown older and started thinking more critically about my grandmom and her health situation, I’ve been unable to answer some of the most burdensome questions that still drift through my mind. How do I balance the blessing of still being able to visit her with the sadness caused by her diminished health? I know and understand how truly lucky I am to still have the ability to visit my grandmom and spend time with her, but as her Alzheimer’s continues to affect her ability to speak and interact with others, visits have become much more difficult.

It was notably hard during that visit over Thanksgiving break, after my parents, siblings, and I brushed the dust off of my dad’s camcorder so we could watch old home videos for the first time in years. One of the videos we watched was from an early birthday of mine, when I was around seven or eight years old. While it only showed my grandmom lighting the candles on the cake and briefly caught her in casual discussion with others, it was still striking to see how different she was back then. Seeing my grandmom in such different health and being reminded of her old personality, even in such a small way, was both encouraging and devastating. 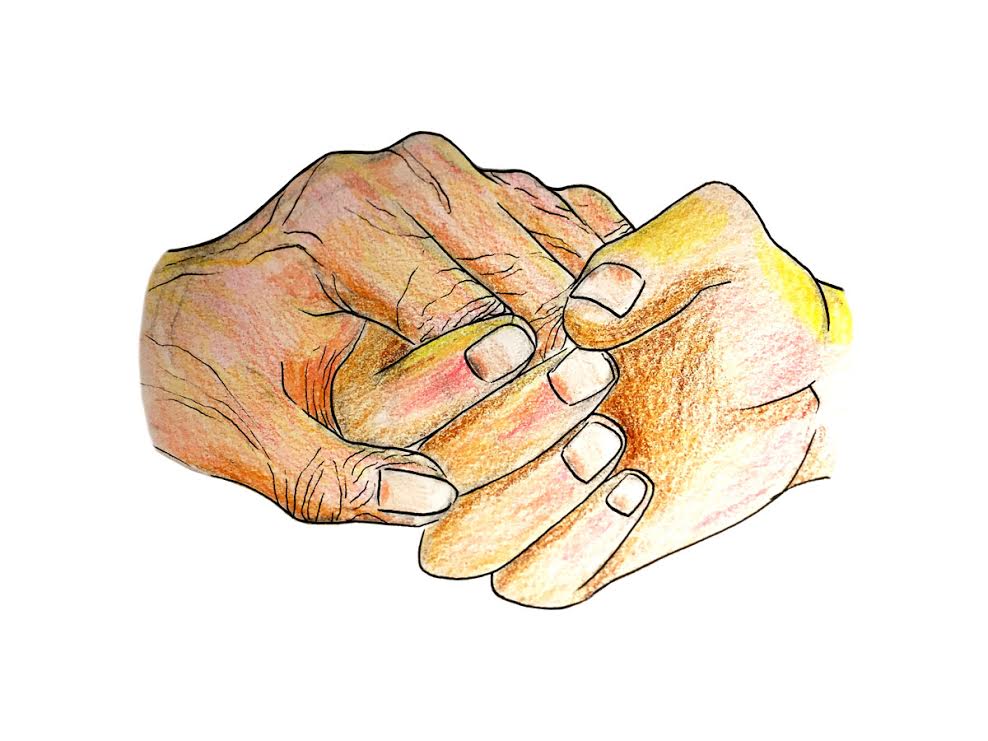 I have realized that it’s necessary to separate the past from the present and memories from current experiences. In any situation, it isn’t fair or realistic to expect things to remain unchanged over 10 years or more. That’s especially true with my grandmom. I always long to return to the past, but that isn’t going to happen. And as I’ve thought more about these questions, I recognize that it’s possible to be grateful for theold memories while not allowing them to inflate expectations in the present day.

Recently, I’ve tried to appreciate the smaller things that still exist in my relationship with my grandmom. Some people who have Alzheimer’s get angry and combative as their recollections of any habits or past experiences worsen, but my grandmom has remained cheerful and upbeat. Whenever I sit next to her, she reflexively grabs my hand and will hold it until I let go. Somehow, even though she barely speaks in conversation, she sings every word of old Frank Sinatra songs almost perfectly on beat and in tune. Sometimes, she starts chuckling for no reason and literally cannot stop. It’s these kinds of interactions that compose the blessings within our current relationship.

One of the most heartening moments with my grandmom happened at our family Christmas celebration two years ago. She and my grandfather were preparing to leave, and my entire extended family was saying goodbye. At this point, her health was bad enough that she very rarely spoke in complete sentences. As they were walking towards the door, she turned around and said, unprompted, “I love everybody in this place!” It was both funny and reassuring, providing a priceless ray of wistful sunlight to an overall dim situation.

I know based on her current health that another moment like this will likely never happen again. But adjusting to difficult times is all about modifying expectations to account for changes in the present. When my grandmom was leaving our house this Christmas, shehanded me a wrinkled napkin, folded into an almost-perfect triangle. Blessings come in all shapes and sizes, right?