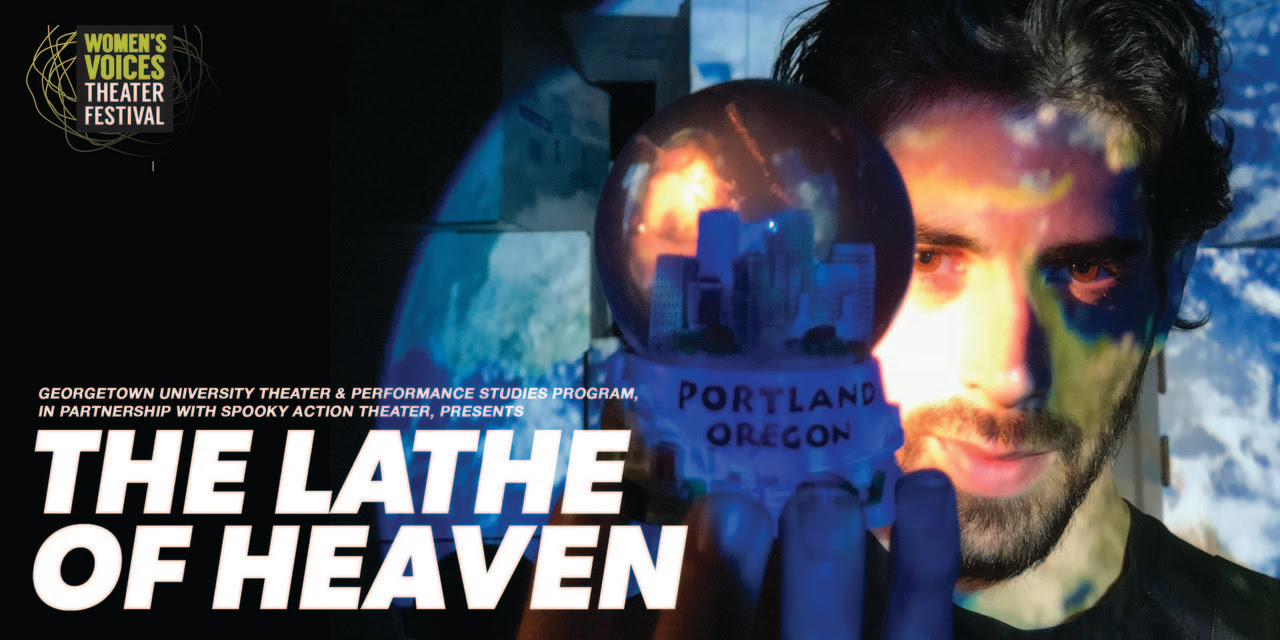 The story, set in an alternative future, centers around George Orr (Matthew Marcus), a young man whose dreams literally become reality. He enlists the help of sleep psychologist Dr. William Haber (Matthew Vaky), who, through the use of hypnosis and a machine called “the augmentor,” begins to control George’s dreams in order to alter reality as he sees fit. George, realising that he is being manipulated, seeks the help of lawyer Heather Lelache (Erica Chamblee). However, the more reality changes with each dream, the harder it becomes to separate truth from fiction.

Power uses a variety of mediums to bring the world of George Orr to life including puppets, a moving comic animation, and paper cut-outs against a live-projector. Bright flashing lights and an upbeat, 1970s and techno soundtrack work in tangent with the fast-paced narrative. Several scenes contain musical numbers, adding to the play’s humorous and campy nature.

“In the news, nightmares are becoming reality,” said Power. In its exploration of the ubiquitous ‘fact versus fake news’ conundrum, the play is still relevant today.