On Sunday Feb. 4, the Philadelphia Eagles will play the New England Patriots at the U.S. Bank Stadium in Minnesota in the 52nd Super Bowl game. Justin Timberlake is scheduled to put on the halftime show—but how can he top Lady Gaga’s 2017 dive off of the NRG Stadium roof? Or Coldplay’s 2016 joint performance with Beyoncé and Bruno Mars? Here’s a look back at the last ten halftimes: which artists performed, which team was in the lead, and whether or not they were able to hold that lead and take home a victory.

1) Tom Petty and the Heartbreakers: “Runnin’ Down a Dream”

Halftime: The Patriots are winning by a close margin, 7-3. Beloved rock icon Tom Petty and the Heartbreakers perform a collection of classic songs on a heart-shaped stage, and Mike Campbell nails the finale with an insane solo on his double neck guitar.

Final Score: The Giants come back strong in the fourth quarter and beat the Patriots 17-14.

Halftime: The Steelers hold a 17-7 lead. The players are tired, but Bruce Springsteen was born to run. Springsteen and the E Street Band puts on a killer show with The Miami Horns and a gospel choir while every dad in America sings along.

Halftime: The Colts are up by four points, 10-6. No crazy dancers or wild effects needed—The Who rock Sun Life Stadium to the ground with musical talent alone (and a good old fashion light show).

Final Score: The Saints come back strong and finish with a 31-17 victory.

Halftime: The Packers hold a 21-10 lead. The Black Eyed Peas remind America how bad they sound live but put on a flashy and lively show in the process. Slash saves the night with a cover of “Sweet Child O’ Mine.”

Final Score: The Steelers can’t catch up, and the Packers win 31-25.

Halftime: The Patriots are up 10-9. Madonna spices up her rather trite halftime show with popular guests LMFAO, M.I.A., Nicki Minaj, and CeeLo Green.

Final Score: The Giants come back and beat the Patriots, 21-17.

Halftime: The Ravens hold a lead of 21-6. Beyoncé puts on one of the best halftime shows of all time, full stop. The only thing that would make it better is if she performed the songs from Lemonade.

Final Score: The Ravens hold onto their victory by just three points, with a final score of 34-31.

Halftime: The Seahawks are up 22-0. Bruno Mars rocks the crowd with his opening drum solo and is later joined by Red Hot Chili Peppers for an incredible and high-energy performance—the most vivacious part of an otherwise forgettable game.

Final Score: The Seahawks almost double their halftime score with a victory of 43-8.

Halftime: The Seahawks and the Patriots are tied 14-14. Katy Perry emerges on the back of a three-story-high lion, Lenny Kravitz performs an electric cover of “I Kissed a Girl,” and Missy Elliot steals the show.

Halftime: The Broncos are up 13-7. Coldplay performs on a kaleidoscope stage, and Beyoncé and Bruno Mars crash the party. We all know who the real star of the show is (Beyoncé).

Final Score: The Broncos maintain their lead and win 24-10.

Halftime: The Falcons hold a strong 21-3 lead. Lady Gaga jumps off the roof of the NRG Stadium, literally flying on stage, and drops her mic at the end of her performance.

Final Score: The Patriots tie up the score in the fourth quarter and score 6 points in overtime, winning with a final score of 34-28. 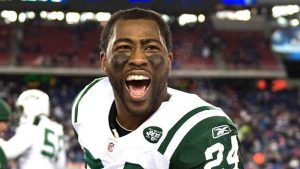 Checking in on the Offseason’s Free Agents 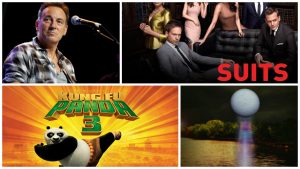