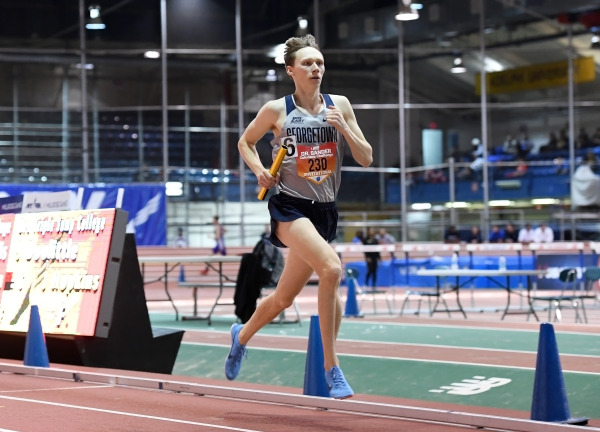 Over the weekend, the Georgetown men’s and women’s track and field teams participated in two meets, the Iowa State Classic andthe BU David Hemery Valentine Invitational. The Hoyas bolstered their preparation for the Big East Championship meet with five personal records and a multitude of other impressive times.

Meanwhile, in Boston, graduate student sprinter Taylor Williams advanced to the finals of the 60-meter dash, eventually finishing seventh with a 7.74 in the finals, and freshman hurdler/jumper Malika Houston placed fifth in the 60-meter hurdles with a 8.90 in the finals. Freshman sprinter/hurdler Shannon Meisberger set personal records in the 200 and 400-meter dashes, with a 24.86 in the former and 55.99 in the latter, and freshman middle distance runner Lexi Del Gizzo finished seventh in the 500-meter dash with a 1:15.60.

The teams have one more tune-up before the Big East Championships, when they race in either the Alex Wilson Invitational in Notre Dame, Indiana or the JDL Fast Track Last Chance Meet in Winston-Salem, North Carolina. Follow @GUVoiceSports on Twitter for more updates and breaking news. 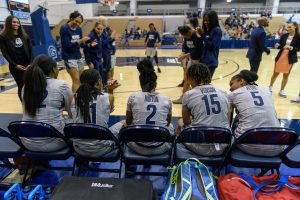 Demons in the night: Hoyas look to avoid DePaul sweep 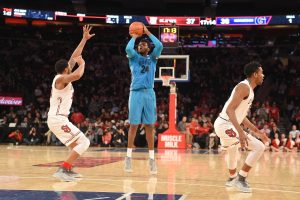 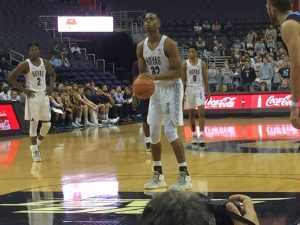