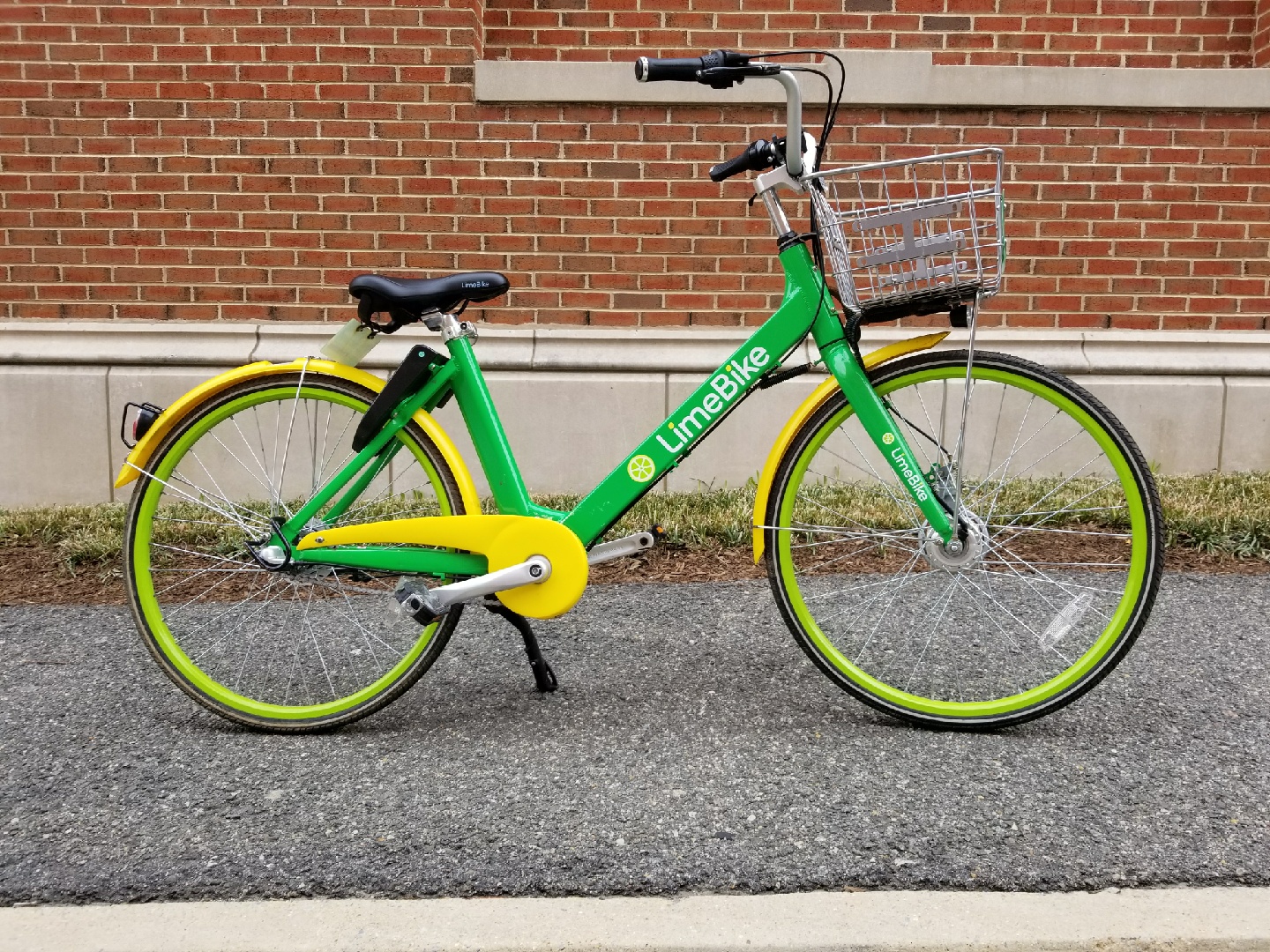 On Mar. 13, Robin Morey, the university vice president of planning and facilities management, announced a new partnership between Georgetown University and LimeBike, a dockless bike sharing company headquartered in California.

In an email to the student body, Morey wrote that LimeBike bicycles will be available for students to rent at a discounted rate at 12 locations across campus. Students could previously access LimeBike bicycles around campus – LimeBike is one of several dockless bike sharing companies operating in the District of Columbia – but the university’s new partnership with the company will make LimeBike’s service more readily accessible on a daily basis.

LimeBike initiated the new partnership with Georgetown and will take a leading role in managing its presence on campus.

“We chose to partner with LimeBike in particular because of their successful track record of partnerships with other universities nationally. LimeBike will manage the day-to-day aspects of the program, including bicycle re-balancing, maintenance, and customer service,” wrote Greg Miller, university sustainability metrics and project manager, in an email to the Voice.

He sees LimeBike’s new presence as a compliment to the transportation options that are already available for Georgetown students to use.

“When LimeBike first approached Georgetown about a partnership, we thought that its dockless bikesharing services would build upon the success of Georgetown’s existing bicycle-friendly programs, such as the Capital Bikeshare stations near campus, by offering additional flexibility for students, employees, and visitors to get around campus and the greater D.C. area by bike,” wrote Miller.

Dockless bike sharing companies like LimeBike have generated a fair share of controversy since first arriving in the District of Columbia in 2017. Georgetown neighborhood residents in particular have complained to media and authorities about improperly-parked bicycles blocking sidewalks and streets, arguing that the bicycles are a nuisance and that using them is tantamount to littering.

Both Georgetown and LimeBike have taken steps to manage these concerns. The official partnership announcement email contained a link to a LimeBike-produced video detailing bicycle parking best practices, and Miller wrote that the university is aware of the possibility of dockless bicycles cluttering up campus.

“Throughout this partnership, the University strives to encourage responsible bicycle parking practices (e.g. not blocking sidewalks or ADA access) through education and outreach to the campus community,” Miller wrote.