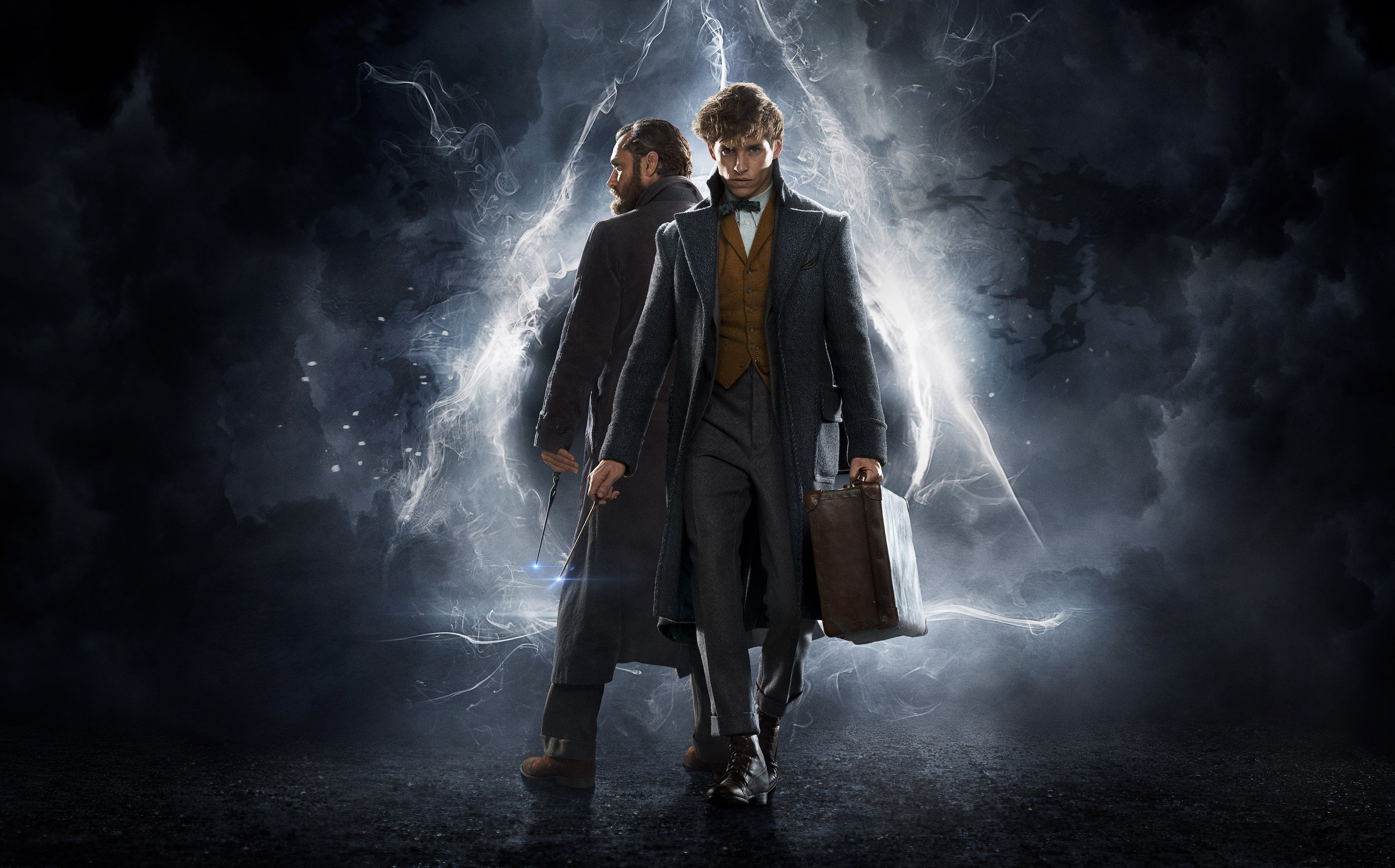 The Crimes of Grindelwald – https://youtu.be/5sEaYB4rLFQ

Juliana:  Ah, it’s good to be back in Hogwarts. The first trailer for The Crimes of Grindelwald had me sold in the first ten seconds, right when it zoomed into a shot of arguably one of the most famous movie settings of all time. However, Hogwarts isn’t the only exciting things about it. There is also Jude Law as Dumbledore, which is possibly one of my favorite castings ever, and I honestly cannot wait to see more of it on the screen. There’s the return of the main cast of Fantastic Beasts and Where to Find Them (2016), and, although not much is revealed about the plot, they seem to be facing some sort of trouble. Personally, I’m very intrigued by newcomer Leta Lestrange (Zoë Kravitz), who is related to beloved Harry Potter villain, Bellatrix (Helena Bonham-Carter). We only get to see a glimpse at Kravitz’s character in this trailer, but, when it comes to the Lestranges, there is definitely the potential for things to get worse for Newt Scamander and his friends. We also only briefly see new additions like Callum Turner (who plays Theseus Scamander, Newt’s brother) and Claudia Kim (whose character is still unnamed), but I’m happy I get to see what larger role they play in the movie. Anyways, there’s so much going for this movie: the hype from familiar names, the intriguing additions to the story, and, especially, the obvious hint of a return of the Deathly Hallows. 2018 is a tough year for any movie to be considered the best, but The Crimes of Grindelwald is certainly doing a fine job at hyping fans up.

Allison: Please don’t hate me, but I’ve never read any J.K. Rowling books or seen any of the movies that came from them. I know that doesn’t do me any favors in the Harry Potter community, but I am still very excited about this movie and its cast. Jude Law (!!) makes his first appearance as young Professor Dumbledore, reminding me very much of his role as Dr. Watson in the Sherlock Holmes films. Johnny Depp’s addition as the villian only strengthens this film’s already amazing cast, and only makes me slightly uncomfortable with his appearance. The trailer makes it clear that Newt will have to make a big decision and it looks like things will come to a head, resulting in some pretty fantastic wizardry and action.  I’ve rarely heard complaints about J.K. Rowling’s creations, and I doubt The Crimes of Grindelwald will disappoint.

Luis: I have seen this trailer over 20 times now and all I can say is that this film looks fantastic! I loved Fantastic Beasts and Where to Find Them, and this teaser for The Crimes of Grindelwald has made me even more excited about the sequel. The memorable quartet from the first film is back, sporting some gorgeous new attires and going on a new adventure in 1920s Paris. I cannot praise enough the level of craft the Potter team brings to these films, but it truly looks like they have outdone themselves this time. Some of the new locations and sequences teased look flat-out magical and visually stunning. I am also glad to see that the Beasts will continue to figure in this film, though not sure to what extent. And of course, there is our first look at Jude Law’s Dumbledore and Johnny Depp’s Grindelwald, both of whom look spot-on. And Hogwarts is back, so there’s that! Plot-wise, the trailer does not reveal much, which is great as we all want to be surprised with the story JK Rowling has concocted this time. There could potentially be some problems with how they move the story forward, but I have faith in this team that time and again has brought first-class entertainment for people of all ages. November cannot come soon enough!

Juliana: I’m going to be honest: the only thing that got me really excited in this trailer was Hayley Atwell, who plays Christopher Robin’s wife, and then she got in a car and drove away. I’ve been trying to figure out why I feel this way. Ewan McGregor does a great job as the title character, and there’s definitely a clear, although a bit overused, storyline. But it’s just that everything feels so…sad. From the beige-and-grey setting to the quiet, nearly monotonous lines, there’s nothing really exciting to look at or listen to. Maybe this is because I just watched The Crimes of Grindelwald trailer and my expectations are a bit too high, but even the Pooh Bear seemed to have been bleached of color. And speaking of the Pooh Bear, there is something about the way it is animated that is simply throwing me off. I think maybe it’s the fact that his mouth barely moves, even when he delivers eloquent sentences. There’s no way to tell whether this will be a great or a terrible movie, but, based on the first trailer, Christopher Robin is not looking like a likely candidate for Disney’s best film of the year.

Allison: I think this film looks like a really cute addition to the Winnie the Pooh canon. In Goodbye Christopher Robin, released last year, we meet the young son of A.A. Milne who inspired the character. In Christopher Robin, we meet his older self. Though not much is revealed in the trailer, it appears that Christopher Robin has become an overworked professional who has lost the ability to spend time with his family. Winnie-the-Pooh, and mostly likely all of his old friends from the Hundred Acre forest, have returned to help him reclaim the magic of his youth. Ewan McGregor and Hayley Atwell make for a great cast, and should be counted on for strong performances. But I think Juliana is right though-the animation of Winnie-the-Pooh is a little wonky. He doesn’t appear as lovable as he did in the old cartoons, but I guess he is a more realistic version of what the bear Milne used to own actually looked like. Christopher Robin looks like will be a moderately well-received, if not slightly unoriginal, film this year.

Luis: I am always unsure about how to feel with teasers like this. Luckily, they do not reveal much, but at the same time they barely even show anything. In other words, they reveal so little that it is hard for one to get excited. It appears like Christopher Robin will be a drama about the life of the man behind the inspiration of — guess who — Christopher Robin, Winnie-the-Pooh’s human friend. Ewan McGregor is a reliable choice to play the main character and, though the trailer does not give us a clear glimpse at his performance, I am glad to see him as the lead in a more mainstream movie in quite some time. I often like period-dramas, even better if they have a fantastical element to them, and this film certainly has the potential to surprise. Nevertheless, the cinematography looks too grim for the subject matter and, for some weird reason, rather than delighted, I was a bit scared when I saw Pooh Bear standing and speaking behind the park bench. Last year there were a couple of films akin to this one, Goodbye Christopher Robin and The Man Who Invented Christmas; both commercial failures and critically underwhelming. From this trailer, I feel like this one will simply follow the trend.

Juliana:  This is probably one of the best things to ever come out of Fifty Shades of Grey. The story isn’t incredibly original, but it has the potential to have some pretty good laughs if the script is done right. The four main characters each have their own different personalities, and, backed up with an all-star cast of Academy Awards nominees and winners, they may end up being compelling and having more depth than expected. This honestly could go either way: we’ll either get a failed comedic attempt similar to many others of its kind or a good, light-hearted film with some unique twists. That’s worth watching. I don’t know what will happen, but I’ll say this: I wasn’t expecting to like it this much when I clicked to watch the trailer, so that has to be a good sign.

Allison: It’s always a little sad when such talented actors and actresses are relegated to aging rom-com projects. Candice Bergen is Oscar nominated, and Diane Keaton, Jane Fonda, and Mary Steenburgen are all Oscar winning actresses. They obviously have talent, and the acting credits to prove it, but it doesn’t look like Book Club will be a very memorable addition to their careers. That’s not to say this film doesn’t have the potential break the mold and find success in its humor, but it can’t rely on cheap laughs or ridiculous plot lines. Hopefully Book Club takes on greater meaning as a narrative of older women reclaiming their sexuality, and resists devolving into a empty comedy with the occasional zip-tied husband. Either way, it will probably be fun for a watch. Maybe even meaningful.

Luis: So much talent, yet such a silly premise. Book Club is a movie that can go two ways: it is either the goofy, superficial, not-at-all-funny comedy the trailer makes it out to be or it is actually a funny and humane story about an eccentric group of old friends that I know this cast can bring about. I mean, you do not get Jane Fonda, Diane Keaton, Candice Bergen and Mary Steenburgen to star in your movie if you do not give them something at least resembling substance and quality. Similar movies like this have come out in recent years, including Last Vegas (2013), Just Getting Started (2017) and Going in Style (2017), the three starring a male cast of legends. Clearly, they are trying to give this formula a female spin, but while those movies were action/crime comedies, here we have a group of lifelong friends reading Fifty Shades of Grey. The comedic possibilities are vast and I am sure they can dig deeper and be more insightful than the foolishness the synopsis suggests, but it is kind of disappointing that they did not have these legendary ladies read something more compelling. All in all, if word of mouth and reviews indicate the movie is funny and good, I will give it a try; otherwise, I’ll just stay home. 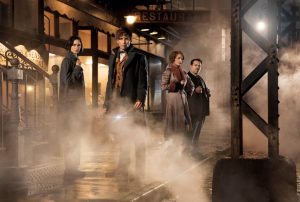