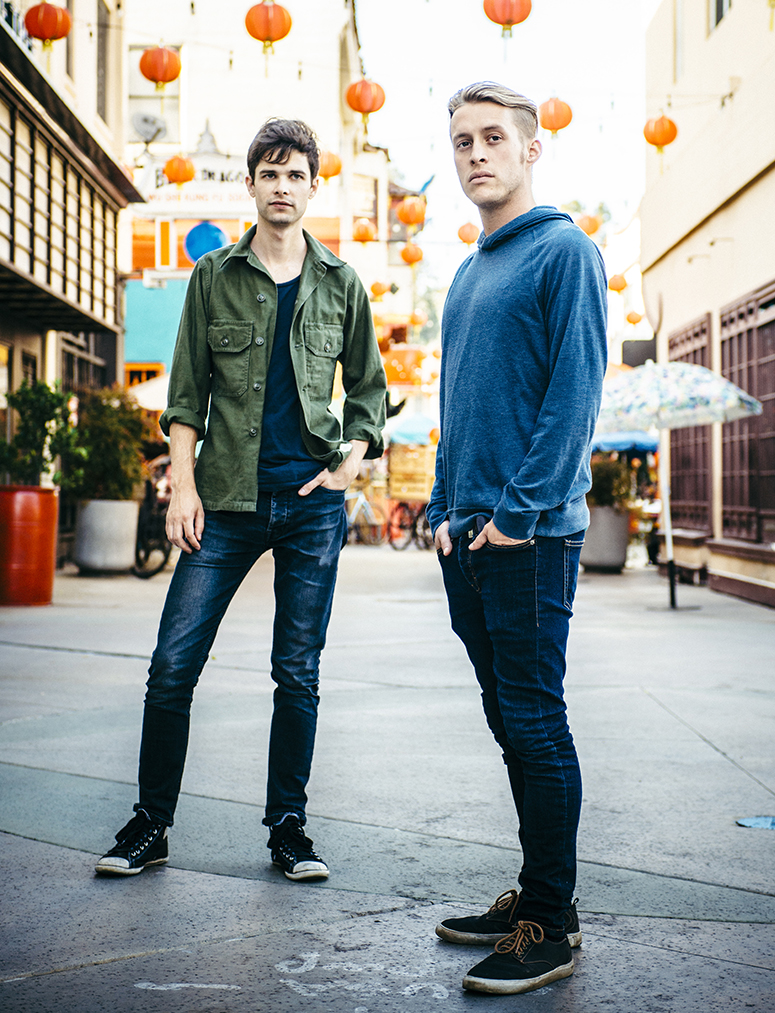 Singer Coleman Trapp of Coast Modern proclaimed such after performing the first track of the band’s 9:30 Club setlist: “Tiny Umbrella,” a beachy tongue-in-cheek tune about staying positive through loneliness. Considering that less than 20 minutes earlier, electro-pop opener Shaed had performed an acoustic cover of R. Kelly’s “Ignition,” the suggestion that things were “going to” get weird seemed inaccurate in the best of ways.

Trapp forecast weirdness four more times over the course of the performance, an enthusiastic obsession. Each promise was met with applause.

This pledge of weirdness isn’t new for Coast Modern. In a 2017 interview with Billboard at the release of Coast Modern’s self-titled debut album, Trapp explained how he and bandmate Luke Atlas wrote the early hit “Hollow Life” to demonstrate to their new record label just how weird they wanted the band to be. Their origin was equally unusual: Atlas and Trapp met while commissioned to write science raps for NASA, and had never intended to become a band. Yet, the duo’s success has enabled them to leave Newton’s laws behind.

“Hollow Life” reappears on Coast Modern amid tracks that include even stranger sounds, like a child barking like a dog. The track was a harbinger of a soon-to-be signature style: a surf-rock-inspired hip-hop, complete with marimba-sounding synthesizer, topped with a grungy vocal tone.

The concert included a mix of older and unreleased tracks, intermixed with interludes of ad-lib rap and a brief tribute to the district fanbase. Relative to Atlas’s recordings, Trapp’s live performance pulled the duo’s style a step further into the hip-hop genre, as he put on a raucous display backed by the instrumental power of bass guitarist Dylan Thomas and formidable drummer Steph Barker.

Coast Modern kept to their unapologetic experimentalism—with their sound, with the art of performance, with the art of their weirdness. Trapp asked the audience to continue to sing until everyone was singing the same note—“Y’all B flat,” he announced—and improvised a song from the sound of the D.C. audience. Trapp played off the familiarity of the developing fan base, integrating famous lines into transitional banter to pull audience reactions.

They performed a cover of MGMT’s “Electric Feel,” slowing the vocals and playing a choppier instrumental with a sharper beat. The cover points to Coast Modern’s emerging place in the musical realm: a quirky distortion of electro-pop, a synthed-hip-hop meets stoner rock.

Trapp’s confidence had a bold presence on stage that integrated with smoke machines and mobile light displays to emphasize the laid-back chaos, accented with lava lamps and a lite-brite bearing the band name. Even so, notes of novice leaked through: just three weeks into an approximately 10-week tour, Trapp was losing his voice and sang with noticeable strain.

“You’ll have to start learning these songs,” he joked to Atlas.

Perhaps as a play off of his own strained voice, or as a response to the audience’s energy, Coast Modern closed the encore with a hard-rock, metal-esque cover of “Hollow Life,” a track familiar enough for the audience to engage with the entirely new sound.

Undoubtedly, Coast Modern is giving us something better than this hollow life, and yeah, they can run it up.