Carrying On: Nice for What? Stop Telling Me How to Talk 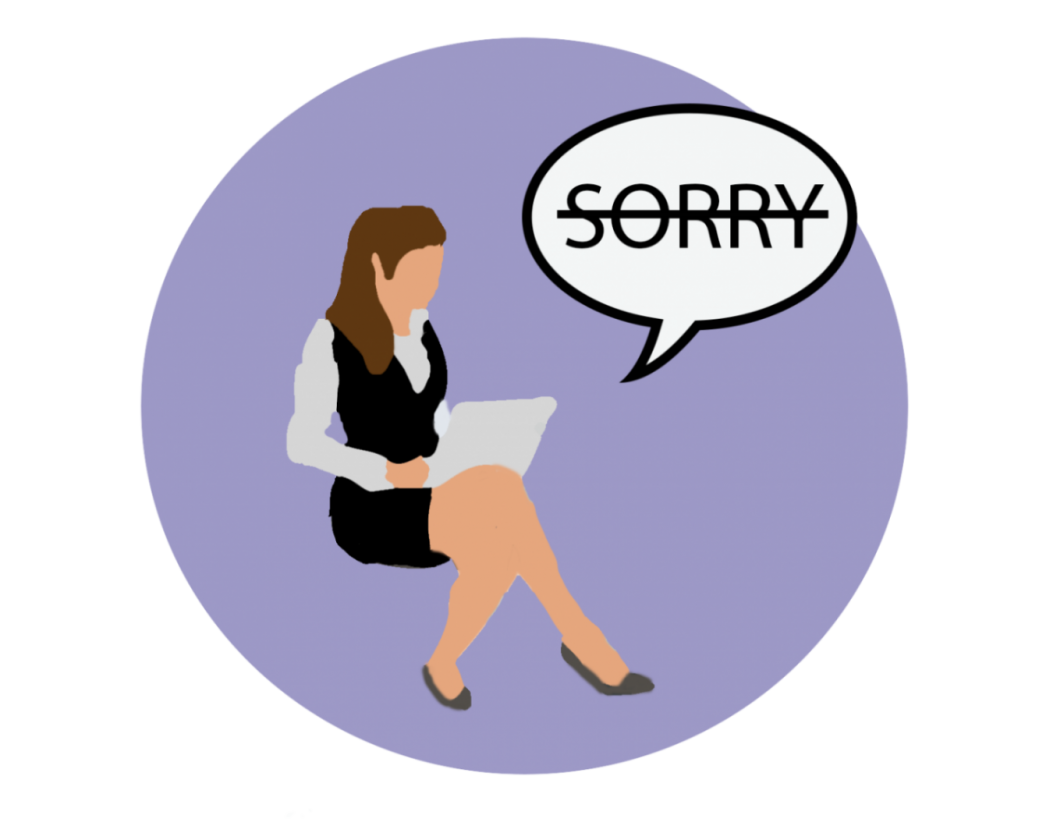 In this world that was designed by men, achieving success as a woman in a male-dominated field depends on one’s ability to play a part. We’ve all heard the advice. Lean in, work overtime, stop apologizing. Ask for a promotion when you don’t think you’re qualified. Don’t cry. Don’t get excited. Don’t be yourself.

When we tell these things to young women, what are we saying? We are privileging masculine traits and masculine behavior, casting them as superior.

In 2015, consultant Tami Reiss launched “Just Not Sorry,” a website where women could take a pledge to stop saying what Reiss considered to be undermining words, like “just” and “sorry.” For International Women’s Day this year, Freeform network bleeped out women saying the word sorry on their shows like “Grown-ish” and “The Fosters.” When your feminism involves shaming women for how they express themselves, you’re doing it wrong.
When I apologize, it’s because I’m sorry. It’s because I empathize and because I realize my own mistakes. When I use exclamation points in my emails, it’s because I’m excited. I’m happy, and I want you to be too. There’s nothing wrong with that. These behaviors don’t show deference, they show compassion. “For many women, and a fair number of men, saying ‘I’m sorry’ isn’t literally an apology; it’s a ritual way of restoring balance to a conversation,” writes Georgetown University linguist Deborah Tannen in her book Talking from 9 to 5. That is, “sorry” is meant to make the conversation’s other participant feel at ease. Being nice in a professional setting is not a negative thing. We only think that because women do it.

Of course, I want women to achieve success in science, politics, medicine, and business, any way they can. I want them to make the contributions only they could make to these fields. But I also want these fields to grow, change, and come to accept the women who join them for what they are, for the people who, through nature or nurture, they grew up to be.

When I leave Georgetown and pursue a career, I’ll probably try to stop my more feminine habits. Is that the strong and self-assured woman within me bursting out? Or is it internalized misogyny rearing its head? I suppose I’ll know when the time comes.

But, as much as I believe that I will stop these habits, I also believe that I shouldn’t have to. Ideally, the burden should not fall upon women to change themselves to achieve success. The burden should fall on the men in power to understand women’s habits, socialization, and capabilities. Men in power should change the way they promote, hire, and evaluate. Will they? Probably not. But I’d like to see them try.

Additionally, it is also our job as feminists to expand our ideas of success, power, and achievement. Men designed these images, and it is in their shadows that we strive. When I came to Georgetown, I hoped to get a job in the performing arts department, maybe in the scene shop, where I might learn carpentry and basic construction. Instead, there was only an opening in the costume shop, where I would sew. In some ways I looked down upon my potential position. It seemed quaint and domestic. Unliberated and uncool. I was wrong. I love my job now. But I was skeptical at first about what it signaled about me, about my worth in this world of men.

I applaud the women in government, construction, and science research. I also respect female seamstresses, nurses, and teachers. I wish more men would see these as career paths that are worthy and would see the traditionally female traits of humility, cooperation, and expressiveness as worthy ones to learn. Liberation and equality are not only going to be found when women can be like men, but also when we truly respect traditionally feminine arts, occupations, and expressions. Women should have a choice as to how they want to act and work. They should receive equal respect no matter what they chose. Any less is misogyny at its most insidious.

That’s my opinion. And, well, I’m not really that sorry.