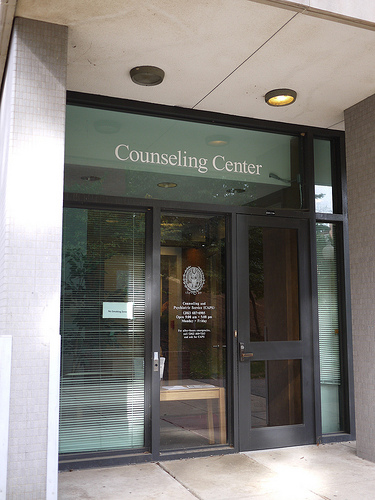 The university announced it will be hiring a full-time staff psychologist for the Georgetown Scholarship Program (GSP), expanding its part-time counselor position. The position was originally created two years ago after a donation by an anonymous Georgetown alumnus who has been a mentor for GSP students.

Melissa Foy (COL ‘03), executive director of GSP, decided to create the position after Dr. Daniel Phillip, the Counseling and Psychiatric Service (CAPS) staffer who works at the GSP department two days a week, announced he would be leaving at the end of the semester. The new position will expand upon Phillip’s part-time role.

Phillip’s services at GSP are free and off the record. Foy said she wants students to see him as a part of GSP, in addition to a clinician. “We wanted somebody who students would see hanging out with us, and laughing with us, and there in good moments and not just in moments of difficulty,” she said.

Foy is creating the new position within GSP because it aides the  program’s students, allows for professional development of its staff, and helps CAPS have earlier access to students susceptible to neeings counseling. “When we started it we didn’t really know what it was going to be but we thought we’ll try it and see how it goes, and we’ve seen that this is a game changer,” said Foy. “I didn’t realize how helpful professionally it would be for me to have somebody who has his doctorate to bounce ideas off of.”

The GSP counselor is one of four embedded CAPS positions in other campus departments. The other three include Dr. John Wright in the Center for Multicultural Equity and Access, Dr. Brad Foltz in the athletics department, and Dr. Matthew Worhach at the Center for Social Justice. Once the GSP position is filled by a new counselor, they will join Foltz as a full-time satellite counselor while the other positions split their time between their embedded position and regular work at CAPS. Each reports directly to CAPS and indirectly to their location’s department.

Staff like Foy say these embedded positions are important because CAPS can seem daunting to many students, either because of its removed location behind Darnall Hall or the difficulty of asking for help with mental health issues.

To Phillip, having counselors for specific programs helps to ease this stigma. “There is something inherently powerful about being in a place that students naturally come to. Many students traffic through [the GSP office in Healy Hall], stop for a cup of coffee or tea, and they see me embedded within the GSP community so it’s not a stretch to start up a conversation,” Phillip said.

Dr. Phil Meilman, the director of CAPS, said these initiatives allow CAPS to reach communities that have a greater need for mental health resources, and he hopes that CAPS will be able to expand even further in other departments. “For us it’s a good thing that we can have many people in different departments because they’re a resource that is in place there in addition to our main office in Darnall,”  Meilman said.

According to Phillip, GSP students can need additional psychiatric resources. “I think what’s particular to GSP students is navigating what I consider a bicultural identity. Who they are on campus may not necessarily be the same as in their communities of origin,” he said.

Many students in GSP use Phillip as a resource because they are more comfortable doing so than seeking out CAPS directly, and because he is more accessible to them.

“I really see the GSP as a no-judgement zone. Coming from the communities that we do come from, a lot of us are sometimes hesitant to reach out because of the judgement we’re going to receive. Every time I’ve come to the office for something personal, I’ve never felt the need to explain myself for the reasons that I’m having certain feelings or the reasons I’m having certain thoughts,” said Jasmin Nava (COL ‘18), the social media intern at GSP.

Fax Victor (COL ‘18) feels that the accessibility of GSP is the reason that an embedded counselor is welcome and needed in the program. “In my community, having to speak to a counselor means that something is wrong with you, something is off about you,” he said. “Streamlining the process of having a CAPS member on duty makes it as easy as getting coffee if you have something on your mind that you want to talk about and express yourself.”

There are many constraints on how the university can expand programs like this. The funding for the GSP position comes from the anonymous donor and CAPS, and the GSP office space is currently shared with the Office of Student Financial Services.

Following graduation in May, GSP will have had 1000 students pass through the program, and Foy is very satisfied with the addition of a counselor to what GSP offers. “It’s elevating our services,” said Foy. “What’s difficult is knowing that there are students on campus who fit the GSP profile but we only have 150 scholarships we can give out to each incoming class, and once we hit that number, you’re not included in the community. We want to tell students that we welcome anyone to come in and get involved.” 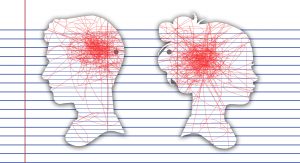