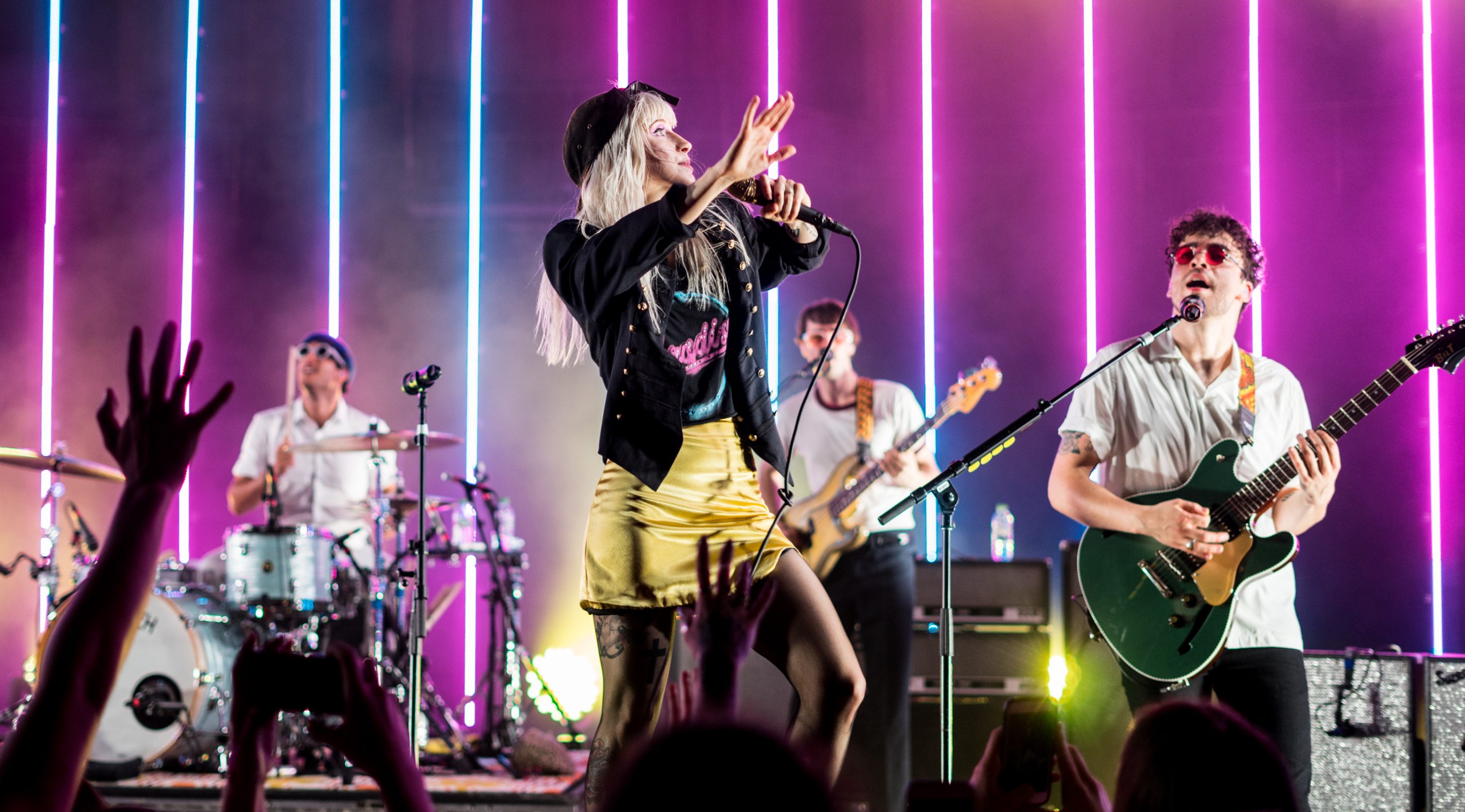 In the fourteen years since they came together in Franklin, Tennessee, Paramore has released five albums, gone through three bass players, and seen lead singer Hayley Williams go through countless hair colors. This summer, they embark on their fourth tour, accompanied by Foster the People.

At the band’s formation in 2004, Williams was 14, and drummer Zac Farro was just 12 years old. Williams had been signed by Atlantic Records as a solo act in 2003, but when she was told that she should perform pop songs, she refused, insisting on writing rock songs for Paramore. The band eventually began releasing songs through Atlantic’s smaller label Fueled by Ramen because the studio thought it would help bolster their alternative image.

The band’s attempts to stay out of the mainstream, however, didn’t stop their second album, Riot!, from being a top 40 hit. Released in 2007, Riot! hit the Billboard chart at #20, and its lead single, “Misery Business,” launched the group into stardom. “That’s What You Get,” the fourth single on the album, also made its way to pop stations.

The band’s fifth studio effort, After Laughter, doesn’t sound like Paramore’s early-2000s glory days, but it’s their most mature work yet. With bitter but catchy tunes like “Fake Happy,” “Rose-Colored Boy,” and “Pool” mixed in with ballads like “26” and “Tell Me How,” After Laughter goes from dancing, singing-in-the-shower fun to rainy-day lullabies. The album will be the center of Paramore’s summer tour, while Foster the People will promote their 2017 record Sacred Hearts Club.

The After Laughter Tour will stop at the Merriweather Post Pavilion in Columbia, Maryland on June 23rd. Tickets can be found here.

Best of the Decade: Albums