Carrying On: The ‘Flawless’ Femininity of My Editorial Idols 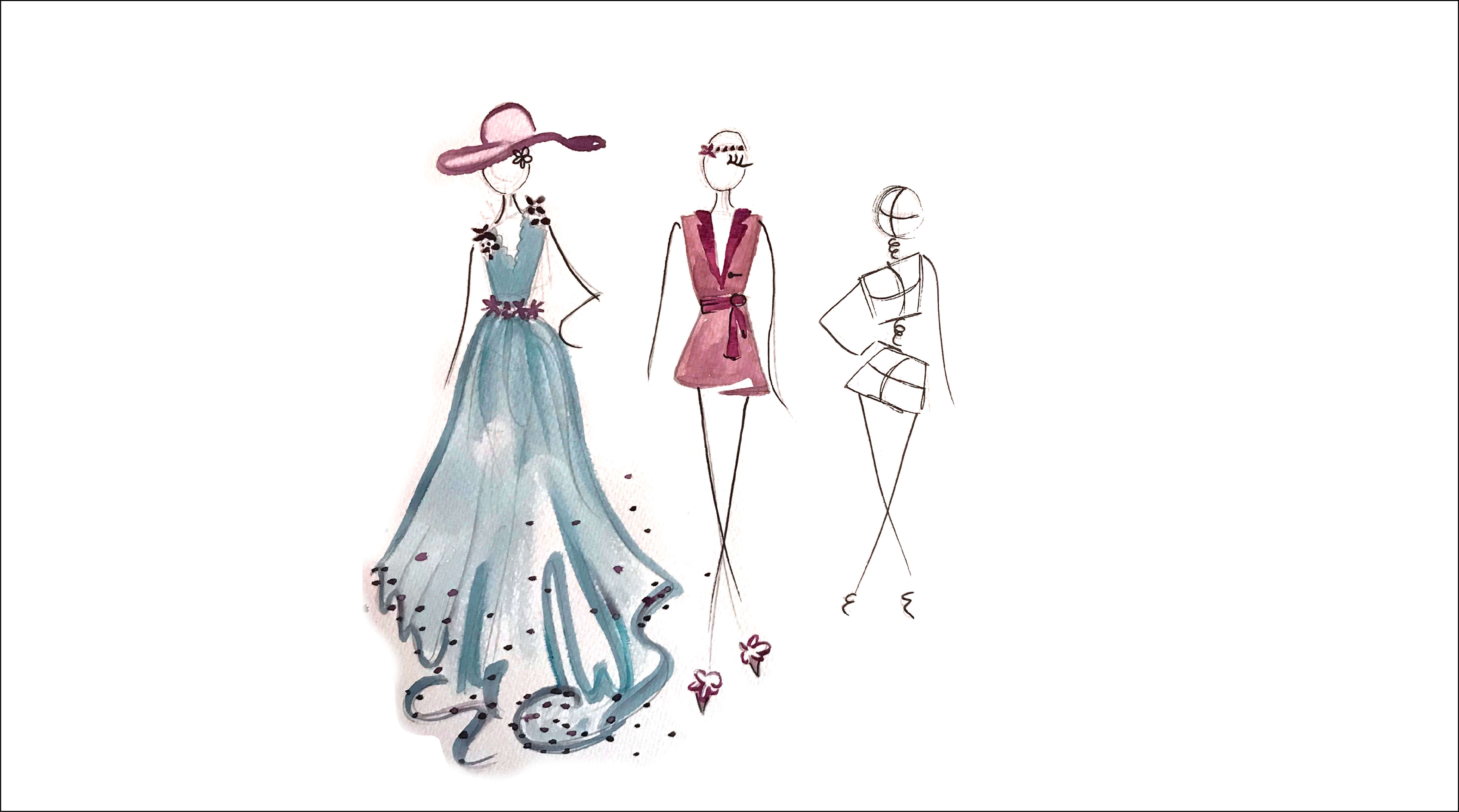 I spent the summer living with eight women—in a brothel.

Ours was a lake house, 101 years old. She hosted a variety of nightly visitors: spiders, mice, and, when we were lucky, an endangered bat. My colleagues were not sex workers, though we were all neophytes in the same career. We were journalists, reporters, page designers, photographers, and copy editors.

In some antiquated American lore, nine women under one roof is considered a “brothel,” a label we embraced proudly. When we talked about our synchronized menstruation cycles, like a harmonic symphony of rouge, we did so ironically. When we went skinny-dipping, streaking down the dock at midnight, we were doing what the law expected us, prostitutes of the written word, to do. On Saturday nights, we played a drinking game involving one bold Sharpie and the word “tits,” the last of George Carlin’s “Seven Dirty Words.”

I experienced the dangers brothels pose to society. When nine 20-something women— all aspiring journalists coming of age in the #MeToo epoch—live, drink, and eat together, the world seems to broaden and widen with each witty, rebellious remark. One develops a fervent, worshipful relationship to the late Nora Ephron, journalist and screenwriter of When Harry Met Sally. And, like If You Give a Mouse a Cookie, if you give role-model hungry writers Ephron, they will eventually ask for Tina Brown, the mogul who gave Vanity Fair its flagship edge when crowned editor in 1984.

I first encountered Brown through her edited journal, The Vanity Fair Diaries, published last fall. Brown is exactly the woman I aspire to be: smart, strategic, and suave. I recognized expressions of her femininity, often through fashion, in my own life. But on paper, the ideals I had found so attractive clearly fueled a matrix of misogyny.

In the face of sexism and hubris from the men of Vanity Fair’s Mount Olympus, Brown proves unrelenting. Like Icarus, she risks the sun. But somehow, astonishingly, she wins the diamond-dusted key to the glossy pages of Vanity Fair.

Both Brown and Ephron had excellent male mentors, something I had discounted until recently. I have always understood the need for female mentorship, but I failed to account for the fact that behind some great women, including Ephron and Brown, is a great man.

Male mentorship, for better or for worse, was a particular topic of interest among my co-workers over the summer (like a brothel, our house was particularly chatty at night). Even if we don’t all pursue journalistic careers, there was an implicit understanding we will need to navigate sexual misconduct in the workplace.

My friends, even the ones whose universities have journalism schools, do not have female mentors that reflect the diversity of their student body. Even their guest speakers are mostly white men.They are attempting to report on their school’s lackluster sexual assault policies with the guidance of men who are themselves just learning about the complexities of systematic, sexual misconduct.

Ephron, of course, trudged through the murky waters of newsroom sexism with an uncanny grace. “I loved the [New York] Post,” she said in the 2015 documentary, Everything Is Copy. “Of course, it was a zoo. The editor was a sexual predator. The managing editor was a lunatic. Sometimes it seemed that half the staff was drunk.”

My love and respect for Ephron was muddied after watching the documentary this summer, which recklessly bathes in Ephron’s glamorous elusivity while portraying her as a professional and domestic goddess: a fabulous cook, friend, mother, stylist, house-hunter, organizer, cheerleader, mailgirl, socialite, filmmaker, screenwriter, director, essayist, memoirist, and, of course, journalist.

Ephron and Brown make me want to be great. Perfect, even. To never let anything dim our lights.

Our brothel, inexplicably, had two fridges. One was standard white with textured baubles and an ice-maker that, too, seemed prone to hormonal oscillations. The other was like an afterthought. Slightly smaller and willfully wonky, we joked that this little sister was only adopted by the house because of another outdated imaginary law: “If one house shall beholdeth two refrigerators and nine womenfolk, it shall hereby no longer be a ‘brothel,’ but a household of the utmost decency.” (Aside from the rodents.)

Even when Ephron fell apart in the public eye after a messy divorce, she wrote a seething novel to reclaim her experiences; she called up her friend, the late gossip columnist Liz Smith, to help her manipulate the news.

This unbelievable display of sheer invincibility and unassailable perfection makes me feel like that second refrigerator: Ugly. Useless. Unwomanly.

In my experience, advice from writers is often in accordance with my gender. In high school, one Washington Post journalist told us students that she fluctuates between “ditzy” and serious, because depending on the source, they will either take her seriously and treat her thus or think she is foppish and spill the tea.

Another journalist came to Georgetown and said there is no such thing as a woman who is a journalist. There is only the woman journalist.

She continued: It is a truth universally acknowledged that a single woman in possession of a journalistic career and in want of a partner must work very hard to achieve said partner, even if that means putting on heels and strutting around the sports section of the newsroom. She spoke with authority; she was newly engaged.

This romanticization of newsroom sexism frustrates me. The pressure of feminine perfection, often marrying professional and domestic expectations, sickens me.

I revel in all of Brown and Ephron’s successes. They flicked away shards of glass from the infamous ceiling with every witty cutline. But I worry about the lack of realistic and accessible female role models. Most of the editorial role models I can list off the top of my head are wealthy and white, for starters, and followed a similar, distinct brand of femininity on which they capitalized to achieve their many, crucial successes.

Let’s broaden what it looks like to be great. Let’s do more work to analyze how the shadows of time may be idealizing these women’s roles as rule-breakers, and casting them in thematic busts of perfection. Let’s make sure our peers feel they can be women and journalists, separately, whatever that looks like.

And maybe, the role models you need and deserve are sitting next to you on the couch, grabbing boxed wine from the fridge, dissecting the documentary on T.V., finishing up front-page stories, and cracking jokes about living in a brothel.