From the Page to the Screen, The Sisters Brothers Challenges the Stereotypical West 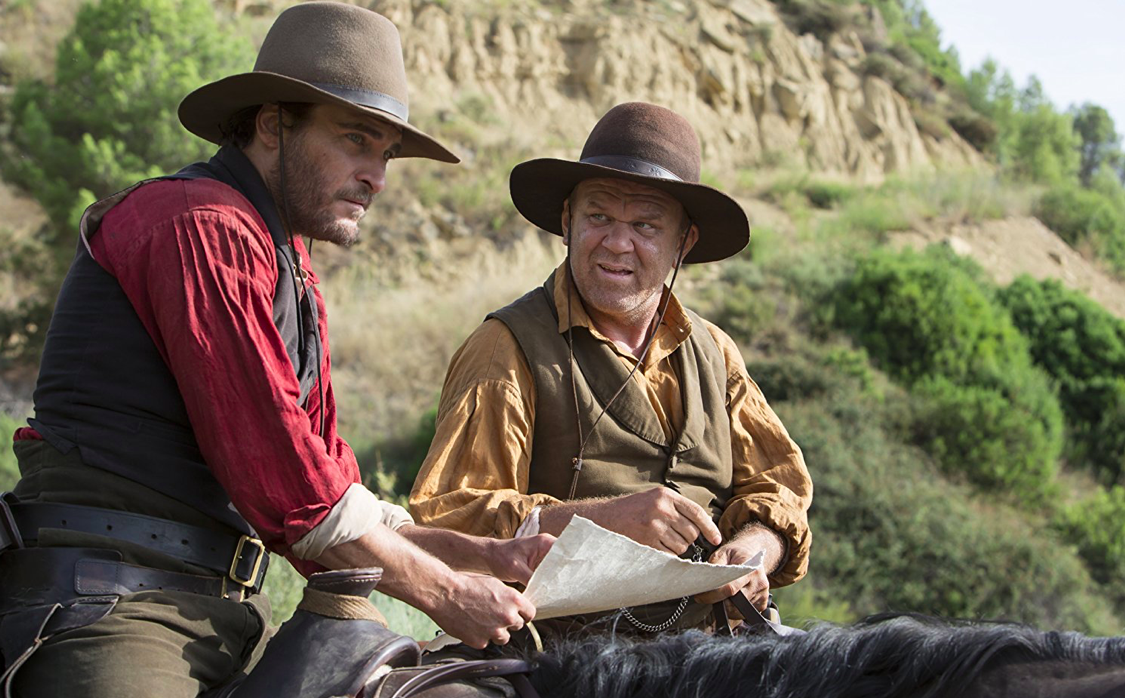 For Patrick deWitt, author of the novel The Sisters Brothers, the American West is more than a place of cowboys and gunfights. His story is that of Eli and Charlie Sisters, a fictional, infamous duo of brother bounty hunters who live during the Gold Rush, bonding and fight on a journey across the American West. Their adventure reflects the larger story of their lives together and parallels their experiences with those of lives in the American west circa-1850. Director Jacques Audiard’s adaptation of deWitt’s book to the screen masterfully maintains the story’s unique flavors, while also cutting it down to size.

The story follows the Eli (John C. Riley) and Charlie Sisters (Joaquin Phoenix), brothers on their latest bounty hunt. They’re searching for Hermann Kermit Warm (Riz Ahmed), who has stolen an unnamed item from their boss, “The Commodore.” Warm is already being pursued by detective John Morris (Jake Gyllenhaal), whose job is to apprehend Warm until the brothers can catch up and take over. The Sisters travel through small towns and over mountains to find the men, facing the harsh realities of the frontier lifestyle, encountering wild animals, sleeping in the woods, and riding for days on end.

The Sisters Brothers at its core is the story of two different people who care deeply for one another. Even faced with his undeniable talent for cowboy-ing, it is clear to the viewer that Eli is out of place. John C. Riley masterfully captures Eli’s desire to get out of the West. His deep discomfort with his situation is communicated through the occasional moments of repose when he manages a moment  to press his face into the soft folds of a cherished shawl given to him by a kind school teacher, a symbol of the settled life that he craves. Charlie, on the other hand, addicted to the rush of killing, sex, and drinking, will never leave the western life behind. Despite their different desires, though, neither one can let the other go.

Tight frames showing physical contact between the brothers in two scenes during which they cut each other’s hair help to subtly enforce the Sisters’ affections for each other. These small moments convey the never-spoken, brotherly love between them and remind the viewer how much they rely on one another. Even in his unhappiness, Eli struggles with the thought of leaving Charlie behind, and Charlie, faced with losing Eli, lashes out and drinks to cope. Theirs is a sad story, and these tender moments are all the more affecting following the transformative turning point late in the film. Each endures a massive change in his own way, and emerges resembling his brother more than he would have ever wanted.

Audiard’s ability to shorten deWitt’s story while preserving and even enhancing its many moods is notable. Forced by the two hour film format to cut certain moments from the book, he still manages to develop the story beyond the original. Reimagined, gruesome moments from the original story offer a real, micro view of the troped, macro West. During a nightmare only quietly acknowledged in the book, the viewer is put in Eli’s mind’s eye in the film, which shows a figure later explained to be the character’s father chopping up bodies over a pile of bloody limbs. Audiard also exposits a near-fatal illness that Eli inexplicably catches in the novel. A large, creeping spider crawls over Eli’s blanket and into his mouth the night before he wakes up half-paralyzed and throwing up blood.  Through them, Audiard manages to bring the Wild West down to the wilderness level, staying mostly away from insurmountable plane shots of red peaks and deep, green valleys.

Certain characters are afforded more time than they were in the novel, putting faces to the waves of men who followed gold westward in the 1850s. Whereas the novel focuses completely on Eli and Charlie, Audiard develops other original characters in order to tell a more complex story. Namely, John Morris and Hermann Kermit Warm are given a lot of on-screen development. Charged by Gyllenhaal’s years of experience, Morris goes from a man led by his creature comforts to one inspired and relieved by the bright-eyed possibility of Warm’s dream to create a town of people without greed. Warm is completely motivated by this dream, and Riz Ahmed communicates his character’s assuredness while also managing to keep him both entirely genuine and saving him from pitiable naivate.

The Sisters Brothers brings viewers into the real version of a long-mythologized world. Often what comes to mind when one thinks of the Gold Rush of the 1850s are prospectors out for a buck, flanked by lawless cowboys like Charlie Sisters. DeWitt and Audiard challenge these presumptions with their characters. Eli is an emotional man ready to leave the killing and rootless ways of the west behind in favor of opening a store and settling down. Morris and Warm also diversify the stereotype, each bringing to the film representations of masculine vulnerability. Morris, specifically, echoes the true motivation that led many prospectors west. As he writes in his diary while working with Warm, he found his refuge in the land, away from the developed cities of the eastern coast. Their characters reminds the viewer that humans, not a mob of faceless, greedy prospectors, went west for a better life.

The Sisters Brothers is a gorgeous film, one which challenges stereotypes and champions those who champion love above all. Bolstered by an impressive cast and fantastic direction, every moment of this film illuminates a terrifically misunderstood part of American history. Jacques Audiard has beautifully managed to maintain the integrity of an important, emotional story in its transition to the screen. It’s an unexpected message for such a harsh place, but that’s part of what makes it soar off of pages and screens alike.