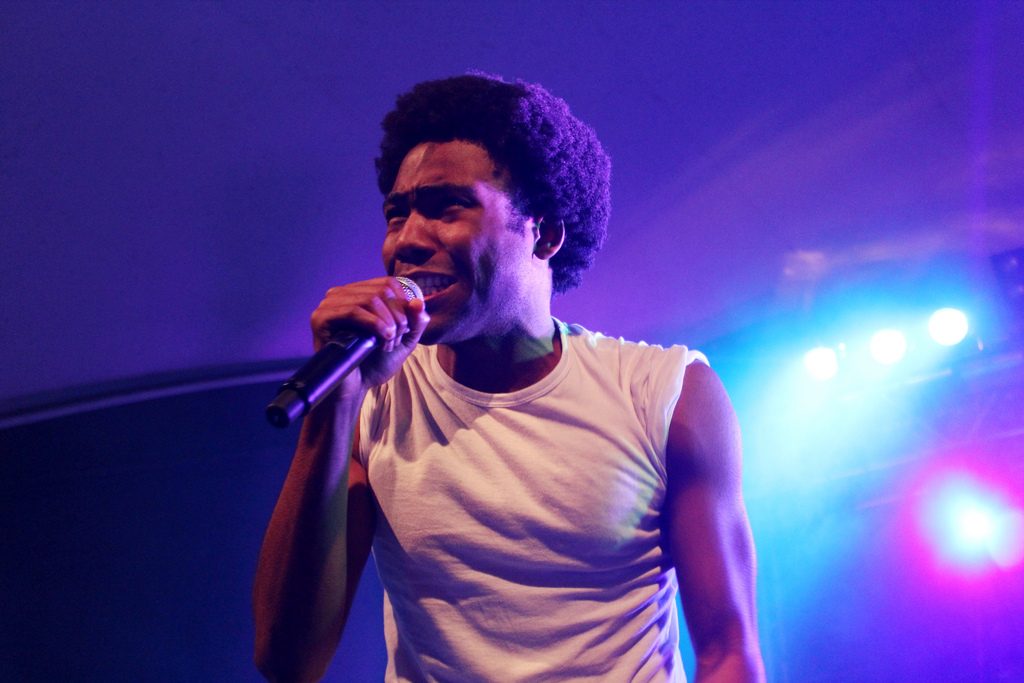 Donald Glover, otherwise known by his stage name Childish Gambino, has made his mark on the hip-hop scene as one of the industry’s bravest artists. The Internet has been taken over by his politically-charged music videos, including “This is America” and “Feels Like Summer,” alongside the artist’s clever lyricism about race, love, and society. This modern-day Renaissance man has quite possibly become the voice of America. Therefore, it is not a surprise that his performance at Capital One Arena on Sept. 19 was nothing short of revolutionary.

After a fantastic opening act by hip-hop duo Rae Sremmurd, Gambino stepped on stage and opened up with a simple instruction: “Put the phones down.”

“This isn’t a concert. It’s an experience. This is fucking Church.” Gambino announced.

He wasn’t wrong. From the moment Gambino opened the show with “Algorhythm”, an exclusive song sent to concert attendees via email, the audience understood that they were about to witness the very best of contemporary music. Seeing him live was like being converted to a religion the audience didn’t even know existed—one which combined visuals and instrumentals to create a performance that made us understand that were were witnessing the best of what is happening in music right now.

To capture the hearts of a sold-out stadium in nothing but grey trousers is quite a feat. The stage was large, and although there were the occasional backup dancers and supporting singers, Gambino commanded the space with ease. His energy was infectious. When Gambino dove into “I. The Worst Guys” and “II. WORLDSTAR” from his because the internet (2013), the atmosphere turned ritualistic as the audience echoed Gambino’s “WOOOOORRRLLLDD-STAR” chant over and over again. His loud smile accompanied his trademark jaunty strut. He is the 21st century Willy Wonka—eccentric, crazy, genius. Gambino would jump, only to cascade down to the floor on his knees. The stage was his. It wasn’t simply a gig, but a Grecian drama.

The concert featured much-anticipated performances from July’s two-song Summer Pack. Summer Pack is a testament to Gambino’s versatility as an artist. Although his previous albums featured hard-hitting, bass-heavy songs such as “Bonfire” from Camp (2011), Summer Pack shines a spotlight on his ability to craft a love-letter to the heat of summer. His performance of “Summertime Magic” was basked in magenta lights, matching his crisp vocals beautifully, elevating him above the status of a simple studio musician. During “Feels Like Summer,” featured in the latter part of the set, amber lights and city visuals bloomed onto stage, matching the aesthetic of his recently-released music video.

Gambino’s performances from his latest full-length album, Awaken, My Love! (2016) were backed with impressive, soulful instrumentals. His performances fully conveyed how the album transcended conventions, combining hip-hop with jazz and funk. He smoothly transitioned from the first half of “Stand Tall” to the album’s opening song, “Me and Your Mama.” When he embarked upon the catchy “Boogieman”, the audience couldn’t help but dance.

The concert turned into a sermon with Gambino’s performance of “Have Some Love,” featuring four gospel singers. However, Gambino is not only a spiritual man, but a political artist.  He shined a light upon his creative process, speaking about how certain songs, like “Riot” and “This is America,” were inspired by the violence of the 2015 Baltimore protests. His heartbreakingly beautiful performance of “Riot” firmly established itself as a moving force within the Black Lives Matter movement.

“This is America” was as jaw-dropping as you would expect. The crowd was superb, shouting the lyrics like they were about to start a march. He introduced backup dancers dressed in school uniforms mirroring those featured in the music video. Each individual had their moment to shine on stage, treating the audience to breakdancing, “flossing,” and even a backflip. “We just wanna party.” he sings, “Party just for you.” And we do. We party for him, and we party for us.

Perhaps the most impressive performance of the evening was “Terrified”. The lights went dim and smoke filled the stadium, filtering through rainbow lights. Gambino’s voice crept out of the darkness, as he emerged through the fog, a solitary figure. The stadium turned into a dark forest, with Gambino’s clear, haunting vocals wrapping themselves around the audience, asking us to “hide / You know that you’re the one who’s terrified.” His “la-la-la-la”s echoed throughout the arena, feeling like fingers slowly dragging down your spine.

As the audience pushed for an encore, the screens showed black and white footage of Gambino backstage, drinking water, and beckoning us to scream louder. He came back on stage, starting his encore with “Sober” from Kauai (2014), encouraging fans to jump along with him. Old favorites like “V. 3005” and “IV. Sweatpants” were met with equal enthusiasm. And yes, of course, he finished with a magnificent performance of “Redbone” that left the audience feeling the guitar solo reverberating throughout their bones. Throughout the show, Gambino continuously stressed how special this performance felt, saying that the D.C. show was the first one that sold out.

During “Redbone,” Gambino leapt off the stage, walking through the audience. The scene was biblical. He shook various hands and gave out high-fives as the camera followed him, showing him dripping in sweat as he concluded his sermon. “What did I tell you? Didn’t I tell you? This is Church. This is Church.” He wasn’t wrong.

You go to a Childish Gambino performance, and you come out as a different person. The audience left with glazed eyes, tired feet, and a deep, happy ache—a satisfaction in knowing that they had been a part of something special. It wasn’t a concert. It was experience. It was catharsis. It was art. The performance was not just perfect, but important. Welcome to the Church of Childish Gambino. Everyone is welcome here. 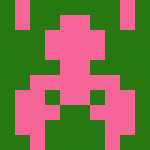 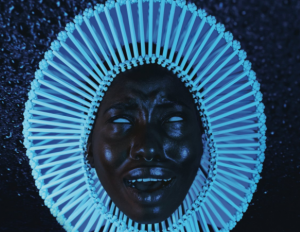 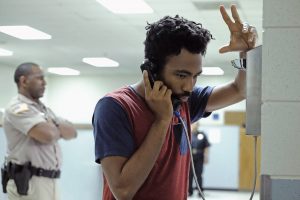 Why Glover’s Atlanta is Essential TV