In the past month, Childish Gambino released the most earth-shattering song and music video I’ve ever seen, the Met Gala convinced me to convert to Catholicism (and then the Catholic Conservative twittersphere unconvinced me), Kanye West dropped what I consider to be a terrible 23 minutes of music, and Ocean’s 8 murdered me and then brought me back to life. Unfortunately, I had to write a combined 60 pages of final essays which made me emotionally volatile and the Voice’s website was having an equitable meltdown. And then school ended and I got lazy and the website was still down. So here are my far-too-late but still valid takes on all that happened in pop culture in the past month or so.

1. Childish Gambino’s “This Is America”

If you didn’t already know that this country was a dumpster fire then “This Is America” had to be your vital awakening. The song and music video are brutally honest pieces of art that force the viewer to watch an incredibly dense four minutes of Gambino dancing in front of the camera while violence rampages through the background. The song itself goes from cheery and lighthearted to angry and powerful multiple times, and at the end of it all the only feelings you have left are terror and amazement. Even though it was released over a month ago now, it still deserves to be talked about, and will continue to be relevant for a long time in the future.

I am still reeling at this goddamn thing. SZA looked like a galactical cotton candy glitter dream. Rihanna was the pope. Zendaya was Joan of Arc. I don’t know what Nicki Minaj was supposed to be but she looked hot as hell. It was every girl’s sacreligious dream. Twitter conservatives blasted the gala for “taking their culture” and for “appropriating catholicism” and the rest of Twitter laughed in their faces. It was the spectacle 2018 needed and I am still here for it.

Okay this was a bad piece of music, people. It would be a bad piece of music regardless of Kanye’s weird obsession with Trump. It’s bland and strange and makes me feel uncomfy but not in the way emotional music is supposed to make you feel. It got the lowest rating from Pitchfork of any of Kanye’s previous albums, a 7.1, with the review itself not giving the rapper much praise at all. Though there are many who still claim Kanye to be a genius, and who still stand by him regardless of his lackluster music or outlandish acts on social media and beyond, I think I’ll stick to the old music. It’s so good, why bother listening to anything else?

I’m sorry folks I’m still recovering I have no words for you just go watch this gem of a movie.

5. ALSO WHILE THIS WAS BEING WRITTEN AND EDITED BEYONCE DROPPED A SURPRISE ALBUM but that deserves a 2000-word think-piece/epic poem of admiration (also ya girl doesn’t have Tidal). 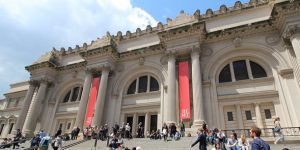 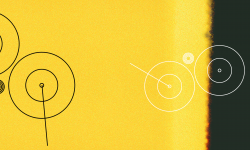 House music is back, with credit to its roots